Home / Blog / Can I Lend My Gun to Someone for Self-Defense? | Texas

Can I Lend My Gun to Someone for Self-Defense? | Texas 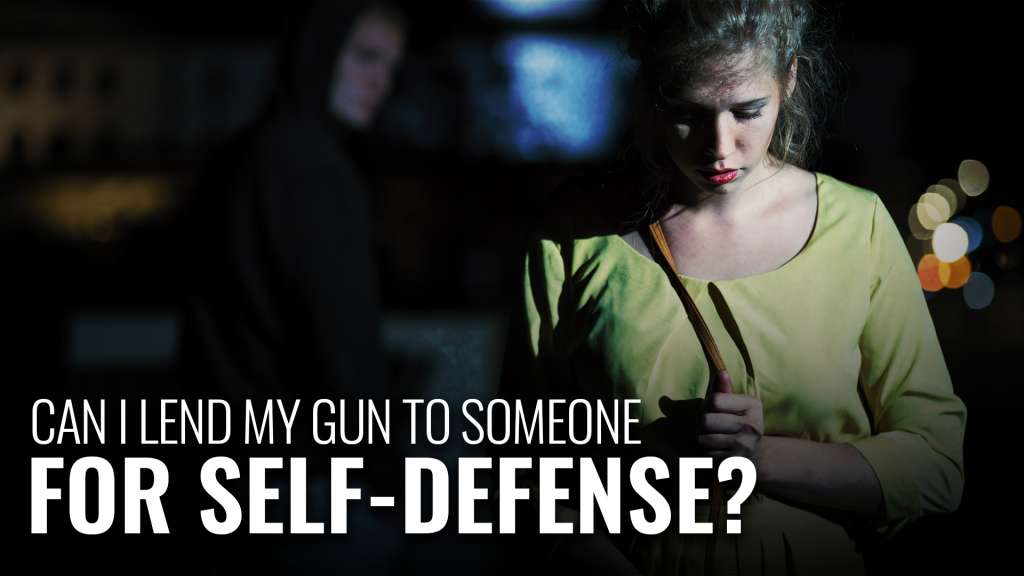 In light of the pandemic, folks are stuck at home and left wondering: Can you lend a gun to someone for self-defense?

For the most part yes, but there are a few things to watch out for under Texas law.

Texas Penal Code § 46.06 makes certain firearm transfers a crime. For example, it is a crime to knowingly loan or give a firearm to a person, knowing such person intends to use it unlawfully or in the commission of a crime.

Texas Penal Code § 46.06 also makes it a crime to knowingly loan a firearm to a minor (person under 18 years of age) without the effective consent of the minor’s parent or person who has legal custody of the minor.

Texas Penal Code § 46.13 criminalizes knowingly making a readily dischargeable firearm accessible to a child (a person under 17 years of age). There are exceptions to this law for things, such as hunting or sporting purposes with the supervision of someone older than 18; and access predicated on an act of lawful self-defense. But in our original example, simply lending a child a loaded firearm would be prohibited.

Federal law criminalizes the transfer of a firearm to a known prohibited person, and the possession of firearms and ammunition by prohibited people. Prohibited people include those convicted of misdemeanor crimes of domestic violence and convicted felons, and persons under an active protective order.

The prohibition under Texas law is a little different, after enough time has passed. Under Texas Penal Code § 46.04, it is a crime for convicted felons to possess firearms. However, after the fifth anniversary of the felon’s release from confinement, supervision, or parole—whichever is later—a felon may possess a firearm in the place where they live. Keep in mind, this transfer is illegal under federal law.

Curiously, Section 46.04(a)(4) states that it is only a crime if someone “knowingly sells” a firearm or ammunition to a felon who is within 5 years of being released from prison or court supervision, which ever is later.  However, transferring (in any manner) a firearm or ammunition to a felon at any time is a violation of federal law, therefore we urge you not to do this. It is often the case that local police will refer cases which do not violate state law to the U.S. Attorney’s Office for possible federal charges.

WHAT YOU NEED TO KNOW

If a third party does not fall into one of these restricted or prohibited categories, you should not be liable if he or she is forced to use your gun in self-defense.

If you have any questions about lending your handgun, rifle, or shotgun to a third party, contact Texas LawShield and ask to speak to your Independent Program Attorney.