The Reality of Domestic Violence 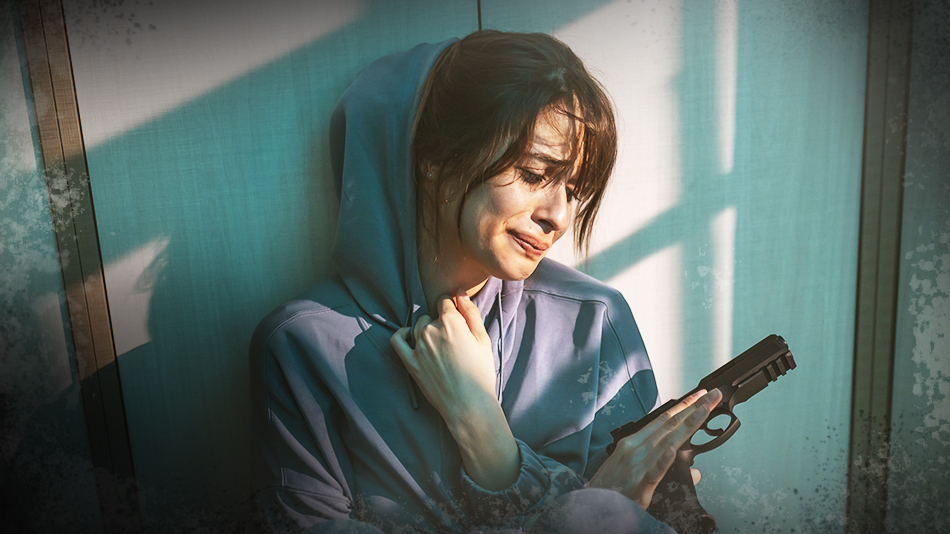 Domestic violence is a serious problem, one that has only worsened during the pandemic-related lockdowns and restrictions. In fact, according to a study by the American Journal of Emergency Medicine, it’s a measurable increase. The San Antonio Police Department in San Antonio, Texas, reported an 18% increase in domestic violence calls in March 2020, as compared to March 2019; the Jefferson County Sheriff’s Office in Jefferson County, Alabama, noted a 27% increase during the same time frame; and the Portland Police Bureau recorded a 22% increase in domestic violence-related arrests in Portland, Oregon, immediately following the city’s late-March 2020 lockdowns. This is an issue that has always existed; it simply got worse during lockdowns and continues to grow in severity—and everyone should be more aware of it.

How Common Is Domestic Violence?

Unfortunately, cases of domestic violence are extremely common. A detail that’s important to be aware of—one missed by many—is that women aren’t the only ones who are abused. According to the National Domestic Violence Hotline (The Hotline), instances of stalking, physical abuse, or rape by an intimate partner victimize 24 people a minute. The National Coalition Against Domestic Violence (NCADV) also states 1 in 3 women and 1 in 4 men experience a form of physical abuse. Of course, those are only the reported cases. The perception of shame tied to being abused is real and leads to unreliable statistics due to how often it isn’t reported, and if you’re male, odds are higher you’ll never admit it to anyone, let alone report it. Then there’s the fact that many abusers have a charming public face and are good at manipulation, making it a challenge to get people to believe the abuse is taking place.

How Does Domestic Violence Affect You?

Here’s the sad reality: domestic violence affects you even if you have never gone through it yourself, because someone you know and care about probably is being abused. It might be a family member, a close friend, or a coworker; the statistics mentioned above speak for themselves. According to Verywell Mind, signs of abuse in someone else include the following:

The NCADV lists the following as traits commonly seen in abusers:

Other signs someone is abusive listed by the NCADV:

What Are the Mental Effects of Domestic Violence?

The effects of abuse are many, but it’s the mental side of things that is often misunderstood. It might seem as though the victim is protective of their abuser. Maybe they deny the abuser would ever do anything that wasn’t in their best interest, or perhaps they flat refuse to acknowledge the abuser’s actions are wrong. This all happens for a few reasons, one of which is known as gaslighting. The Hotline defines gaslighting in the following way:

This term comes from the 1938 stage play Gas Light, in which a husband attempts to drive his wife crazy by dimming the lights (which were powered by gas) in their home, and then he denies that the light changed when his wife points it out. It is an extremely effective form of emotional abuse that causes a victim to question their own feelings, instincts, and sanity, which gives the abusive partner a lot of power (and we know that abuse is about power and control). Once an abusive partner has broken down the victim’s ability to trust their own perceptions, the victim is more likely to stay in the abusive relationship.

An anonymous source summarized the effects and aftermath of gaslighting:

You really don’t see how bad things are until you get some distance, physically and with the passage of time. Even if some part of your brain knows there’s something seriously wrong in your relationship, you’re embarrassed to admit it, even to yourself. Then there’s the fact you may not even see it all until you get away from the person abusing you. It’s only later, as time goes by, you have these lightbulb moments where you realize “wow, so that wasn’t normal, or healthy.” Even to this day, over a decade later, there are moments I realize something that happened was so far outside the bounds of normalcy it’s a little mind-blowing.

It's understandable to feel frustrated by someone’s refusal or seeming inability to acknowledge abuse, but there are reasons for it. Try to be patient while also remembering you can only do so much to help.

You Are Worth Defending

Here’s what victims of abuse need to know and believe: they are worth defending. You are worth defending. Your life has value. If you have trouble grasping that, look at it another way: if you have kids, experiencing abusive situations may affect their well-being and development. You need to be aware that abusers may also abuse the kids in the house; it isn’t restricted to significant others. Also, if you see yourself as a necessary sacrificial lamb, remember that there will be no one to protect your kids if and when something happens to you, so make a safety plan. No kids? You are worth defending whether you have kids or not. It might seem hopeless now, but there are so many reasons to get out and countless things you can do if you leave a bad situation.

Bottom line? We’ll say it again: you are worth defending.

How Often Do People Die from Domestic Violence?

More than 10 million people are abused annually, and some of those cases end in death. Domestic violence is one reason law enforcement first looks at a significant other in homicide and missing persons cases. Shelter House Domestic and Sexual Violence Center reported an estimated 16,800 domestic violence-related murders in one year. The NCADV mentions the fact that, of intimate partner homicides, approximately 20% are not the victim of domestic violence being killed but rather their friends, family members, law enforcement officers who tried to intervene, neighbors, or bystanders.

While some sources mention that having a firearm in the home increases the risk of being murdered by an abuser, it is important to remember these are the actions of people, not inanimate objects. Additionally, many existing laws are designed to prohibit an abuser from possessing a firearm. It’s also vital to note that lawfully possessed firearms are legitimate tools for self-defense in cases where there is an imminent threat.

What Steps Can I Take While Living in an Abusive Situation?

The Hotline gives the following safety tips while living in an abusive relationship:

The following tips are also from The Hotline for those living in an abusive relationship when they have children:

How Do I Get Out of an Abusive Situation?

The Hotline gives the following tips for how to leave an abusive relationship:

Remember, you are worth defending. It might not seem like it today, but the situation you or your loved one is in does not need to be permanent. There are resources for help both locally and nationally, including the National Domestic Violence Hotline at 1-800-799-SAFE (7233).