Home / Blog / Living in the Big City: The Unique Ways Gun Laws Are Applied In This Major Virginia City

Living in the Big City: The Unique Ways Gun Laws Are Applied In This Major Virginia City 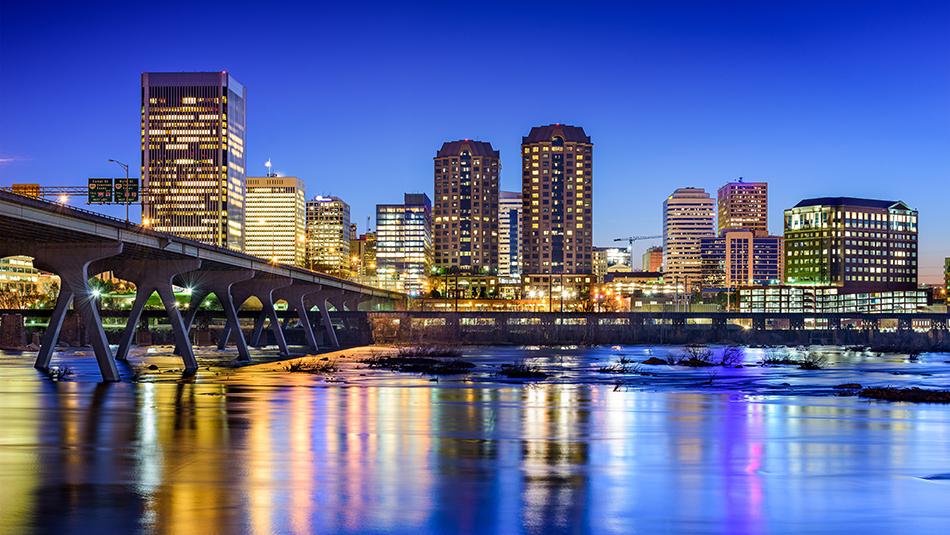 Richmond, Virginia, with its extensive and rich history, is often a favorite historical site to visit. But as someone who is always prepared to defend yourself, what do you need to know before you plan your next trip there? Can you carry throughout the city? At the capitol? Are there special restrictions you need to know about?

Open vs. Concealed Carry in Richmond

Generally speaking, you must have an appropriate license to carry a concealed handgun while in Richmond, but you may open carry a firearm without a license. If you choose to open carry without a license, you should be aware of  Va. Code § 18.2-287.4, which makes it a Class 1 Misdemeanor to carry a “semi-automatic center-fire rifle or pistol that expels single or multiple projectiles by action of an explosion of a combustible material and is equipped at the time of the offense with a magazine that will hold more than 20 rounds of ammunition or designed by the manufacturer to accommodate a silencer or equipped with a folding stock or… shotgun with a magazine that will hold more than seven rounds of the longest ammunition for which it is chambered on or about [your] person on any public street, road, alley, sidewalk, public right-of-way, or in any public park.”

Richmond also prohibits all open or concealed carry with a Concealed Handgun Permit (“CHP”) in local government buildings, parks, community and recreation centers, permitted events, and adjacent streets. While signage should be provided at the entrances of the prohibited areas, this can make legally traveling to Richmond with a weapon for some events difficult or impossible.

In the past, it used to be lawful for those with a valid CHP to carry a firearm into the State Capitol and General Assembly building in Richmond. However, starting in January of 2020, it became unlawful to carry a concealed weapon into the State Capitol and General Assembly buildings. Carry on Capitol grounds remains generally lawful but may be temporarily prohibited during certain events.

While visiting parts of Richmond, it is, unfortunately, common to see restaurants and bars with “no gun” signs. Should you choose to patronize such establishments, remember that while “no gun” signs do not generally carry the force of law, if you admit you saw the sign and received notice that you were not supposed to have a firearm in that location, or you are asked to leave and refuse, either scenario may act as the basis for a trespassing charge.

Another common area that causes questions for gun owners is the Virginia Commonwealth University (VCU) campus. Weapons are generally prohibited on VCU’s campus by 8VAC90-60 VCU. This prohibition worries gun owners, as many public streets run through the VCU campus. However, 8VAC90-60 only limits weapons inside “academic buildings, administrative office buildings, medical venues, clinics, laboratories, research facilities, student residence buildings, and dining facilities; or while attending sporting, entertainment, or educational events.” So anyone otherwise lawfully carrying a firearm may continue to carry while traversing through the VCU campus, so long as they stay out of buildings.

Richmond Virginia is a historic city, and one that is well worth experiencing. But if you choose to carry a weapon when visiting, make sure you pay attention to the laws so that you avoid legal problems! If you have further questions about carrying a weapon in Richmond, contact U.S. LawShield and ask to speak with an Independent Program Attorney.