What We Learned from the First Florida Red Flag Law Conviction 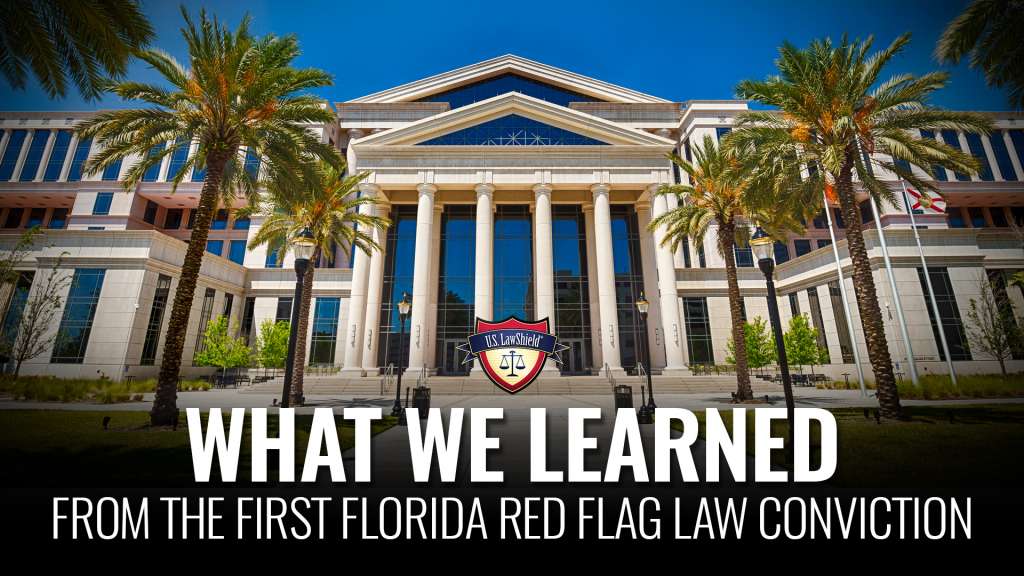 Can You Refuse a Red Flag Order?

Shortly after the February 2018 high school shooting in Parkland, Florida, the state of Florida passed its first risk protection order law, also known as a “red flag law.” Since then, Florida courts have issued a total of 2,649 risk protection orders. That is nearly five orders every day since the bill became law—as of August 2019, per Tampa Bay Times.

In December 2019, Jerron Smith became the first person convicted of failing to comply with a “red flag” confiscation order in the State of Florida. According to the South Florida Sun-Sentinel, Smith was found guilty for refusing to let law enforcement confiscate his weapons under the red flag law.

Smith was previously arrested and is still facing charges stemming from an incident where he is accused of shooting at a car driven by his friend, Travis Jackson, after an argument. After his arrest, deputies convinced the Judge in Broward County that Smith should not be allowed to possess firearms. The Judge signed a Temporary Risk Protection Order. When the deputies went to Smith’s home and informed him that he must surrender his firearms, Smith refused to do so without an attorney present.

“He never had an opportunity to understand what was going on,” said Smith’s defense lawyer Jim Lewis. “He thought he had a right to have an attorney present before the order was executed.”

Although risk protection orders are civil orders, violating them results in criminal prosecution. On December 6th, 2019, the prosecutor of Smith’s case convinced the jury of his guilt by playing a body-camera video. The video shows the deputies allegedly explaining Smith’s rights, the requirement to surrender his weapons, and noting he could have an attorney challenge the Risk Protection Order in court after he surrendered his firearms. The jury deliberated for less than an hour before returning a guilty verdict.

Broward County Circuit Judge Ernest Kollra ordered a pre-sentencing investigation for Smith, who now faces up to five years in prison for disobeying the Risk Protection Order and refusing to surrender his firearms.

What Can Gun Owners Take Away From This?

While it will be different in every state, it is important to note, when the Sheriff shows up at your door with the temporary risk protection order, you should calmly comply and surrender your weapons. Even though this is a very stressful and upsetting time, you must keep your composure and cooperate. For example, an angry or violent reaction towards the order will only bolster the case against you at the hearing on the risk protection order. The time to fight the risk protection order is in court at your hearing, not with the armed deputies on your doorstep.

As a gun owner, you must know the law. Please remember, ignorance of the law is not a defense.

Keeping gun owners armed and educated is one of our core missions at U.S. LawShield. Educational materials like videos, blog posts, and newsletters are continually produced so our members can be in the know.