Home / Blog / The ATF Just Banned Your Gun… What Should You Do?

The ATF Just Banned Your Gun… What Should You Do? 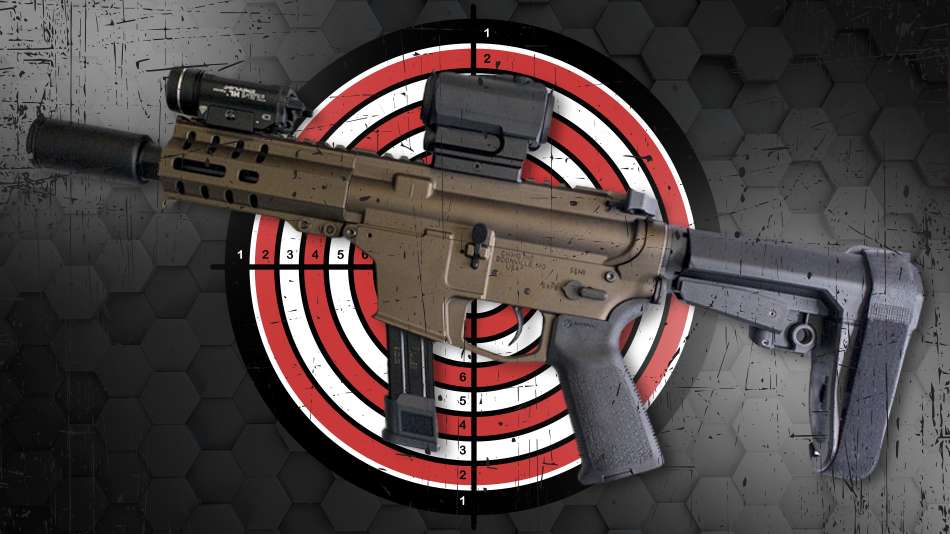 History of the National Firearms Act

All eyes are on the Bureau of Alcohol, Tobacco, Firearms and Explosives (“ATF”) right now. The ATF is the regulatory agency for the firearms industry, which gives it the power to interpret and apply federal laws governing firearms. Two laws of particular importance are the National Firearms Act (“NFA”) of 1934 and the Firearm Owner’s Protection Act (“FOPA”) of 1986. These two pieces of legislation define and regulate the possession of machine guns, short-barreled rifles or shotguns, and suppressors (among others)—commonly referred to as NFA items.

The NFA regulated the possession of certain items thought to be commonly used in gang violence. In 1986, lawmakers further regulated “machine guns” by passing a law forbidding civilian possession of any machine gun not currently in circulation. This meant the number of transferable machine guns that existed on the market was fixed at the number registered and in circulation on May 19, 1986. Other NFA items can still be manufactured and added to the NFA registry. Because of the tight regulations around these classes of weapons, part of the ATF’s job is to interpret the legal definition of what is and is not an NFA item and apply it to thousands of new products coming onto the market.

This Has Happened Before…

Occasionally, the ATF changes the classification of an item from an ordinary firearm to a firearm regulated by the NFA. One of the most recent and high-profile examples of this is the ban on “bump stocks.” When this product was introduced, it was examined by the ATF and determined not to be a “machine gun” as defined under the NFA. But after allegations that a bump stock was used in the 2017 mass shooting in Las Vegas, the Trump administration ordered the ATF to reevaluate this item. As a result, the ATF concluded that attaching a bump stock to a semiautomatic firearm converted the firearm into a machine gun. On March 26, 2019, 90 days after the rule change was published, a once-legal piece of plastic became an illegal machine gun.

How can the ATF make an item illegal? Congress grants rulemaking authority to many regulatory bodies in this country (think Environmental Protection Agency, Department of Transportation, etc.). This rulemaking authority gives federal agencies the power to create regulations surrounding how laws are interpreted and enforced, and these regulations have the full force of law. This is how the ATF can generally change the law effectively without actually changing the black letter of the statute.

But How Could This Happen?

How might someone come into possession of an unregistered NFA item? The first (and increasingly less common) method is inheritance. It isn’t unheard of for family members of a deceased combat veteran to find a “bring-back” souvenir machine gun when they examine that person’s possessions. Unregistered NFA items, whether they’re suppressors, short-barreled rifles/shotguns, machine guns, or any other NFA item are illegal to possess or transfer and cannot be passed through inheritance. Per the ATF’s website, any such unregistered NFA item found in an estate is contraband and should be surrendered to the ATF.

Be Prepared for Changes

You might be thinking, “Well, I don’t have any illegal weapons, so I’m not worried.” However, the ATF is constantly applying scrutiny to products that are on or will come on the market. This leaves the real possibility that an ATF rule change could make your legally owned weapon or accessory illegal to possess. When the ATF redefined bump stocks from a legal accessory to an illegal machine gun, owners had a 90-day grace period from the officially published notice of change to surrender or destroy their once-legal item. Pistol brace owners are now worried about a similar situation, thanks to recent ATF cease-and-desist letters to SB Tactical and Q Honey Badger requesting the suspension of all manufacture and transfer of pistol braces unless they are registered under the NFA.

What should you do if you think you may be in possession of an unregistered NFA item? It is crucial that you consult an attorney immediately to determine whether you are in illegal possession. Remember: ignorance is not a legal excuse, so consult a lawyer before taking any other step.

The ATF also provides guidelines on what to do in these instances. If the NFA item is legally registered and found in a deceased person’s estate, it can be inherited by that person’s lawful heir. However, as mentioned earlier, if the item is unregistered, it’s contraband and must be surrendered. The ATF’s website recommends contacting a local ATF branch office to arrange a time to surrender the weapon.

Destroy or Turn In

But what if a rule change applies to your weapon? When the ATF banned bump stocks, it gave owners two options: destroy the bump stock or surrender it to the ATF. The agency provided guidelines on how to properly destroy the bump stock via “crushing, melting or shredding the bump stock” so that it was “made incapable of being readily restored to its intended function.” Any ATF rule change to pistol braces will give the public an opportunity for comment. As of the writing of this article, the ATF has withdrawn notice that it will regulate all stabilizing pistol braces through the rulemaking process. If and when the ATF changes a definition of a part, they will announce it on their website. Additionally, the firearms industry media covers these events extensively. You’ll likely find guidance on the National Shooting Sports Foundation’s (“NSSF”) website as well as any number of firearms news websites.

As a regulatory agency, the ATF is continuously updating its definitions of what is and is not legal. The firearms industry is constantly producing new products that must be evaluated, and as you’ve seen, the ATF may initially determine an item does not fall under the classification of an NFA item but later changes course. For more information on how changing ATF definitions could affect you, contact U.S. LawShield and ask to speak to your Independent Program Attorney.