3 Steps You Can Take to Protect Your Guns Now 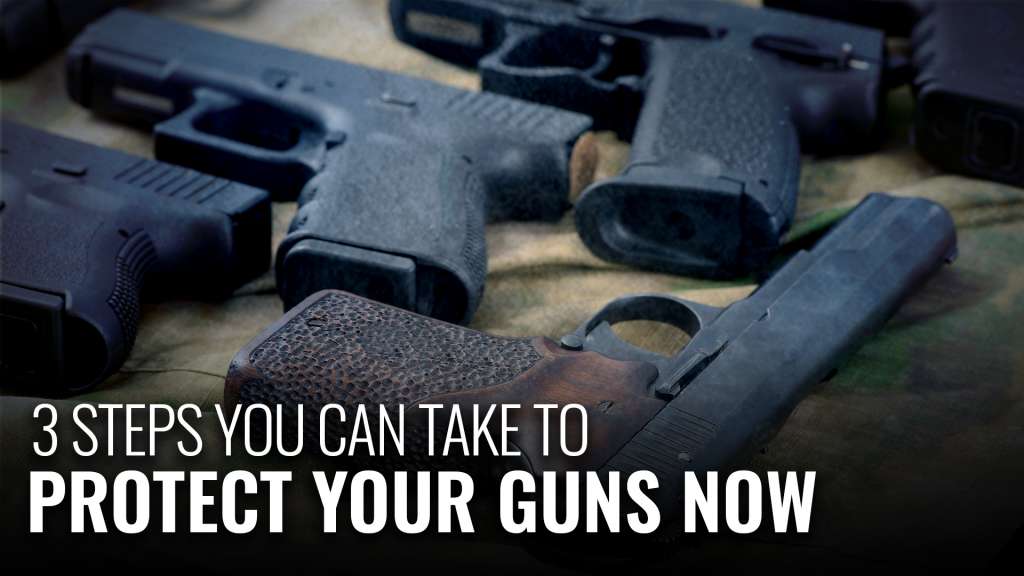 Thieves don’t only steal guns from cars; in fact, they will take guns from wherever they can find them, even from your home…

A Watonga, Oklahoma man spent years assembling his collection of new and old hunting rifles and other firearms. When word got out about his personal cache, it piqued the interest of local thieves, and over the course of a few months in 2019, his house was burglarized four times. Nearly thirty of his rifles and shotguns were stolen.

Police were able to recover 14 rifles, but the remaining rifles with a value of over $30,000 are still missing and may never be found.

In another state, a Murfreesboro, Tennessee gun collector had a gun collection that took him 35 years to amass. Unfortunately, a group of 5 thieves carried out his locked gun safe containing 15 rifles and 6 handguns.

Also, in Tennessee, a few months prior, a Memphis police officer had his gun collection stolen from his home when he failed to lock his gun safes. In all, 17 handguns, shotguns, and rifles were taken.

How did these crimes occur?

In the Oklahoma case, the guns were not stored securely. The Memphis gun owner stored his guns in safes but neglected to lock the safes properly, choosing to leave the dials set to turn to a single number to open for convenience. The Murfreesboro collector had his guns in a safe, but the safe itself was taken.

Homeowners and collectors alike are fearful that their rifles and handguns could end up in the hands of criminals who could use them to commit other crimes. What is a gun collector to do to protect their firearms from theft?

Secure Your Guns and Your Home

There are no shortcuts when it comes to security.

Gun safes are universally recognized as the best way to protect your firearms from unauthorized persons gaining access, but only if you lock them properly and securely. For large collections however, some have opted to build a secure room with special locks, access devices, and alarms.

Regardless of the type of security system you utilize, it is important that you also record the serial number, make, and model of all your firearms and keep this information, along with any purchase receipts, stored away from the firearms.

This information will be invaluable if your weapons are stolen.

If you’re ever the victim of gun theft, we at U.S. LawShield want you protected, which is exactly why we created Gunowner Identity Theft Coverage, so you can have the peace of mind knowing you’ll have access to an Independent Program Attorney ready to help you prepare for the legal aftermath.