Home / Blog / Second Amendment Sanctuaries: Do We Need Them in the U.S.?

Second Amendment Sanctuaries: Do We Need Them in the U.S.? 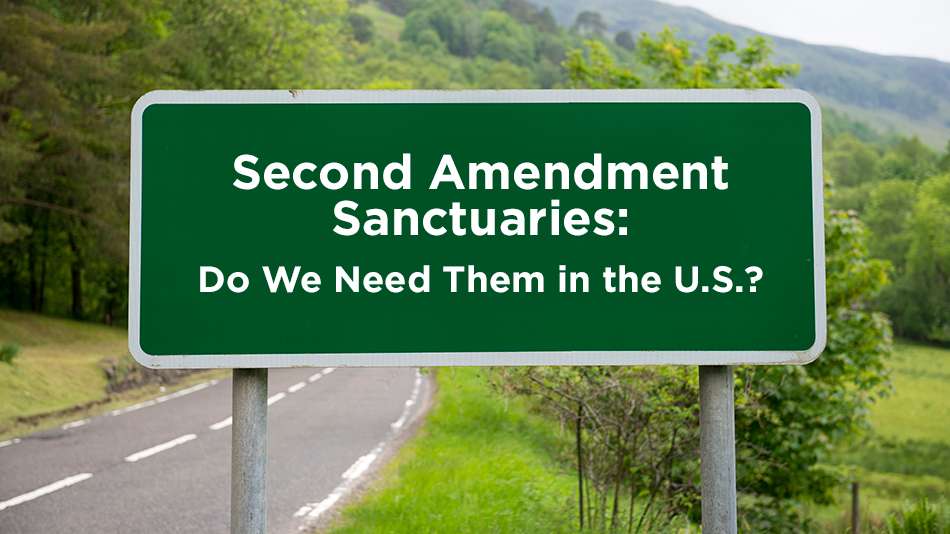 Certain states and cities are increasingly proclaiming themselves “Second Amendment sanctuaries,” but given we are all granted these rights within the United States of America, what does it mean to be a sanctuary?

Let’s start with defining the term. Generally, a 2nd Amendment sanctuary is a city, county, or other jurisdiction that has adopted a resolution declaring that restrictive gun control laws passed by a higher legislative body, such as the federal government or a state legislature, violate the Constitution and will not be enforced in that jurisdiction. These resolutions are intended to send a strong message to legislators that law-abiding gun owners, represented by their local governments, are opposed to such gun control measures.

Now, let’s take a closer look at these Second Amendment sanctuaries and why this trend is picking up steam across the nation.

A Growing Trend Across the U.S.

2nd Amendment sanctuaries have multiplied over the past few years. More than 1,200 jurisdictions in 37 states have adopted resolutions opposing the enforcement of state and federal laws that violates the Second Amendment. Sanctuaries are found across the nation, from Paris, Maine to Lake County, Florida; Needles, California to Kenai, Alaska.

Inspired by the recent expansion of the immigration sanctuary movement, law-abiding gun owners and their local governments saw the need to re-assert their Second Amendment rights. Many feel that current laws and pending legislation—ranging from universal background checks and magazine restrictions to extreme risk (“red flag”) orders—would infringe the individual’s constitutional right to bear arms. Years earlier, several states, including Alaska and Kansas, had passed resolutions declaring they would not comply with any federal gun laws they viewed as unconstitutional. These resolutions served as models for the Second Amendment sanctuary movement.

Committed gun owners can take the initiative to persuade local officials and policymakers to adopt Second Amendment sanctuary resolutions. For example, the Minnesota Gun Owners Caucus provides recommended steps to accomplish this goal, including coordinating efforts with other gun activists, communicating with law enforcement and legislative officials to urge them to action, and attending public legislative sessions to present petitions calling for a sanctuary resolution.

Why the Trend to Second Amendment Sanctuaries Now?

Second Amendment sanctuaries are a direct response to other types of sanctuaries, particularly those created over the past decade by localities that have passed resolutions to limit their cooperation with federal enforcement of immigration laws. But sanctuaries have a deeper rooted history.

Sanctuaries arose in ancient Greece and Rome, where temples offered protection to fugitives from the law. Early Christian churches also served as sanctuaries, offering similar protections. Authorities would not desecrate a church by engaging in conflict or attempt to forcibly remove a wrongdoer from the sanctuary. Typically, the suspect would remain in the sanctuary until he could negotiate a solution, such as making restitution to an aggrieved party or agreeing to go into permanent exile. Over the years, the role of churches as sanctuaries steadily declined. In modern times, embassies often serve as similar sanctuaries.

What Does the Sanctuary Movement Mean for Gun Owners?

First, these “sanctuary” laws do nothing to prevent a local U.S. Attorney in your state from prosecuting you for a violation of federal law. On the other hand, the laws may not even be legally necessary; the right to keep and bear arms is expressly guaranteed by the Second Amendment, and the U.S. Supreme Court reaffirmed that such a right was fundamental in the Heller decision. District of Columbia v. Heller, 554 U.S. 570 (2008). In the event of any conflicts about Second Amendment rights, federal law supersedes state law and local ordinances. The Federal District Court in your state has the authority to determine whether any infringement on your firearm rights—local, state, or federal—is constitutional. Ultimately, any appeal of these issues will take place in the federal circuit courts and/or the U.S. Supreme Court.

For more about Second Amendment sanctuaries and how they could impact your gun rights, contact U.S. LawShield and ask to speak to your Independent Program Attorney.