Permitless Carry: Concealed Carry for Everyone? 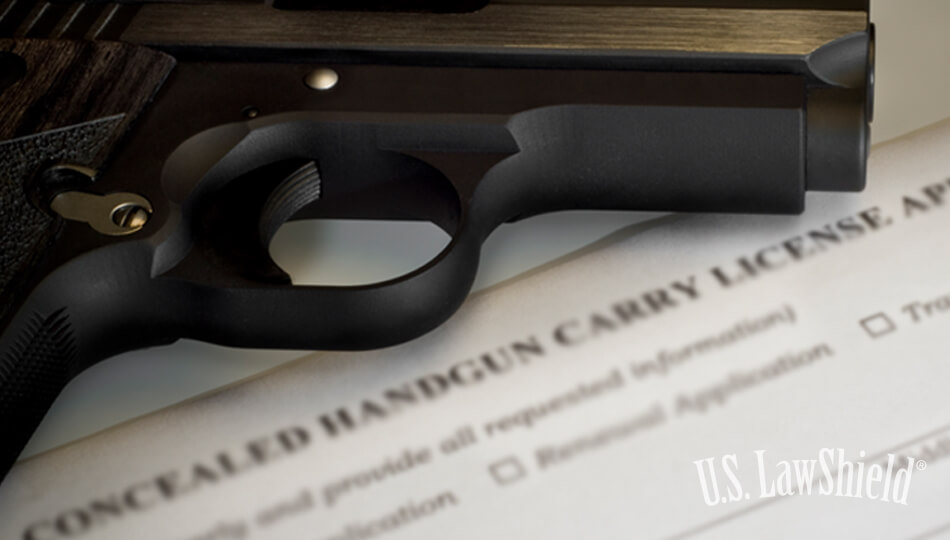 With 25 states now having adopted permitless carry, also known as constitutional carry, it appears that the national attitude regarding who should be allowed to carry a gun in public is shifting more and more towards a general pro-gun stance. While permitless carry states still maintain some restrictions on who can carry a firearm, as well as where and how that firearm can be carried, for the most part if someone is legally allowed to own a firearm in a state with a permitless carry law in place, they may carry it concealed in public. Except for Vermont, all the states that have a permitless carry law still have a permitting process in place for those who wish to obtain one. The state simply doesn’t require eligible residents who wish to carry a concealed handgun in public to get a permit to do so.

How Attitudes Towards Permitless Carry Have Changed

It’s impossible to put a number on how many individual personal attitudes may have changed regarding permitless carry, but one thing that’s irrefutable is that there has been a significant rise in the number of states adopting permitless carry in the last 20 years. Prior to 2003, Vermont was the only state where it was legal to carry a concealed firearm without any sort of permit at all. In 2003, Alaska became the second state to allow eligible residents to carry a concealed firearm with no permit. Since then, 23 other states have enacted some form of permitless carry. Of the 25 states that allow permitless carry, 21 have passed these laws in the last seven years. Put another way, there has been a 525% increase in the number of permitless carry states during the last seven years.

While the conversation surrounding gun control remains just as divisive as ever on the national level, recent history would suggest that state lawmakers increasingly see a benefit to removing the permit process traditionally associated with carrying a concealed gun in public. Professor David Yamane of Wake Forest University notes that:

So, while the debate rages on, the reality is that the last 40 years have seen a massive increase in the ability for normal everyday people to choose to carry a concealed firearm and be able to do so legally. Given the trend of the last seven years specifically, and the number of states that have some variation of a permitless carry bill making its way through their respective legislatures, it’s not unreasonable to assume that sometime soon permitless carry will be the most common way that states choose to handle their concealed carry permitting structure.

Is Permitless Carry a Threat to The Public?

According to a survey from 2018, there are at least 393 million privately owned firearms in the United States. Today, that number is likely higher. Keep in mind, that as of 2022 the U.S. population is estimated to be 332 million.. All of this adds up to something that’s relevant to the overall conversation regarding permitless carry: There are currently more guns than people, in the United States. This is important information to keep in mind because the reality is that the number of negative incidents associated with firearms is incredibly low when compared to just how many firearms there are. Yamane examined data available to the public regarding firearms ownership as well as the negative outcomes associated with firearms and found that:

Anyone who wants to do the division on all of the above negative outcomes can. For my purposes here, I will just select some of the combined categories at the end for summary purposes.

Looked at the other way around, 99.999% of guns, 99.95% of gun owners, and 99.92% of gun owning households are NOT involved in any fatalities involving firearms annually. (Yamane, Light Over Heat #1: Just How Normal Are Guns and Gun Owners, Anyway?)

It’s important to note that Yamane’s observations regarding the available data doesn’t account for repeat offenders, or the same gun being used in multiple negative events. Additionally, there’s no consideration for the percent of incidents that jeopardize the public versus those that effect only a single individual. While it’s impossible to know exactly what the numbers would be if those factors were considered, there’s quite a bit of evidence that suggests the public is at risk of violence from only a small percentage of its members:

All of this suggests that despite the concerns expressed by some regarding the danger of permitless carry to public safety, there’s very little reason to think that those who are eligible to carry a concealed handgun in a permitless carry state will ever be involved in a negative outcome with a firearm or jeopardize the safety of anyone. Yamane’s conclusion regarding the data he examined is particularly relevant here:

Without trivializing the direct and indirect effects of serious mistakes, negative outcomes, or criminal victimization with firearms, these data underwrite my idea that guns are normal and normal people use guns.

The overwhelming majority of guns, gun owners, and gun owning households are not involved in any of the deviant behaviors involving firearms analyzed above.

The perspective that underwrites my work inverts the typical questions social scientists ask about guns: As plentiful as gun owners and as dangerous as guns are, why are there so FEW negative outcomes with guns in general? (Yamane, Light Over Heat #1: Just How Normal Are Guns and Gun Owners, Anyway?) (emphasis added)

Should a Concealed Carry Permit Be Required for Safety?

Self-defense is a basic human right. The fact of the matter is that applying for a concealed carry permit, especially if training is required, has a monetary value attached to it. In addition to the fees associated with the permit itself, there are also the fees associated with taking whatever training class is required by the permitting process. So, the question isn’t really whether a concealed carry permit should be required. The question is should people be forced to pay the government money to have access to a basic human right or should those be available to people for free? Different people will have different answers to that question.

No Carry Permit Required: A Gun for Everyone?

States that enact permitless carry do still include eligibility requirements that must be met before someone is able to legally carry a concealed gun in public. While it’s often framed by gun control proponents like Everytown for Gun Safety as a system that lets anyone carry a gun concealed in public to the detriment of public safety, the reality is that the people who would have been denied a concealed carry permit under previous systems would likely not be able to carry a gun legally under any permitless carry law.

The simple fact of the matter is that states that enact permitless carry still have structures in place that make it illegal for a criminal to carry a gun concealed in public. Permitless carry simply places less burden on law-abiding people who wish to exercise their rights under the Second Amendment. While permitless carry does remove the requirement for training, most responsible gunowners already understand the value of training when it comes to safety, whether it be basic operation of a firearm, or keeping oneself safe in public. That’s why so many U.S. LawShield® members take advantage of the many additional benefits available to them beyond self-defense coverage, whether it be access to a non-emergency attorney hotline to learn the answers to questions regarding firearms law, or online educational resources. Responsible gunowners know the value of being prepared, and U.S. LawShield members have the peace of mind that comes from having legal defense for self-defense.

Can I Open Carry in Texas Without a Permit?

House Bill 1927, which took effect on September 1, 2021, made it legal for eligible Texans 21 and over to open carry a holstered handgun without a permit. It’s important to note that there are still restrictions under the new law on how and where handguns may be carried, and some people may not be illegible to take advantage of the new law.

Can You Conceal Carry Without a Permit in Ohio?

Senate Bill 215, which removes the licensing and training requirement to carry a concealed handgun, goes into effect June 12, 2022. The law only allows qualified Ohio residents who are legally able to own firearms to carry without a permit, and the current permitting process will stay in place for those who still wish to obtain one.

Can I Carry a Gun in Indiana Without a Permit?

House Bill 1296, which makes Indiana a permitless carry state, was approved by the Indiana State Senate and signed into law by Gov. Holcomb. Effective July 1, 2022, for qualifying adults, the new law removes the permit and training requirements to carry a gun concealed in Indiana.

Is Constitutional Carry the Same Thing as Permitless Carry?

Permitless carry doesn’t make it legal for someone who may not legally possess a firearm to be in possession of a firearm. Any person legally unable to own a gun is breaking the law simply by possessing a firearm. It would also be illegal for them to carry one whether a state has enacted permitless carry.