Weapons in the Zone: Gun Owners and Schools | Georgia 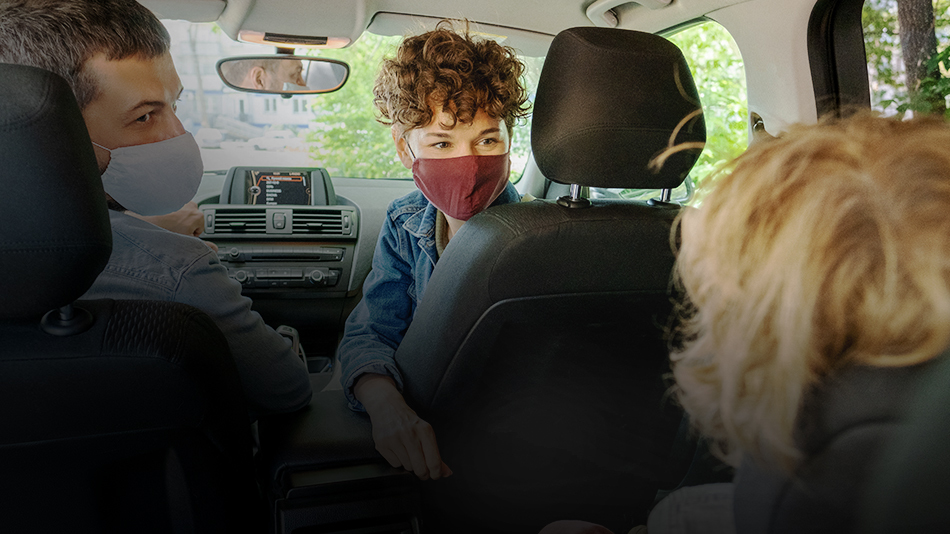 Thankfully, it’s almost time for school. Or is it? Most students in Georgia and across the United States have been out since March, so let’s make sure you’re prepared with the latest on non-lethal weapons for self-defense in school zones. And while we’re at it, let’s talk about what constitutes a school zone during a pandemic.

Can I Carry My Weapons Onto a School Campus?

Here is what we know: weapons are prohibited in a school safety zone, a school function, and any school-sponsored transportation. G.A Code Ann. §16-11-127.1.

A weapon is defined as “any pistol, revolver, or any weapon designed or intended to propel a missile of any kind, or any dirk, bowie knife, switchblade knife, ballistic knife, any other knife having a blade of two or more inches, straight-edge razor, and razor blade…” and other items such as knuckles and various clubs.

Note the length of the knife defined: two inches. While the standard size of a knife that would fit the description of a weapon requiring a Weapons Carry License is twelve inches, that is shortened to two inches in a school zone. This definition of weapon also includes stun guns and tasers, which means, as a general rule, those items are prohibited on a school campus. So, if your child carries a pocketknife at camp, or you allow such carry at home, be forewarned that they cannot do so at school.

What About Less Lethal or Non-Lethal Weapons?

Keep in mind that while we refer to weapons such as pepper spray and tasers as “less lethal” or “non-lethal” weapons, and many carry them because they give protection without being as deadly as a firearm, make no mistake: depending on how they are used, these items can still be considered deadly weapons. In 2013, for example, the Georgia Court of Appeals held in a case called Weaver v. State that “pepper spray was an instrument likely to cause serious bodily injury, and therefore defendant spraying another man with pepper spray supported aggravated assault conviction, where the victim suffered a burning sensation in his eyes and face, was in a great deal of pain, and was temporarily blinded.” Pepper sprays and chemical sprays in general are not defined in Georgia law as weapons for purposes of school zone carry. But that doesn’t mean you can carry them at a school. You should always check your child’s school policy before your child attends school with anything that could be considered a weapon.

Tasers and stun guns are defined as weapons and are therefore generally prohibited in school zones unless the possessor meets one of the statutory exemptions that allow carry of a weapon. But there’s even an exception for that when it comes to college campuses.

The provisions on restrictions when carrying tasers and stun guns do not apply to:

“any person who is 18 years of age or older or currently enrolled in classes on the campus in question and carrying, possessing, or having under such person’s control an electroshock weapon while in or on any building or real property owned by or leased to such public technical school, vocational school, college or university or other public institution of postsecondary education; provided, however, that, if such person makes use of such electroshock weapon, such use shall be in defense of self or others.”

Of course, “campus carry” (meaning carry of a firearm on a public university campus) is the law in Georgia: anyone over the age of 21 in possession of a Weapons Carry License may carry a concealed handgun on the campus of a public college, university, or institution of postsecondary education in Georgia, subject to significant restrictions in location.

These rules have been discussed with an eye toward returning to a physical campus or building for school but here’s a real twist. While some schools have reopened their physical campuses, others remain online-only, and others have implemented a combination of the two. Does online school conducted at home make your home a school zone? And if so, is it illegal to have a gun in your home while online education is taking place?

Amid sporadic reports of homes being searched by police for weapons seen by teachers while children attended online school, it’s important to address the intersection of school and home. Let’s break down the law. As we’ve discussed, the prohibition against weapons applies to a school safety zone, a school function, or school-sponsored transportation. Is your home school sponsored transportation? Obviously, NOT, so let’s mark that off the list. Is your home a school safety zone that would prohibit firearms permanently or temporarily while school is being conducted? NO. A school safety zone is defined as any “real property or building owned or leased to” a private or public school or institution of postsecondary education. If YOU are paying the bills, your home should not be considered a school safety zone.

But is Online School a “School Function?”

A school function is defined as “a school function or related activity that occurs outside of a school safety zone and is for a public or private elementary or secondary school.” Well, that sounds a lot like kids sitting on the couch or at a kitchen table on a zoom conference with a third-grade class.

Is it reasonable to believe online school would be considered a school function so that possession of a firearm would be against the law in your home if your children participate in distance learning at home?

I don’t believe so. School zones, school functions, and school transportation all deal with tangible ‘real property’ scenarios: physical locations where schools maintain a physical presence. My legal interpretation is that a digital, online presence that can be interrupted by turning off a computer or suspending the Wi-Fi signal is too weak to constitute sufficient control by the school that would make online learning a school function. Laws on school carry and at school functions are meant to prohibit carry in areas schools maintain control over and areas where schools have primary authority over children, but neither factor holds true during an online class.

If your child were to be injured, however unlikely, during a remote video session with a school miles away, could the school be found liable for failing to protect the child’s physical safety? NO. But would some parents make that argument? Possibly. And there are some out there who may honestly believe online school means the school dictates what happens in the home. So far, at least in Georgia, I’m unaware of unusual legal theories having been exercised, but a quick online search for “guns in the home during online school” will generate news articles from other states where this is becoming a concern. It’s a developing legal situation, so make sure you stay informed and vigilant.

For specific questions regarding self-defense with non-lethal weapons on a school campus, contact U.S. LawShield and ask to speak to your Independent Program Attorney.