Home / Blog / Member Story: Winning the Race to the Phone

Member Story: Winning the Race to the Phone 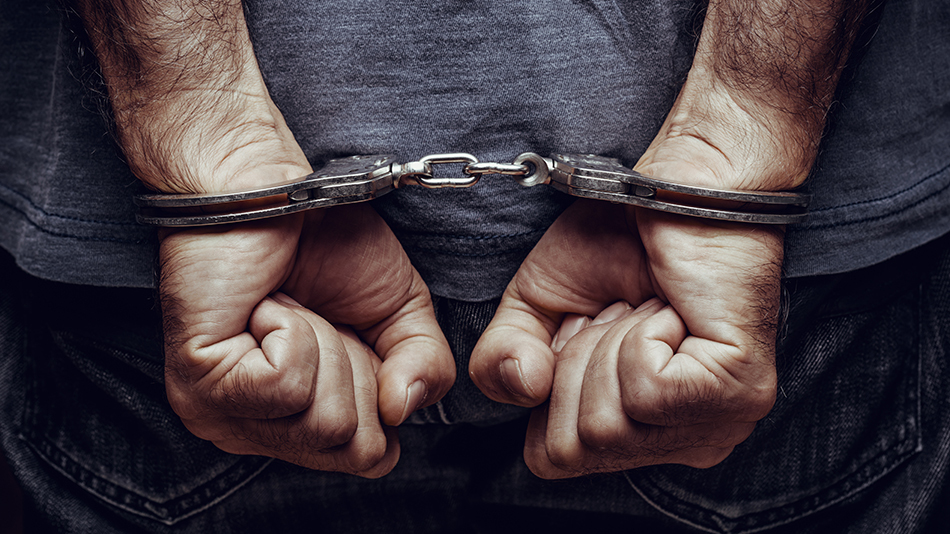 When he was faced with a credible threat, he did what he’d trained to do: used his firearm to defend not only his life but also the life of his girlfriend. Little did he know, he’d be the one behind bars before the night was through. This is one U.S. LawShield® member’s story of how he lawfully defended himself and could have lost his freedom were it not for his attorney’s help.

This is an account of a real-life story that happened to a law-abiding gun owner who is also protected by U.S. LawShield. To protect the identity of the innocent, we are not including the names, dates, or locations in this story. The self-defender, who we will call Luke in this article, is one of more than 700,000 members that U.S. LawShield protects diligently every day. This story is meant to highlight what could happen to anyone who ever has to defend themselves or their loved ones, and it is intended for educational purposes only.

The day Luke needed his Legal Defense for Self Defense® coverage most, there was a loud party taking place at his apartment complex. Luke witnessed a group of kids at the party repeatedly running their bikes into parked vehicles. Concerned about damage to his car, Luke ventured downstairs with his girlfriend to move his car to a more distant parking space. Luke had barely reached his car when a man from the party approached him. Although our member had not planned to say anything about his car being run into by the kids on their bikes, when the man questioned him, Luke responded by politely requesting that the kids ride their bikes away from the parked cars. The stranger immediately became confrontational—cursing, yelling, and attempting to goad Luke into a fight. Knowing it was wise to simply walk away, Luke did just that, heading for the stairs leading back to his own apartment. The confrontational stranger blocked the stairs for a moment, continuing his verbal threats, but finally stepped aside to allow Luke and his girlfriend to pass.

As they reached the top, however, the man charged up the stairs after them.

Under different circumstances, Luke would have lunged inside his apartment and locked the door. But his girlfriend was several steps behind him, and he refused to abandon her to the imminent threat of an attacker running at them. Luke owned a firearm for self-defense, but it wasn’t on him; his gun was sitting just inside his apartment door, where he left it in reach while he was at home. Believing he had no choice but to defend himself and his girlfriend against an imminent attack, he quickly retrieved his personal defense weapon.

Upon realizing the couple might not be the easy targets he wanted, the threatening man backed off and returned to the party. Luke knew the incident needed to be reported to local law enforcement, so he did his duty and called the police department.

Law Enforcement Involvement After the Call

When law enforcement arrived, they did not spend much time talking to Luke, but they did spend a significant amount of time talking to the man from the party. In fact, Luke said the officers spent hours with the man downstairs but only minutes with him, despite the fact he was the one who reported the incident. Apparently unsure of how to proceed, the officers on scene decided to talk to their supervisor.

In the end it was Luke who was arrested, much to his shock. He does not remember being Mirandized by the arresting officers, and later said they were vague about the reason he was being arrested. Dumbfounded by this twist in events, he forgot to call his U.S. LawShield attorney.

Luke ended up being held for most of the night before bail was eventually set at zero, which allowed him to go home. It wasn’t until after he returned home and spoke to his girlfriend that he decided to call U.S. LawShield. He was immediately put in touch with an Independent Program Attorney who began working on his case.

The Need for Legal Defense for Self Defense

Luke’s attorney summarized the events: “In this case, the client felt that both he and his girlfriend were being intimidated, and he had concerns for their safety. Having a weapon in the home may have prevented an assault. But the police made a quick decision to arrest without knowing all the facts. It is sometimes very helpful to have an attorney contact a prosecutor to give the prosecutor the correct version of the events and to possibly stop the filing of a criminal complaint. Once a complaint is filed, it is much harder to get a dismissal.”

With a qualified attorney on his side, Luke was able to relax somewhat, knowing a professional had the situation well in hand. His U.S. LawShield Independent Program Attorney discovered Luke had been arrested that night for brandishing a weapon in a rude or angry manner (a misdemeanor). Interestingly, the district attorney had not charged the case. It would take four months from the day of the incident before his arraignment, and on that day, Luke attended court with his attorney to discover the case had been rejected for filing.

This sounds like a happy ending, but it wasn’t over yet. Days after being threatened by the man from the party, Luke received an automatic email revoking his concealed carry permit. He lives in a state where gun rights are more restricted than many places, and he has found it difficult to restore his right to carry. Although he was never even charged by the district attorney, the State revoked his carry permit instantly.

The Race to the Phone

If you are involved in a self-defense incident, you must win the race to the phone. This is something Luke learned and said he will never fail to do again; he did the correct thing by calling law enforcement right away but failed to call U.S. LawShield immediately after that. We are here to help, but we cannot help if you do not alert us to the situation. Now that it’s over, Luke states he wishes he had called as soon as he and his girlfriend were safely inside their apartment, but he is relieved it ended well from a criminal standpoint once he did contact us.

When asked what advice he would pass on to other members, Luke said that aside from making sure to call without hesitation, he would suggest maintaining coverage and keeping the member card in your wallet. Easy access to the information needed to contact an attorney is valuable, and Luke now keeps the card with him at all times. The other piece of advice he offers is the need to keep your firearm holstered on your body, not out of reach. You never know when you’ll need it.

Whether Luke will be able to have his right to carry restored to him in his state remains to be seen, but one thing is certain: U.S. LawShield is always working for him, providing Legal Defense for Self Defense when it matters most.

This member account is for educational purposes only and should not be confused with legal advice. To have an experienced self-defense lawyer on your side when it matters most, take a closer look at U.S. LawShield.