Home / Blog / The Vacation from Hell: What You Need to Know About How to Travel With a Gun

The Vacation from Hell: What You Need to Know About How to Travel With a Gun 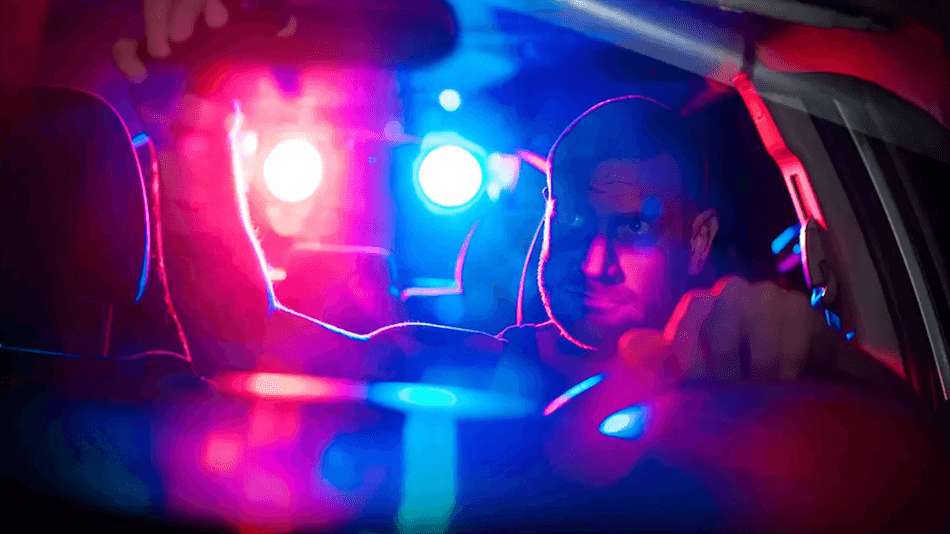 How to Travel With a Gun

It’s 9:30 PM, and you’re 20 minutes from your hotel. It’s been a long day of driving, and you can’t wait to flop face-first into your nice, warm hotel bed. This is your fourth state in three days, and you’ve started to lose track of where you are. Then it happens: flashing red and blue lights in your rearview mirror. Were you speeding? Did you happen to drift a little out of your lane? It doesn’t matter, because you’re being pulled over by the police, and you have a concealed firearm in the car.

Quick: Which state are you in? Does this state honor your license or permit to carry a handgun? Do you have a duty to inform the officer (under this state’s laws) that you are currently carrying a firearm? You have no idea. Traveling across state lines with a gun can be risky. Licenses or permits to carry a handgun aren’t like driver’s licenses, so your license or permit may not be honored wherever you are. Meanwhile, you are now anxiously waiting for the officer to walk up to your window. This article will explore how you, and your gun, might legally travel from Point A to Point B.

Driving Across State Lines and the Second Amendment

Some may think that when traveling with a firearm, driving is the best way to go. Unfortunately, that is not always the case. Gun laws vary from state to state. Some states ban certain types of ammunition; others have magazine capacity restrictions; and some states even have local laws that depart from the general rule of thumb. Because you are subject to a state’s laws when you are in that state, if you break their laws, you could be committing a crime—whether you think you intentionally broke it or not. Talk about a bad ending to a vacation.

Luckily, federal law may provide a “traveling” defense that might help. You may have heard the term “Safe Passage” before. This law is intended to protect gun owners as they travel through (not to) such states. This defense is known as the “Safe Passage” provision of the Firearm Owners Protection Act (“FOPA”), and it can be found in 18 U.S.C. § 926A.

To get this protection under federal law, there are certain things you need to know:

First, the beginning and end of your trip must be in states where you can lawfully possess a firearm.

Third, you must be traveling. While there is no definition of “traveling,” generally, if a person stops somewhere for too long, they are no longer traveling and will lose the Safe Passage protection. How long does this period last? Your guess is as good as ours! Stopping for gas or restroom breaks will probably not disqualify you from the traveling protection. However, any stop for an activity not directly related to traveling could be considered a destination.

As you can see, the legal definition of “traveling” for purposes of Safe Passage is anything but clear. However, the Safe Passage provision has been held in courts to be limited to situations that strictly relate to traveling and nothing more. For example, stopping for a brief nap in a bank parking lot in New Jersey caused a man moving from Maine to Texas to lose the traveling protection. He received five years in prison for possession of weapons that are illegal under New Jersey law. Had he not stopped driving, or perhaps if he had made it to Pennsylvania before taking a nap, he would have been safe.

But remember, the Safe Passage protection under federal law does not grant you protection from prosecution in gun-unfriendly states! Meaning, some states treat Safe Passage as an affirmative defense, and a person can be arrested even if that person meets all the requirements of the federal Safe Passage statute. If they are arrested, they will have to go to court to assert this defense.

So, when traveling through a gun-unfriendly state, try to travel through as fast as you can—without breaking the speed limit, of course!

Know the Laws of Every State You’re Traveling Through

It is imperative to take the time to understand the laws of each state you are going to travel through with a firearm.

Unfortunately, even if you have a license or permit to carry a handgun, it may not be recognized by another state. Additionally, some areas may not allow people to carry firearms in vehicles. It is very important to remember that when you are in another state, you are subject to that state’s laws—even laws that pertain to your Second Amendment rights.

There is no standardization of gun laws within the 50 individual states (not to mention Native American Reservations and Lands). In some states, it’s illegal for a non-resident to even possess a firearm in the passenger compartment of their vehicle!

Making things even more complex, different states have different laws regarding the Castle Doctrine, the duty to retreat (or stand your ground), and justification to use force or deadly force.

How to Fly With a Firearm

If you plan on flying with a firearm on a commercial airline, it’s imperative you follow the TSA guidelines:

First, any firearm you travel with has to be unloaded and locked inside of a “hard-sided container” that prevents outside access when it is locked. Whether the case is small enough to be placed inside another piece of luggage or the case is the luggage, the luggage needs to be declared and checked.

You can use any lock you’d like, but according to the TSA webpage, you must maintain possession of the key unless “TSA personnel request the key to open the firearm container.” Something else to be aware of, and this can be confusing for a traveller who reads the regulations and thinks “but wait, I thought I was supposed to not give up my key?,” is that certain airports (Cincinnati/CVG, for instance) have placed their firearms screening area behind security. So if for some reason the TSA needs to inspect the contents of your case and you are not using TSA-approved locks, you may be asked by non-TSA personnel to give up sole control of your key so that they can take it to TSA. To be clear, you may use any lock you like, and there are some security concerns with TSA-approved locks.

There is more than one airport that essentially forces you to temporarily give your key up if 1) the TSA selects your bag for additional screening, and 2) you are not using TSA-approved locks. So don’t be surprised if you find yourself in that situation. Some places will allow you to request a TSA agent come to the counter to get your key if you’re not comfortable giving it to airline personnel, but there is no guarantee that this option exists at all airports.

Second, ammunition needs to be “packaged” in a container “specifically designed to carry ammunition” safely. The factory packaging generally works pretty well for this, but aftermarket solutions are also fine so long as the ammunition is not loose in your luggage or gun case. Any ammunition you travel with also needs to be declared in a checked bag. Though it doesn’t have to be locked in the same case as your firearm, it’s not a bad idea to do so if your case has the room for it.

While the TSA allows for magazines to be loaded so long as the magazines “completely enclose” whatever ammunition is in them, more than one air carrier prohibits this practice. As far as the magazines themselves go, even if they are empty, they must also be declared and in a container inside of a checked bag.

Third, when you make it to the check-in counter, let them know that you need to declare a firearm, and they will walk you through the check-in process. The ticketing agent will fill out an “unloaded firearm(s)” form for you to sign and date. Many times, the agent will want to ensure that the gun is unloaded, though in practice this often entails them simply asking you if it is unloaded. After you sign the form, they will direct you to place it in the case containing the firearm(s) and have you lock it in their presence.

Depending on the airport, they will either have you escort the case to a special TSA screening area or have you wait in a designated area while the case is going through the screening process. Once your checked bag containing your firearm(s) has cleared security, the rest of the pre-flight process is standard.

You must also know that all firearms, ammunition, firearm parts, magazines, bolts, firing pins, and replicas of firearms (including toys) must be in checked baggage. What can go in your carry-on? A rifle scope!

Before your trip, contact your specific airline(s) and ask what requirements they have for transporting firearms and if they have any additional restrictions beyond the TSA requirements. Make sure you arrive at the airport with plenty of time to go through the TSA declaration process!

Keep in mind if you do not follow these strict requirements, you could be subject to state criminal prosecution (a hefty fine and potential prison time) AND a civil fine of up to $10,000 per violation by the TSA.

As a reminder, you must always follow the laws of the state where you find yourself. Flying into an airport is no exception. Practice extreme caution if your flight is diverted and lands in a gun-hostile state or in a state that does not recognize your license or permit to carry a handgun. When in doubt, do not take possession of your luggage. Above all, always check the local laws before taking possession of your firearm or attempting to carry!

But What if I Only Take Trains or Buses?

It is possible to travel across state lines via train with a firearm, but it’s important to note that you need to check with your carrier(s) to see what their rules are. Some providers might require you to provide 24-hour notice via phone if you will be traveling with your firearm and arrive at least 30 minutes early to check your bags, and some providers will not allow a person to carry firearms on board. Some carriers do not want firearms at all—whether the item is carried or it’s unloaded, locked, and in checked baggage.

If you prefer to travel by bus, legally traveling with a firearm across state lines isn’t going to be an option. All the major bus lines appear to have an outright ban on firearms carried on-body, in a carry-on bag, and even in checked baggage.

Keep in mind, these rules and restrictions apply for interstate travel. Some states have it written into state law that passengers may carry firearms on public transportation inside the state. For instance, Dallas Area Rapid Transit (DART) specifically notes on their website that state law allows passengers who meet the requirements to go armed on their buses, trains, and properties.

If this all seems like a lot to keep track of, you’re right! The best thing you can do to take the guesswork out of traveling with a firearm is consulting with your U.S. LawShield® Independent Program Attorney. Remember, not knowing the law is not a valid defense!