Home / Blog / How Much Ammo Should I Have?

How Much Ammo Should I Have? 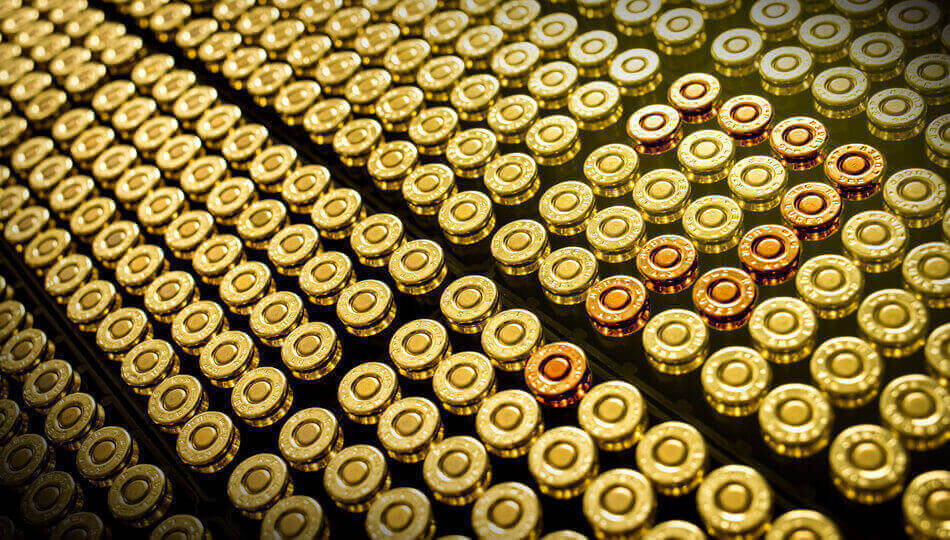 Trying to figure out how much ammunition you should have on hand can sometimes feel like a return to college algebra. Depending on where you look, there are ammo calculations based on rate of fire in a The End Of The World As We Know It (TEOTWAWKI) survival situation, training time, and priorities of multiple platforms (think AR-15, shotgun, handgun, and so on, all of which typically require different ammo). It’s amazing these calculations don’t consider the moon cycle and rising tides as well. If you find yourself wondering “how much ammo should I have?”you’ve come to the right place. We’re going to simplify this process by taking a realistic approach to the topic of your ammo stash and storage.

How Do I Know How Many Rounds of Ammunition Do I Need?

There are a few ways to decide how many rounds of ammunition you need to have on hand at any given time. The first thing to do is to consider these factors:

These are the issues that must be taken into account when doing general calculations on how much ammo you should have on hand. Gun owners who take high-round count classes will certainly need a greater amount on hand, and if there’s no good place to store the ammo, you’ll need to find a workable solution before investing in more supplies.

In reality, there’s no magical number or specific calculation that will tell you how much ammo to store for later use. It depends on your own usage and needs as well as the needs of other shooters in your household. However, there are some general guidelines you can follow, but you must also remember to expect the unexpected, such as a serious ammo shortage. 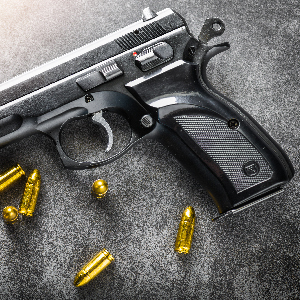 Since 2020, ammo availability has been an issue. A number of problems caused this including pandemic-related restrictions on how many workers could be in a factory at any given time and related trouble getting supplies. Primers became almost immediately impossible to get, and that applied to the big ammo manufacturers, too. It hasn’t mattered whether it’s an ammo manufacturer or someone looking to reload at home, availability is a problem. At the time of this writing, components such as primers remain difficult to find, and there are still supply chain issues with factory loaded ammunition.

Caliber matters when it comes to focusing on how much ammo you’ll use for practice or defensive purposes. It might be tempting to buy an on-sale box of 40 Smith & Wesson in case you ever need it down the road, but if you don’t own a gun chambered for that cartridge, it shouldn’t be your main focus.

If you only own guns chambered in 9x19mm Parabellum, then 9mm is the obvious cartridge for you to stock up on. However, if you own multiple firearms in various calibers, it can be a bit more challenging. When deciding what to buy, consider the use of the gun in question and what your own needs are as a gun owner. Are you focused on self-defense, or only concerned with hunting? Buy the ammunition you need for your most-used firearm, first. Any gunnot being carried or shot on a regular basis can wait until you’re properly prepared with the guns you need to keep fed.

Prioritize by need before worrying about wanting to have more boutique or underused rounds on hand. You shouldn’t only have target rounds available for practice, but defensive or hunting loads.

Should All My Guns Be the Same Caliber?

It’s an often-repeated belief that as a gun owner, you’re better off if your guns match, right down to the model for ease of magazine sharing. The idea is that if you’re using a commonly owned firearm chambered in a popular cartridge, you’re more likely to be able to grab what you need in a TEOTWAWKI situation. Also, many gun ownerswith other halves who also carry—or hunt—prefer matching guns and cartridges so they can be easily interchanged.

There’s some logic behind this belief system, and if it fits your purposes, there’s no harm in following it from a defensive perspective. However, stop and think about these benefits of having multiple calibers available:

When choosing a gun and caliber for personal-defense use, select what fits your skill level, hand size, and needs. Firearms are tools and should suit a specific purpose, whether that’s daily carry, hunting, home defense, or fun at the range.

How Much Ammo Does the Average American Have?

The answer to how much ammo the average American has varies wildly. 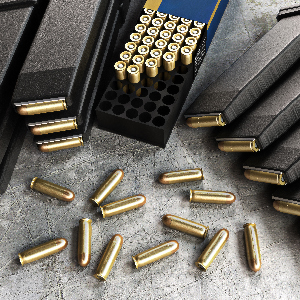 Some gun owners may not keep any ammo on hand while others take stocking up seriously and could have thousands of rounds per gun. There are a surprising number who have one or two 50-round boxes available. No one-size-fits-all answer exists for this question. It depends on the person.

Ammo storage can be simple or complex. If you’re looking at long-term storage, you’ll need to consider methods that reduce exposure to excessive heat, cold, and moisture. The following are some of the possibilities for long-term ammo storage:

What to look for in an ammo can:

How Many Magazines Do I Need?

Magazines are necessary to run your guns, and they’re the first failure point when something goes wrong. Due to that reality, it’s wise to have more than a couple magazines for the guns you use all the time. Ideally, have at least six magazines per gun, and grow from there. Try to avoid buying new magazines and throwing them in a box without trying them out. It’s best to catch magazine failures before the moment your life depends on them working.

Bottom Line: How Much Ammo Do I Need?

A good starting point is to have 500 rounds, 200 of which should be defensive ammo, for each regular-use handgun. This isn’t the end goal, it’s where you start, meaning you should plan to build your ammunition reservesinto the thousands. 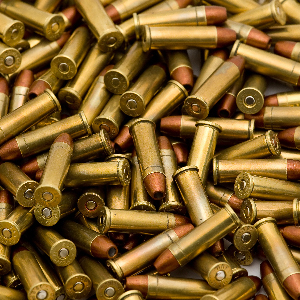 AR-15s being used for defensive purposes require a larger store than handguns. Try to keep at least 2,000 roundson hand for your AR-15, and if that is your TEOTWAWKI gun, make half defensive rounds.

If you use your AR-15 for hunting, you’ll need to increase the stockpile to account for that use. Separate hunting rifles will need a minimum of 500 rounds each. Remember, you need to zero your scope using your chosen hunting load, get some practice in, and hunt more than once.

Shotguns depend on what you’re using them for. Your personal-defense shotgun will need at least 250 shotshellson hand, but if you use it for hunting, it’ll depend on what you’re after. For example, doves and ducks require far more ammo than hog or deer hunting. A hunter can burn through 100 or more shotshells in one day dove hunting. Plan accordingly.

These are all a great place to start your ammo stash, but it isn’t the end by any means. Having enough ammunitionreadily available for training, practice, hunting, and defensive use is much simpler than being forced to go to the store every time you want to shoot. And when there are significant ammo shortages, you may not find any at all—or if you do, you’ll end up limited to two boxes. That’s an especially bad position to be in from a defensive perspective, but it’s also not good when it’s hunting season and you have no ammo at home and there’s none in the stores. Life as a gun owner is easier when your gun room shelves are well-stocked.