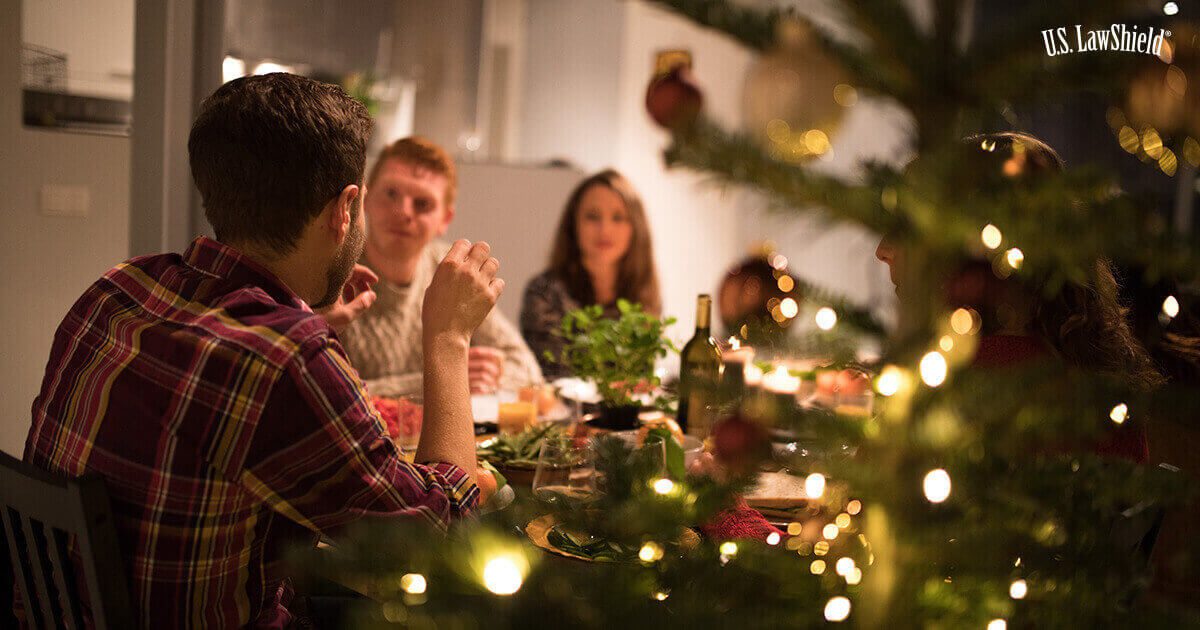 It may not be immediately obvious how lessons from the self-defense world might help you have a drama-free holiday dinner, but there are many similarities between how you’d handle a potential violent encounter and drama brewing at the in-laws’ during dinner. Clearly, the stakes in either situation are quite different. It’s unlikely your Aunt Edna will stab you if you fail to fork over the mashed potatoes in a timely manner. It’s equally unlikely that the person robbing you in the parking lot is only going to uninvite you from next year’s holiday dinner if you refuse to give them your wallet. Despite these differences in potential outcomes, you may be surprised how much overlap there is between how both situations can be handled.

Avoidance: the action of keeping away

Avoidance is a recurring theme you hear when people who are knowledgeable about self-defense discuss some of the best strategies for dealing with violent criminals. It turns out that avoidance is also a rather good strategy if you’re concerned about holiday drama.

In the self-defense world, avoidance might be as simple as taking steps to make sure you’re not in situations where violence is likely to occur. When it comes to dealing with friends and family during the holidays though, a more nuanced approach is probably preferred. Would it be easier to avoid drama by staying at home until sometime after New Year’s? Probably, but you’d be missing out on time with family and friends.

Chances are high that if you’re worried about holiday drama, you already have a good idea which direction it’s likely to come from. Maybe the aforementioned Aunt Edna has strong opinions about how you dress, your politics or choice of career. Perhaps the potential trouble doesn’t have anything to do with you at all. There could be a long-standing feud between one of your parents and your significant other. Whatever the reason, it’s not uncommon for there to be preexisting family tension.

If you know there’s a certain topic or a hot-button issue that’s likely to cause a fight, don’t bring it up. This can be difficult to do if it’s something you’re passionate about, but just like in self-defense, one of the easiest ways to avoid a fight is not to start one. Conventional wisdom holds that certain topics, like politics or religion, should be avoided during polite conversation. While discourse on potentially divisive topics is hugely important, during the holidays is probably not the best time to have those conversations.

Avoiding specific topics can be an amazingly effective strategy for preventing holiday drama, but what happens if you’re not the one causing the issue? Sometimes despite our best efforts we find ourselves dealing with an instigator of some sort. If someone you usually don’t spend much time with tries to pick a fight with you, don’t worry. There’s a self-defense strategy for handling that also!

It’s a natural human tendency to react to people who are confronting us. In the self-defense world, this confrontation is never a desired outcome despite sometimes being necessary. While confrontation may also be necessary inside of our interpersonal relationships, there are much better places to hash things out with someone than at the holiday dinner table. Whether it’s in our personal lives or in the context of a potentially violent encounter, de-escalation is preferable whenever possible.

De-escalation is any strategy used to lower the intensity of a conflict, incident or situation. In the context of a holiday dinner, de-escalation can be an incredibly effective tactic for keeping drama contained to a few awkward moments rather than a full-on reenactment of an episode of “The Jerry Springer Show.” While it’s impossible to give a list of strategies that’ll successfully de-escalate any situation, there are some general strategies that might be helpful.

If all else fails

It’s entirely possible that despite your best efforts to avoid and de-escalate, drama may creep into your holiday gatherings. In those instances, remember it’s fine to set personal boundaries. If you’re not comfortable with how someone is speaking to you or someone else, plainly ask them to stop. If you think the topic of conversation is about to get out of hand, ask to change subjects. In many instances, simply making a direct request can defuse a situation.

If whatever situation you find yourself in can’t be resolved, it’s always best to simply excuse yourself, or if you’re the one hosting the holiday dinner, ask that person to leave. No one is obligated to subject themselves to inappropriate behavior. If things are truly getting out of hand, sometimes escape is the best option.