Our Patriotic Past: President’s Day 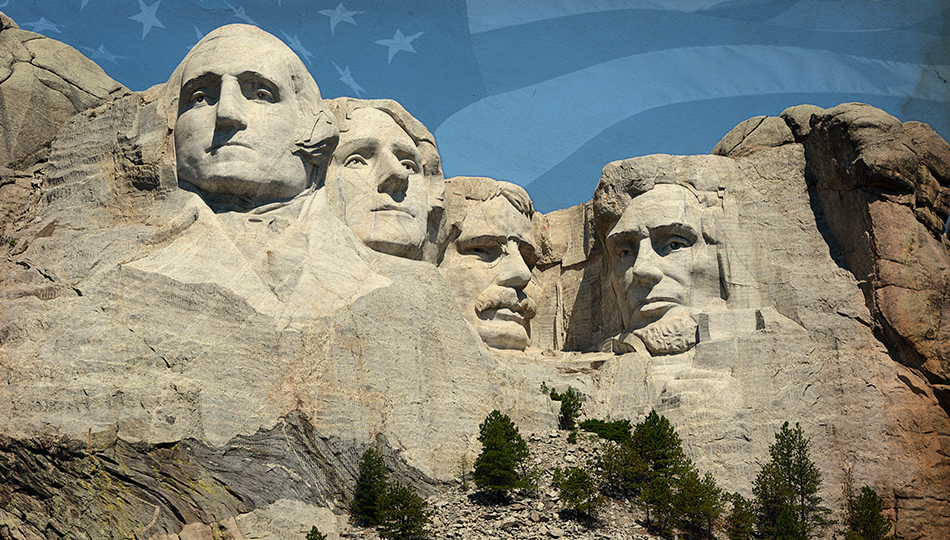 What Is President’s Day?

President’s Day is a federal holiday that occurs on the third Monday of every February. It was established to celebrate the executive branch of the United States government, and the Americans who served us there. The holiday has a long and interesting history stretching across nearly the entirety of U.S. history, from 1799 to today.

George Washington’s birthday, February 22, has been celebrated since his death, and was established as a federal holiday in 1879. In 1971, as part of the Uniform Monday Holiday Act, in an effort to move federal holidays to Mondays to give people more three-day weekends, President’s Day was created for its proximity to the birthdays of Washington, Abraham Lincoln, and Franklin D. Roosevelt, as well as others.

George Washington’s birthday is still officially celebrated as a state holiday, or local celebration in some states and cities, and many individual presidents are celebrated on their birthdays in their home states. President’s Day provides a day everyone in the country can reflect on past leadership, and perhaps what we might wish to see more of from our executive branch in the future.

Does George Washington Have Two Birthdays?

As strange as it sounds, if you look into official records from the time, he actually does! In the 1700s, Britain hadn’t changed over to the Gregorian calendar like much of the rest of Europe had, and it was becoming a problem. The year started on March 25, they had 10 extra days, and it was making communications, trade, recordkeeping, and many other fields difficult.

Why Is President’s Day on a Different Day Each Year?

As part of the Uniform Monday Holiday Act, the U.S. government decided that, starting in 1971, as many holidays as possible would occur on a Monday in order to increase the number of three-day weekends working people had. There were many famous presidents with birthdays around February, and George Washington’s birthday had been officially celebrated on February 22 for nearly a century. So, it seemed a natural choice to replace the one holiday celebrating Washington, with a single Monday celebrating all presidents.

Presidents and the Second Amendment

Several early American presidents participated in the writing of the Constitution, so it should come as no surprise that they were in favor of the Second Amendment. Selected quotes are represented below, for your consideration.

“The Constitution preserves “the advantage of being armed which Americans possess over the people of almost every other nation…(where) the governments are afraid to trust the people with arms.” – James Madison

Madison, the fourth president of the United States correctly points out that the nature of America as a country of armed people, free to choose their government through the electoral process, (or to remove it should it prove tyrannical) is unique.

“No freeman shall be debarred the use of arms (within his own lands or tenements)” – Thomas Jefferson, in an early draft of the Virginia Constitution.

In writing the Virginia Constitution, Jefferson illustrates the link in his mind between freedom and access to arms. Clearly, the experience of the Founding Fathers leading up to the Revolution illustrated the significance of the ability to resist one’s own government.

“I advise the gun. While this gives a moderate exercise to the body, it gives boldness, enterprise, and independence to the mind. Games played with the ball and others of that nature, are too violent for the body and stamp no character on the mind. Let your gun therefore be the constant companion of your walks.” – Thomas Jefferson, offering advice to his nephew on how to exercise.

Sound advice from Jefferson, this is a great quote not only for its accuracy, but also the window it provides into what sort of a man he was. In fact he placed 1st (August 20, 1768) and 2nd (September 30, 1769) in two local shooting competitions during his day, and kept detailed records of his regular firearm purchases, and gunsmithing needs.

What is President’s Day and why do we observe it?

President’s Day is a federal holiday that occurs on the third Monday of February, every year, since 1971 when the Uniform Monday Holiday Act took effect. Prior to that, the holiday was celebrated to honor George Washington on his birthday, (February 22) which had been a federally recognized holiday since January 31, 1879.

Is Washington's Birthday the same as President’s Day?

No, George Washington was born on January 22, while President’s Day is the third Monday of every February, which this year is February 21.

What did George Washington die of?

The exact cause is still debated, but most agree that it was a throat infection referred to at the time as ”quinsy”, which we would call a complication of untreated tonsillitis today..

Why does George Washington have two birthdays?

George Washington was born in an England that used the Julian calendar (in which the beginning of the year was March 25). Under this, his birthday would’ve been February 11, 1731. Twenty years later, England adopted the Gregorian calendar system we all use today, with the year starting on January 1, and 10 fewer days. As a result, his birthday was officially shifted to February 22, 1732.