A gunman opens fire on members of the congregation.

Safety compromised. A place of worship intended to be a safe space becomes a crime scene.

Jack Wilson, an experienced firearms instructor and responsible gun owner, was standing at attention with his security team, quietly listening to the pastor’s sermon…

As head of his church’s security team, he had been keeping a close eye on a visitor who had been making some of the members uncomfortable.

His team was hoping the man’s unusual behavior was just a personality quirk; after all, everyone deserves the opportunity to worship…

Unfortunately for the congregation, this was not the case.

During communion, the strange visitor stood up and opened fire on the unsuspecting deacon in front of him.

It didn’t matter to the gunman that the man was in a sacred place or that the deacon’s family was sitting beside him; he mercilessly took his life.

Then, without hesitation, he took another.

Without any warning, the church now found itself in a very dangerous, very real active shooter emergency… 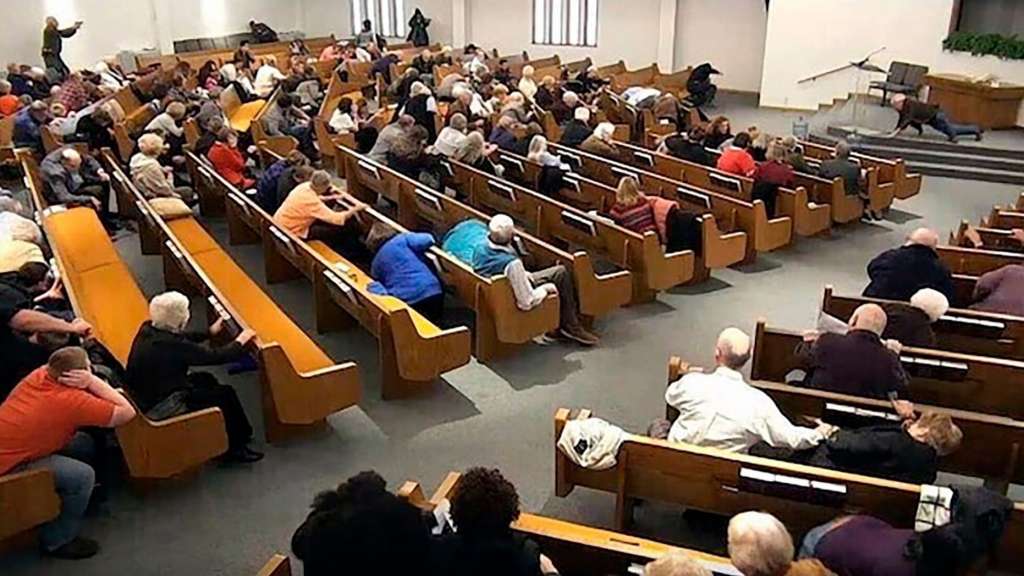 Jack Wilson was standing just a few pews away when the unforgiving shooter took the lives of two victims.

Fear reigned over the congregation.

Instinct kicked in… Highly knowledgeable in self-defense, he had spent years in different citizen-protection roles, training to defend the lives of the innocent.

He knew exactly what he had to do, and he was absolutely sure of his right to do so.

Gaining a clear line of sight and no fear of the justice system holding him back, he was able to safely and accurately bring down the violent shooter in a matter of seconds.

All it took was one shot.

One shot from a responsible and educated gun owner dedicated to protecting the defenseless. One shot to put an end to the evil that had invaded his beloved church.

If not for his firearms training, knowledge of his freedoms, and instinctive reaction, who knows how many lives may have been lost that day.

Not only Texas, but the entire nation, is forever thankful for brave men like Jack Wilson.

Dangerous situations like the one this Texas church faced can happen anywhere, at any time, so it’s important that you remain vigilant and prepared.

That’s why U.S. & Texas LawShield is there to empower you before and after the legal aftermath you may face if you’re ever forced to defend your life or anyone else’s.

Because you should only have to focus on what really matters…

Everyone has the constitutional right to freedom of religion. Unfortunately, like we learned with Jack Wilson’s story, people don’t always respect that right, and while U.S. LawShield can help protect you in the resulting legal battles, you should always be prepared to defend yourself and your loved ones.