Home / Blog / Does Carrying a Gun Make You a Police Target?

Does Carrying a Gun Make You a Police Target? 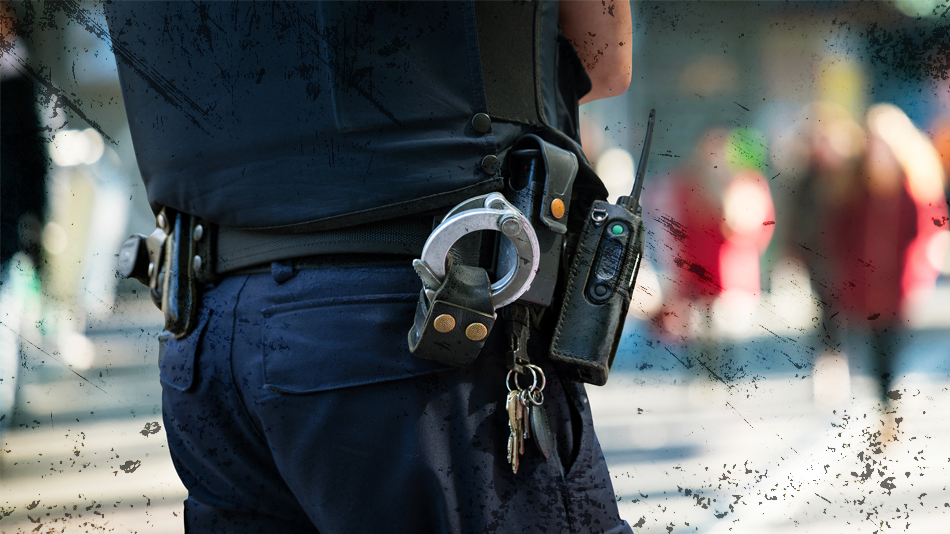 Law enforcement is a familiar and indispensable part of our society. But have you thought about how it fits into our system of justice? What impact can law enforcement have on law-abiding gun owners?

In this multi-part series on the key participants in the criminal justice system, we’ve already examined the roles of prosecutors, judges, and juries in cases involving gun charges. Now let’s take a look at the impact of another crucial element of the justice system—law enforcement—on our Second Amendment rights.

To Serve and Protect

Federal, state, and local law enforcement agencies serve our communities by performing a wide range of duties, depending on their specific mandate and jurisdiction. Law enforcement officers (“LEOs”) are often the first responders to crimes, providing immediate intervention to stop or prevent criminal activity and aid crime victims.

The key duties of law enforcement officers include:

The Role of Law Enforcement in the Criminal Justice System

In addition to its many responsibilities, law enforcement plays a vital role in the criminal justice system. Investigations and arrests keep LEOs busy. The FBI estimates more than 1.2 million violent crimes occurred in the U.S. in 2019, along with nearly 7 million property crimes. The FBI also estimates law enforcement agencies made more than 10 million arrests (not including traffic violations) that same year.

LEOs may sometimes defuse disputes that could otherwise lead to criminal charges, thus reducing criminal caseloads and preventing unnecessary arrests; a good use of their discretion.

They also play a key role in almost all criminal trials. LEOs produce several reports that are often used as evidence at trial, including crime reports (which include date, time, location, and other details about a crime) and evidence collection reports (specifics about how evidence was gathered). Soon after an arrest, a LEO will write an arrest report, which includes details about probable cause and the arrest, including the suspect’s demeanor. An arresting officer will also work with the district attorney’s office and its investigators to gather additional evidence and to prepare for the officer’s testimony at trial.

Typically, officers testify before juries on behalf of the prosecution, and are cross-examined by defense counsel. If they have witnessed the commission of a criminal act, they recount what they witnessed. If they investigated the crime, they would testify about their investigation and evidence that led to the arrest of the criminal defendant. Prosecutors are essentially selling the police officers’ version of events to a jury by sponsoring them as credible witnesses whose investigations should be treated as above reproach. A defense attorney’s job is to ensure the law enforcement officers followed the law and did not violate any constitutional rights during the arrest and their subsequent investigation.

How Police Officers Get Their Jobs

Let’s take a look at the hiring process for police departments. Each of the 50 states has an accrediting body that lays out the guidelines for hiring, required training before commissioning, and annual in-service training. Those are just the minimum requirements, so individual agencies in that state may have additional, more stringent requirements.

The Los Angeles Police Department has a rigorous hiring and training process. Candidates must pass an in-depth background check, credit check, polygraph exam, and complete a 6-month long academy before being allowed to work on the streets. Even after that, a new officer is in probationary status for a year and has to ride with a field training officer. Contrast that with South Carolina, which allows officers to serve in a full law enforcement capacity for up to a year after their date of hire before they attend the academy. Plus, smaller departments with fewer resources will have an even more difficult time screening potential applicants. While officer behavior is held to a high standard of public scrutiny across the entire nation, bad apples can slip through even the most rigorous hiring process.

How Do Promotions Work?

Similar to the hiring process, the promotion process varies across the nation. For example, the L.A. County Sheriff’s Department has a very strict promotion policy that starts with a deputy having enough time in service to be eligible to take a test. If they pass, it leads to a review of their performance reports, which culminates with a board hearing. In contrast, smaller agencies with limited resources may have a much simpler process: “Congratulations, you’re a sergeant now, here are your stripes.”

Are You a Law-Abiding Gun Owner? The Police Don’t Know That

The two most common interactions that law enforcement will have with regular people are via traffic stops and responding to calls. While police officers overwhelmingly support concealed carry by law-abiding gun owners, that goes out the window when they’re responding to a “shots fired” or a “man with a gun” call.

For example, in 2012, officers in Florida shot Andrew Scott while serving a search warrant. They had the wrong house, but Scott, awakened by a pounding on his door at 1:30 AM, answered the door with his legally-owned gun in hand. The police shooting was ruled justified because Scott was armed at the time he was shot. The 2016 shooting of Philando Castile during a traffic stop in Minnesota made national headlines. Castile had a carry permit and did nothing illegal, but the stop for a brake light warning quickly turned deadly when the officer thought Castile was reaching for his gun.

It has been mentioned that law enforcement officers broadly support concealed carry; however, that’s not a universal sentiment. Opinions on permit holders and gun ownership can vary widely. California has a “may issue” permit system, where each county sheriff is responsible for issuing permits. It’s almost impossible to get a permit in Los Angeles County unless you’re famous or well-connected. It’s similarly difficult to get a permit in San Francisco County, but 90 minutes away in Sacramento County, the sheriff issues permits on practically a “shall issue” basis.

The gulf in opinions often reflects the divide between metro and rural areas. The Milwaukee County sheriff is very pro-gun, for example. But the chief of police for the City of Milwaukee? Anti-gun. Because law enforcement agencies are top-down organizations, the beliefs of leadership can have a strong influence on the attitudes of rank-and-file officers and deputies.

Pinning a badge on someone’s chest and giving that person a gun doesn’t make them infallible. Your expectation in any interaction with law enforcement should be that you’re treated like a “person with a gun” until the officer can verify you’re a law-abiding gun owner. As someone with a carry permit, you should approach every interaction with law enforcement with extreme caution. Just because you know you’re the good guy doesn’t mean they know it… or agree with you.

For any questions regarding the role of law enforcement officers and the criminal justice system, call U.S. LawShield and ask to speak to your Independent Program Attorney.