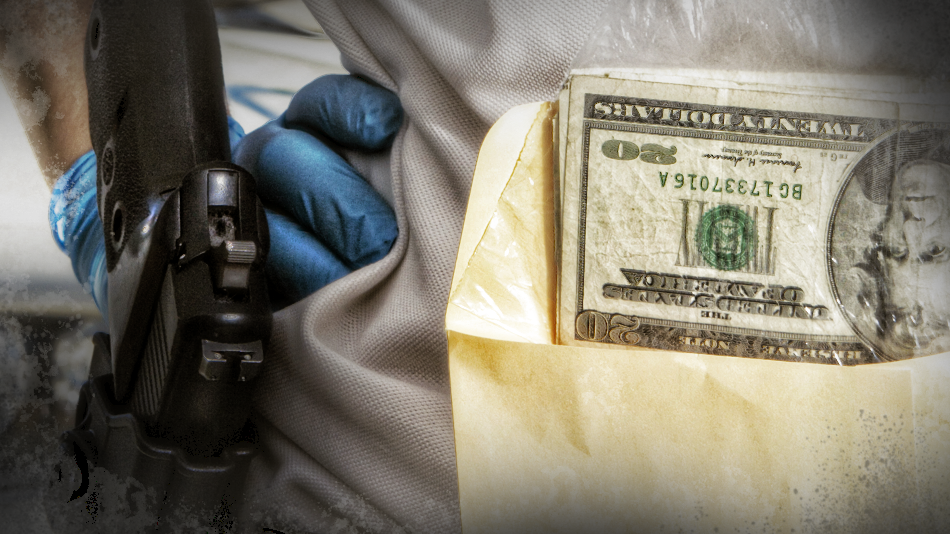 What Is Civil Asset Forfeiture?

You may have heard recently about a Chicago woman who had $100,000 taken from her by police at Dallas Love Field Airport. A police dog alerted to her bag, and the money inside was seized by the police. You would be excused for dismissing this as entirely routine, presuming it was part of a drug bust; surprisingly, this was not the case.

The woman was not charged with a crime and was not arrested, but the money is still in the hands of law enforcement. Worse, to have any chance of getting it back, she will need to hire her own attorney and spend months in court proceedings to prove that the money was not, and will not be, involved in a crime.

This is civil asset forfeiture: a process by which law enforcement can seize property, including cash, from an owner who has not committed—or even been accused of—a crime, simply by alleging that the money or objects in question may be, or may have been, involved in one.

How Is Civil Asset Forfeiture Used?

The intent of civil asset forfeiture is to deprive criminals of the materials, funds, and property they need to carry out their criminal activity. Once seized, the assets are allocated to law enforcement to compensate victims and deter crime. Unfortunately, the real application is often quite different.

How Is Civil Asset Forfeiture Abused?

There is no requirement that the owner of the property be involved in a crime in order to have their assets seized. Since this is a civil process, the government does not need to prove anything “beyond a reasonable doubt.” Instead, you can lose your property in a courtroom under the much lower “preponderance of the evidence” standard. For example, a Marine combat veteran from Lubbock, Texas, had his $87,000 life savings taken from him by police in Nevada because an officer claimed it “smelled like drugs.” No further evidence or investigation was required.

The Drug Enforcement Administration (DEA) took the money and sat on it for months, without charging the veteran with a crime or even beginning a civil forfeiture case. It wasn’t until the veteran filed multiple lawsuits against the DEA and the Nevada Highway Patrol and took his story to The Washington Post that the DEA eventually relented.

Exacerbating this problem is the fact that between tactical decisions to delay court proceedings and the massive backlog of cases, some victims of civil asset forfeiture aren’t even notified that they can fight to get their property back for up to a decade. If you think this sounds like a potential violation of due process, you’re not alone.

The primary issue with civil asset forfeiture seems to be twofold: the low evidentiary standard necessary for law enforcement to seize property, and the incentive to seize property—inherent in the fact that the organization doing the seizing gets to keep much (or even all) of it.

Further, if state or local laws make standard civil asset forfeiture difficult or impossible, law enforcement can call on the federal government to take over and circumvent such restrictions. In return for this, a program called “Equitable Sharing” allows the arresting agency to receive up to 80% of the proceeds of the seizure, with the rest going to the federal government.

This means that property owners who would otherwise be protected from civil asset forfeiture by their legislators are still subject to what is now a federal process, resulting in even longer wait times, higher legal fees, and, in general, more difficulty in retrieving their seized property. It also means that state, local, and federal law enforcement all have incentive to enrich their departmental budgets by seizing assets whenever possible.

Between the years of 2000 and 2013, equitable sharing netted federal civil asset forfeiture programs $5.8 billion in seized property and cash. Keep in mind, that’s what is left after up to 80% of the proceeds were returned to the state or local law enforcement agency involved. By 2013, equitable sharing payments to those agencies were up to $643 million per year.

A less talked-about (but similar) program known as criminal asset forfeiture also exists, but it is likely less well-known because it follows a more familiar legal process. The property owner must be charged and convicted of a crime before the property can be seized, and a public defender can be assigned to the defendant.

How Can You Protect Yourself from Civil Asset Forfeiture?

Unfortunately, there isn’t much you can do to prevent civil asset forfeiture, unless you’re willing to walk everywhere and carry no property or cash of significant value. A recent report of property seizures in Philadelphia shows that half of all seizures between the years of 2012 to 2018 were valued at less than $600. In those cases, hiring an attorney and paying court fees, missing work, etc. would make fighting to recover property cost more than you’d win back—if you won.

Is Anything Being Done to Stop Policing for Profit?

Eighty-four percent of Americans oppose civil asset forfeiture as it is implemented today, and there are proposals from the ACLU, CATO, and many lawmakers to change the system. The Supreme Court ruling in Timbs v. Indiana in 2019 was hailed as being a major blow to civil asset forfeiture, but it was not as decisive as it seemed at the time.

The Eighth Amendment provides protection from excessive fines, and while the Court ruled that the excessive fines clause applies to civil asset forfeiture, the Court did not decide whether the forfeiture at hand was in violation of the clause. This leaves room for lower courts to create their own tests on when fines are deemed excessive and, along with equitable sharing, means that the ruling was not as decisive as many media outlets made it out to be, and did little on its own to curtail the practice.

The best outcome would be for Congress to address the issue. Both the CATO Institute and the ACLU have proposed solutions, suggesting that raising the standard of evidence and strengthening due process would go a long way toward changing this program for the better and focusing its attention back on the criminals who deserve it, rather than everyday people who have done nothing wrong.