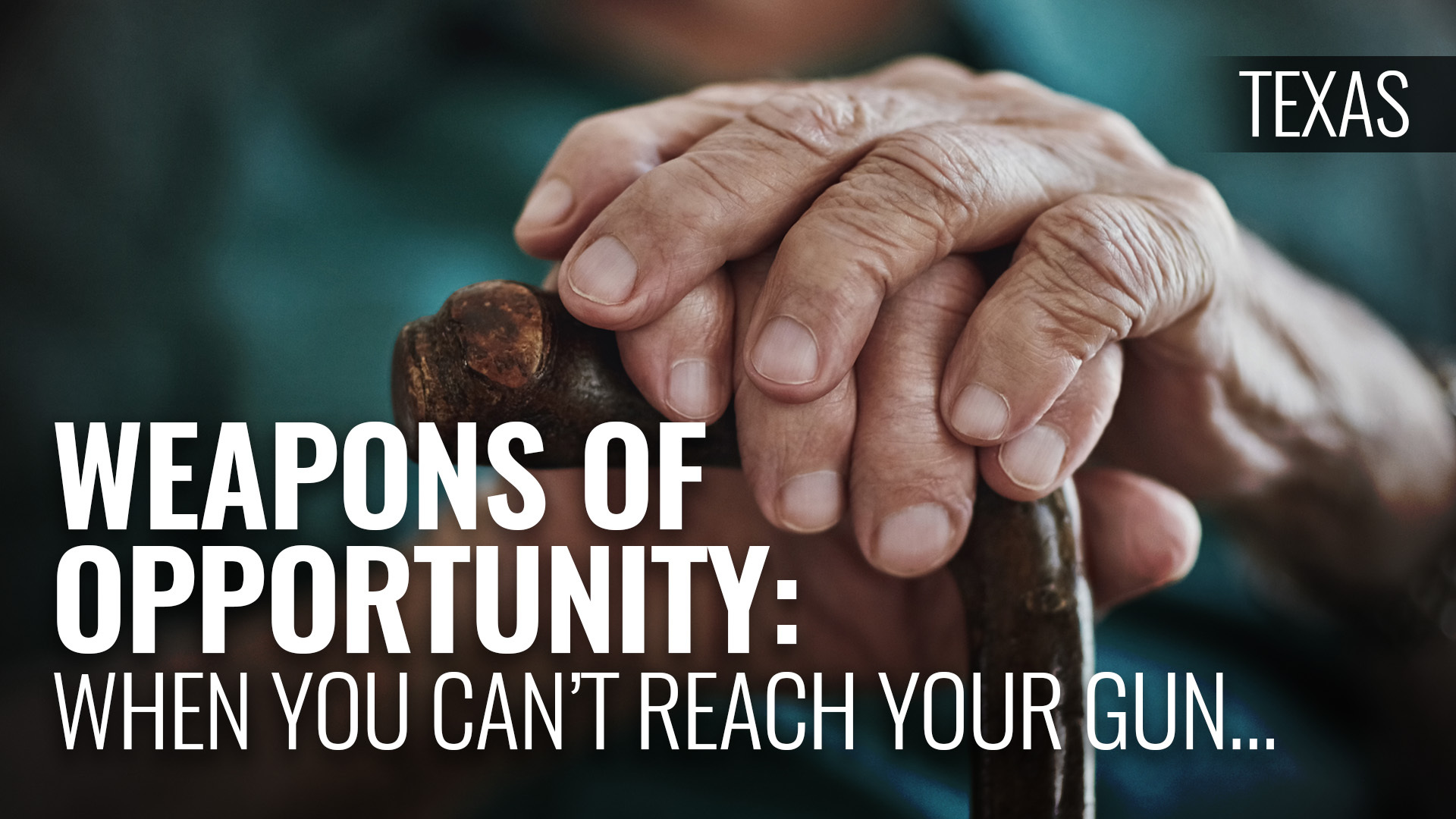 Imagine an elderly man sitting comfortably in his home at night when he hears a noise outside. Suddenly, the noise is at the front door; panic sets in as he realizes his firearm is out of arm’s reach. What can he do?

This is a scary situation many seniors across the state have found themselves in, and a question we hear often. Does the law change if I am forced to defend myself in my home if I am elderly? And what if I don’t have a firearm?

Of course you can defend yourself in your own home. And no, you’re not limited to using a gun.

Texas law defines an “elderly individual” as a person 65 years of age or older. Additionally, the law says a person would be justified in using deadly force if they reasonably believe deadly force is immediately necessary to stop another from unlawfully and with force entering or attempting to enter their occupied habitation. In other words, if a reasonable person were to place themselves in the exact same scenario, would their use of deadly force be reasonable and immediately necessary?

While there are no additional self-defense statutes for elderly individuals, a person’s age, health, and mobility are factors a jury would be allowed to consider if the senior citizen in our hypothetical was charged with a crime for defending himself.

In the example above, our would-be victim would be justified in using deadly force against the bad guy who is unlawfully and with force entering or attempting to enter his occupied home. However, if he can’t reach his firearm, you might ask, “what are his options?”

Use what you have

Because he would be justified in using deadly force, he would be allowed to use any force up to, and including, deadly force, so long as it is reasonable and immediately necessary under the circumstances. That includes using virtually any object at hand to defend himself. In every room of our homes, there are plenty of objects that could be used for defense. Even objects that wouldn’t normally be considered weapons, such as the lamp on the table next to you or even the chair you’re sitting on.

What about the knives you have in your kitchen? You may consider leaving a knife block on your kitchen counter for this exact situation. Kitchen knives are typically very accessible and are easy and effective to use as a self-defense weapon. Another self-defense option in the kitchen would be pots and pans, which can make excellent defense tools. The force of impact these items deliver can be particularly useful to elderly individuals who may not have the same strength as their attacker.

Clubs and knuckles are legal

Additionally, Texas law recently changed, making clubs and brass knuckles legal to own and use in self-defense situations. A club or pair of brass knuckles can easily be kept next to your couch or in an end table for these types of scenarios.

While a firearm would be legal and the weapon of choice for most folks in this situation, it’s important to think about what you can do or use in self-defense if your firearm is out of reach.

We hope you have found this quick refresher helpful. If you have any additional questions, call Texas LawShield and ask to speak to your Independent Program Attorney.

0 comments on “Weapons of Opportunity: When You Can’t Reach Your Gun… | Texas”