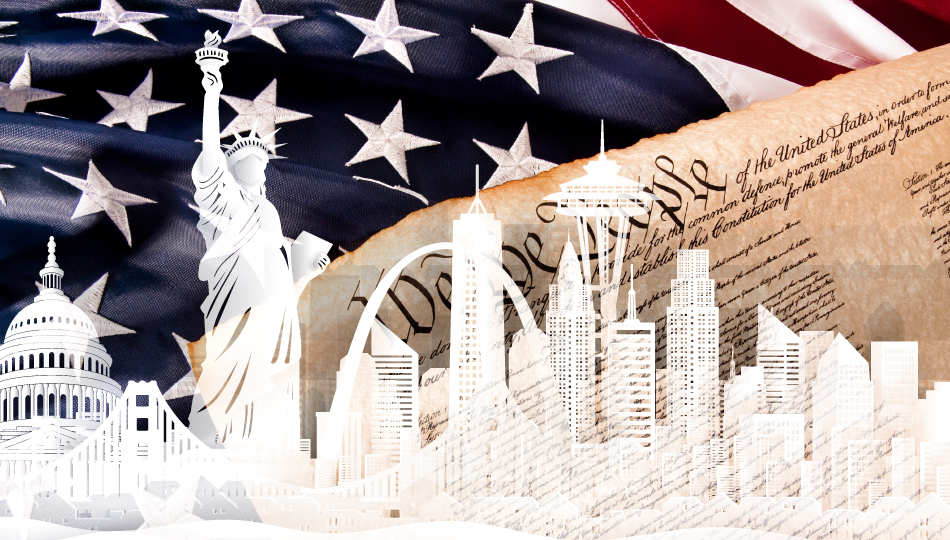 Guns in public, and specifically right to carry laws, are a hot button topic for most Americans. Advocates for gun control insist that gun violence will be greatly reduced if there are further restrictions on the lawful gun owner’s right to carry firearms in public for self-defense. For their part, legally armed Americans view the right to carry as a cornerstone of the United States Constitution and an integral part of personal protection. Understanding what right to carry laws are, how they work, and where they apply is important for anyone interested in incorporating firearms into their self-defense plan.

It’s also important to remember that the expansion of right to carry laws are still a relatively recent event. Professor David Yamane notes that there are 4 distinct eras of concealed weapon carry laws in the United States, and we are currently living in one of the least restrictive times ever when it comes to the right to carry firearms in public.

What Is Right to Carry?

Right to carry laws are the laws that recognize and govern the right for Americans to carry firearms on their person when they are in public. These are commonly recognized as concealed carry laws or permit to carry laws. When and where someone may legally carry a firearm on their person would all fall under the larger umbrella of right to carry. Generally, if a state either requires no permitting process to carry a gun in public or must issue a permit to all applicants so long as they meet the permitting requirements, it’s referred to as a right to carry state.

How to Get a Right to Carry Permit?

If your state requires a permit to carry, the application process is likely to involve paying an administrative fee, consenting to a background check, and allowing yourself to be photographed and fingerprinted. In addition to the application process, some states have a training requirement that you will need to complete before you can obtain your permit.

Whether or not your state requires training, it’s a good idea as a responsible gun owner to seek the highest level of training possible. The same way buying a guitar absent any music lessons doesn’t make you a musician, simply owning a firearm does not give you the knowledge needed to operate one safely, let alone use one during a highly stressful and chaotic situation such as you might find in a self-defense encounter.

If you have questions about your state’s laws regarding right to carry, the permitting process, or the training requirements to obtain a permit, contact your U.S. LawShield® Independent Program Attorney. One of the many perks of membership is the ability to speak directly with an attorney familiar with your state’s right to carry laws, and consulting with an experienced professional before you choose to carry a gun for personal protection is always a good idea.

How Many States Have Right to Carry?

Every single state has some form of right to carry laws on the books, though these can vary wildly between locations. There are currently 41 states, as well as the District of Columbia, that either require no permit to carry a firearm in public or must issue you a permit to carry a firearm so long as you meet the legal requirements to apply for a permit. These are referred to as “permitless carry,” “constitutional carry,” and “shall issue” states.

Nine states are what is referred to as “may issue” states. These states require you to provide justification as to why you should be allowed to carry a firearm in public, and the permit is issued at the discretion of the permitting official. While a permitting structure is technically in place, may issue permitting oftentimes acts as a de facto ban on the carrying of firearms in public.

The Future of Right to Carry

Recent events seem to indicate that right to carry laws will continue to be strengthened across the country. While the topic of gun control is likely to remain a divisive political issue, it’s hard to argue that there isn’t quite a bit of momentum behind the expansion of carry laws in the United States. There are currently 21 states that allow an individual to carry a concealed weapon with no permit at all. Most telling is that prior to 2015 there were only four states that allowed permitless carry.

Between the growing movement towards permitless carry, and the potential for the Supreme Court to address may issue permitting structures, the right of the people to keep and bear arms has never been stronger.