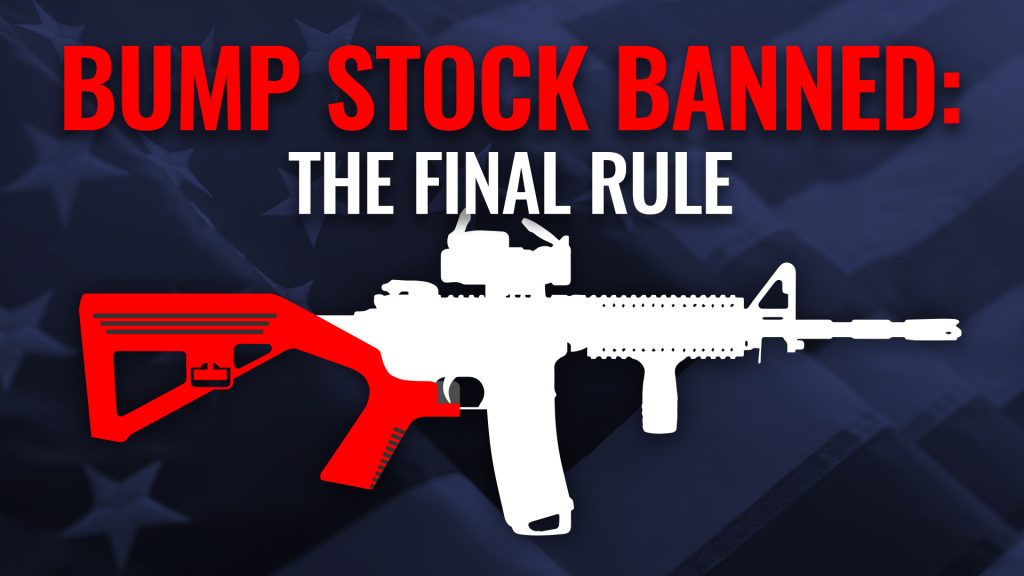 The deadline redefining machineguns to include bump-stock style devices has arrived, and federal courts have not intervened.

On March 25, 2019, the United States Court of Appeals for the Sixth Circuit denied a request that would have prevented the new ATF Final Rule, also known as the “bump stock ban,” from going into effect.

The Court noted in its order denying relief that “[t]he government concedes that the plaintiffs will suffer irreparable harm if the implementation of the Final Rule is not enjoined. However, the public interest in safety supports the denial of a stay pending appeal.” An emergency request to stop the ban from going into effect was sent to the Supreme Court of the United States, but the Court declined to intervene.

As of March 26, 2019, it is a federal felony offense to possess a bump stock. The Final Rule has no provision to grandfather or register devices already owned. Additionally, the grace period to surrender a bump stock to the ATF has passed, meaning your only option at this point would be to destroy all devices in your possession. Further, there is no provision for any compensation for the economic loss of a destroyed or surrendered bump stock.

The ATF has provided bump stock destruction instructions that will render the device incapable of being readily restored to its intended function. Failure to comply with this new rule is a federal felony, punishable by up to 10 years in federal prison and up to a $250,000 fine for each bump stock in your possession.

If you have any questions about complying with this new regulation, or the regulatory process, call U.S. LawShield and ask to speak to your Independent Program Attorney today.