Home / Blog / Permit Holders are Mostly Law-Abiding, According to Study

Permit Holders are Mostly Law-Abiding, According to Study 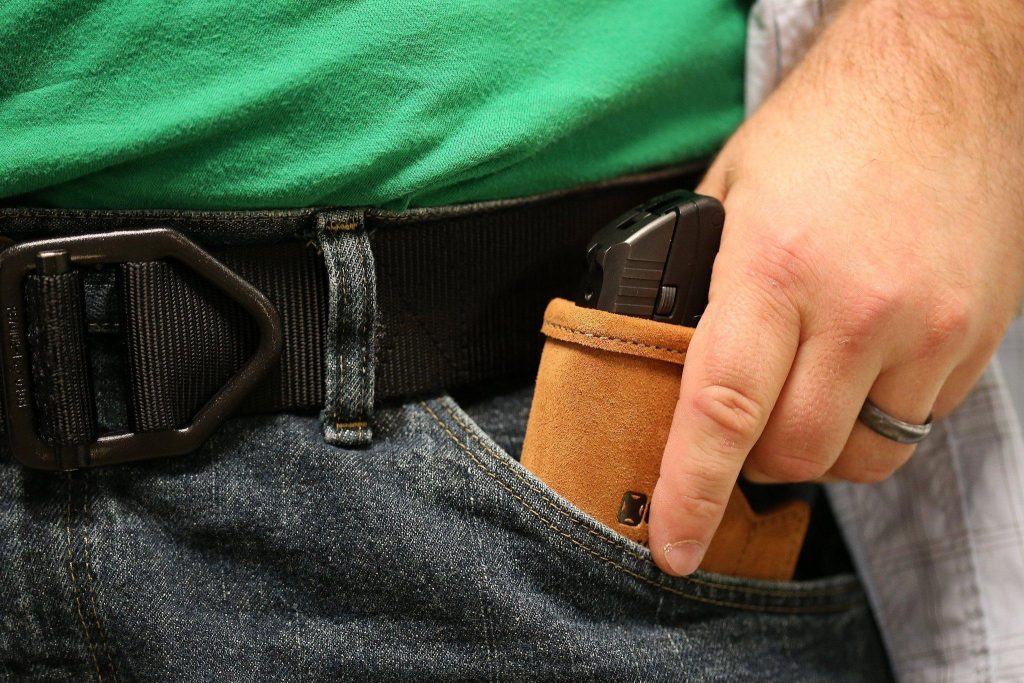 Many anti-gun legislators and activists constantly claim that restricting access to firearms and banning concealed carry of handguns will help protect Americans. This is not even the slightest bit true. In state after state, the data show that permit holders are overwhelmingly law-abiding, even relative to police officers.

Crimeresearch.org put together a comparison of Illinois concealed license holders and the general population in terms of crimes committed:

“After just over four years with a right-to-carry law, Illinois has over 265,000 permit holders — about 2 percent of the adult population. By July 29, 2014, Illinois had issued 68,549 licenses. From 2014 to 2018, Illinois had an average of over 176,000 active permits. Over that same period, no one has been convicted of committing a crime with his permitted concealed handgun. Five individuals face charges, and four of them may have used their guns in self-defense. It is quite common for arrests to be made in cases of legitimate self-defense, and charges usually end in a “not guilty” verdict when they are even brought. Two of the permit holders listed by the Tribune face firearms charges, but not for anything pertaining to concealed carry.

So in Illinois, there have been zero convictions for crimes committed with a permitted concealed handgun. Annually, just 0.63 per 100,000 permit holders are charged with such a crime.” – source

The Chicago Tribune interviewed an Illinois State Police Lieutenant about concealed carry permit holders and the officer could not stop singing praise for concealed carry licensees:

“You rarely hear an instance where a CCL holder is using their firearm in an unlawful manner. They’re generally law-abiding citizens, and they’ve gone to great lengths to get to where they’re at to have a CCL. And they’ve taken training to get there. And most of them, they understand what the requirements are to use force to defend themselves.” –source

In Illinois, as in every other state, concealed weapons permit holders are an extremely law-abiding subset of the population; in Texas they are actually less likely to be convicted of a crime than a police officer. Every year, only 0. 00063% of permit holders are charged with a crime, and not one has been convicted of using their legally carried weapon illegally in Illinois. Four of the aforementioned five cases during almost 4.5 years involved what appear to be self-defense shootings.

What the statistics don’t show is how often a citizen uses their permitted concealed handguns in a defensive scenario. Evidence indicates the vast majority of scenarios don’t involve the gun being fired when they are used in self-defense, but the citizen drawing the weapon changing the perpetrator’s intentions.

Most citizens who use their weapon as a deterrent without firing it would not report it to the police because the threat is over. There is little that can be done to find and charge the culprit in most circumstances and it could actually result in the responsible gun owner being charged for defending themselves.

Responsible permit holders are less likely to break the law but that does not always stop overzealous officers or a young District Attorney looking to pad their statistics with convictions and improving their “win” ratio—even if that means putting a good law-abiding citizen in a jail cell.

U.S. LawShield® members enjoy piece of mind in the event you are charged for a self-defense shooting like many of the cases in this article. Sign up now to get started.

Original article can be found here.