Home / Blog / Can I Lend My Gun to Someone for Self-Defense? | Oklahoma

Can I Lend My Gun to Someone for Self-Defense? | Oklahoma 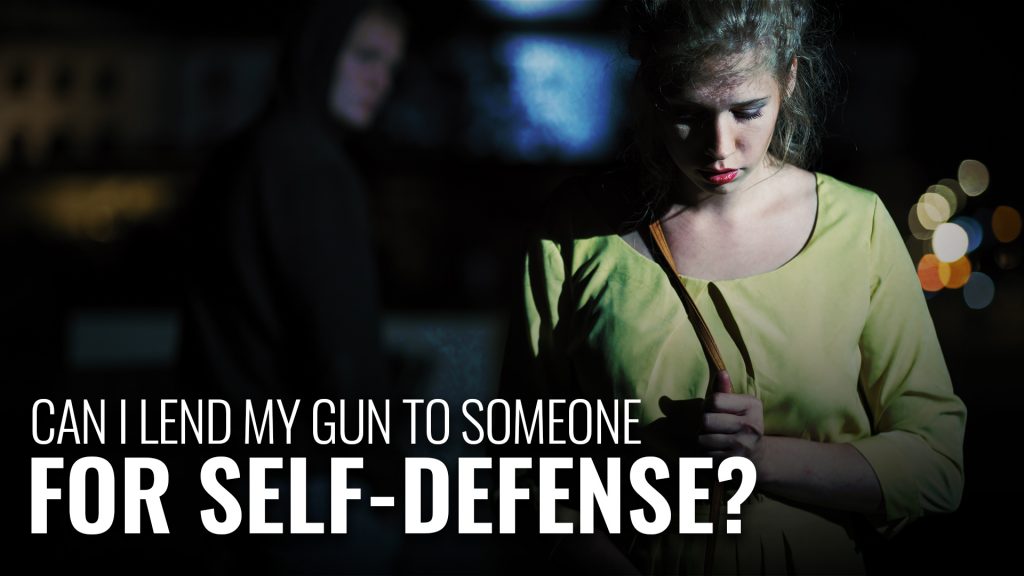 Although, in many circumstances, it is legal to lend a gun to a third party for self-defense, there are certain risks associated with lending a gun.

What the law says

In Oklahoma, there are circumstances when you can legally loan a gun to someone. For example, if a person is over the age of 18, and he or she is not a prohibited person. That means that the person is not a convicted felon, intoxicated, mentally incompetent, does not have restraining orders for domestic abuse, stalking, harassment, has not been found guilty of drug-related misdemeanors, is not on probation for a felony, and is not an illegal alien… Whew, that is a lot to know.

So, can you lend your gun to someone else?

What if you find yourself in a self-defense emergency, you have two guns, and a total stranger asks if he or she can use one? Under these hypothetical circumstances, what are your chances of making a decision that does not result in getting yourself in trouble with the law, or losing your gun after you loan it to a stranger; because the stranger does not return your gun and disappears?

If you choose to lend a gun, you may be liable for doing so. You will violate the law in Oklahoma, if you “knowingly” sell or lend a gun to a prohibited person, or a person you should have known is prohibited. While you are not legally under an obligation to investigate the person, you can get in trouble if there are tell-tale signs, i.e. looks like a minor, smells of alcohol, or acts mentally unstable.

If you loan a firearm to someone, you better know the third party’s age. Even if they are only one day under the age of 18, if they are not your child, you may not legally loan them a gun. The act of knowingly loaning a gun to a minor—not your son or daughter—is unlawful. You will be responsible for any use of the gun, especially if the minor child uses the gun for some misjudged, violent purpose.

For example, a third party could ask to borrow a gun because of a vague self-defense threat. However, the third party could be suffering from paranoid delusions, not an actual threat, and uses your gun to kill innocent people. The third party is acquitted because of the deranged mental state, but the lender of the gun is arrested, goes to trial, and possibly jail for providing a firearm to a mentally incompetent person.

To add further pain to the lender, the lender is sued by the third party’s family, or by the victim of the shooting for wrongful death or serious bodily injury.

If you have questions about lending your handgun to a third party, contact U.S. LawShield and ask to speak to an Independent Program Attorney.