Home / Blog / Handheld Taser vs Pistol: The Difference Between a Taser and a Gun

Handheld Taser vs Pistol: The Difference Between a Taser and a Gun 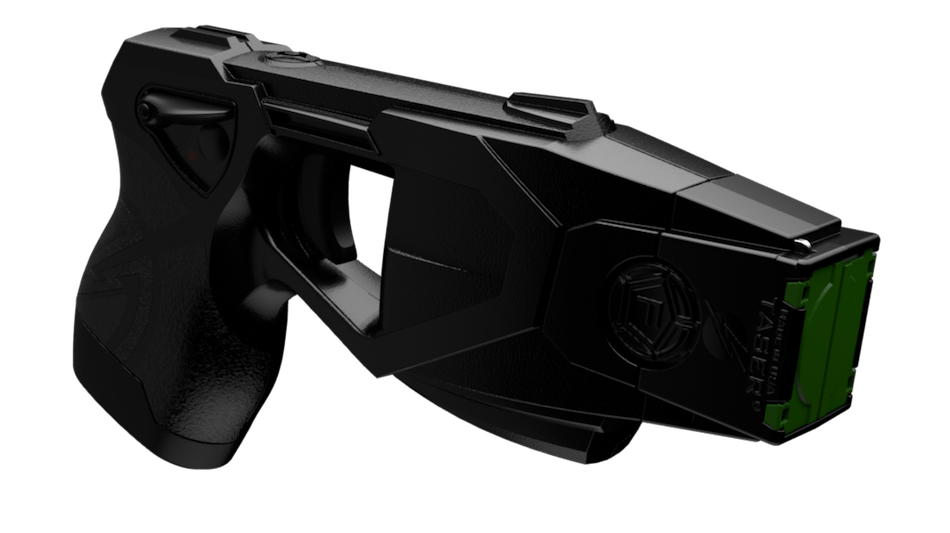 By now we’ve all heard the story of the former Oklahoma deputy who said he meant to use his handheld taser but instead fatally shot a suspect with his revolver. On April 27, 2016, a jury found him guilty of second-degree manslaughter and on May 31, he received a four-year sentence, the maximum possible.

At the time of the shooting, Robert Bates was 73, the CEO of an insurance company and had been a reserve deputy with the Tulsa County Sheriff's Office since 2008.

On April 2, 2015, he was providing backup for an undercover officer conducting a sting operation when the suspect, Eric Harris, bolted and was pursued by officers, who caught him and took him to the ground. Bates got out of his vehicle and fired his pistol into Harris' back.

"Oh! I shot him! I'm sorry!" Bates said, as captured in a video of the shooting.

Authorities said Bates thought he pulled out his Taser but "inadvertently" fired his gun.

This is not the first case in which a police officer mistakenly drew their service revolver instead of their Taser and shot a suspect.

In Oakland, California, in 2009, a Bay Area Rapid Transit police officer fired his gun instead of his Taser, killing a suspect, Oscar Grant.

The former officer, Johannes Mehserle, testified that he had meant to use his Taser but drew his gun instead. Mehserle was sentenced to two years in prison for involuntary manslaughter but was released early due to good conduct.

Seven years earlier, in 2002, in Madera, outside Fresno, an officer shot and killed Everardo Torres after confusing her Taser with her gun.

On the surface, the mix-up seems incomprehensible: How can a volunteer sheriff's deputy or an experienced police officer mistake a handgun for a Taser and accidentally shoot and kill someone?

So how easy–or hard–is it to draw and fire a handgun mistakenly instead of a Taser? Here are some factors to consider:

The Placement: Handheld Taser vs Pistol

Bates' attorney said his client is left-handed and said his gun was holstered on his right side, his non-dominant side. However, Bates informed investigators that even though he is left-handed, he shoots pistols with his right hand.

After Bates announced at the scene he was going to use his Taser, he "used his non-dominant hand, and it was the gun," said Clark Brewster, Bates' attorney.

Bates did not say explicitly where the Taser was on his body. But he admitted to grabbing the wrong device and said he was "startled" by the recoil of the gun.

"He said that he saw the laser sight on the shoulder, assumed it was the Taser," Brewster said. "Both the gun and the Taser have a laser sight, and he just made a mistake."

The Difference Between a Hand Taser and a Gun

Bates was carrying his personal gun, a Smith & Wesson .357 five-shot revolver, and a Model X26 Taser.

Attorneys representing the Harris family said there are stark differences between the two devices. The .357 revolver is small and black, whereas the Taser is mostly bright yellow and noticeably larger than the gun.

"There's no way an officer can get this confused with this," said one of the attorneys when describing the two devices.

Taser's X26 model comes in different designs. Some are mostly yellow, while others are mostly black with a yellow panel in the middle. But all appear to be larger than Smith & Wesson .357 five-shot revolvers.

The 'Slip and Capture' Theory

Sgt. Jim Clark of the Tulsa Police Department said Bates was the "victim" of something called "slip and capture." That's when a person intends to do one thing but instead does another in a high-stress situation.
"There's no peer-reviewed articles that would support this. ... It's not generally accepted by the scientific community," said Phil Stinson, an assistant professor of criminal justice at Bowling Green State University. "So it's something that in most courts would not be admissible as evidence."

An attorney for the Harris family said the "slip and capture" theory hasn't held up in court.

"The only time slip and capture has ever been used as a defense was in the shooting in Oakland (of Oscar Grant)," the attorney said. And that defense failed.

Do Tasers Look Like Guns? Are They Built to be Distinguishable?

Tasers are built to feel and look different than guns, according to Taser International.

Steve Tuttle, vice president for strategic communications at Taser, noted some of those differences:

But in the field, where an officer reacts on instinct, there are other distinctions outside of the product itself that are important, Tuttle said.

Taser's training calls for the stun gun to be placed on an officer's non-dominant side, as law enforcement experts say. And its training suggests that officers shout aloud, "Taser! Taser! Taser!" as they prepare to deploy it.

These guidelines are designed so that in the moment–when an officer's muscle memory kicks in–the body reflexively knows which weapon it is reaching for. It is up to each law enforcement department, however, in how it trains personnel and what regulations it requires as far as placement on the body.

Greg Meyer, a retired captain with the Los Angeles Police Department said the problem isn’t with Taser’s design, but with training and weapon placement.

Most police departments focus weapons training on firearms, not Tasers, he said. “In most places, you have one eight-hour training with Tasers,” Meyer said. “You have officers spending countless hours taking target practice with firearms. They’re just used to the gun.”

To make matters worse, he said, most officers place their Taser and their gun close to one another, often on the same side of the holster.

“You’ve got to get the Taser away from the handgun,” Meyer said.

In a high-stress situation, do you think you could be confused? If you carry both weapons, make certain you train yourself and learn the different feel, even in the dark.