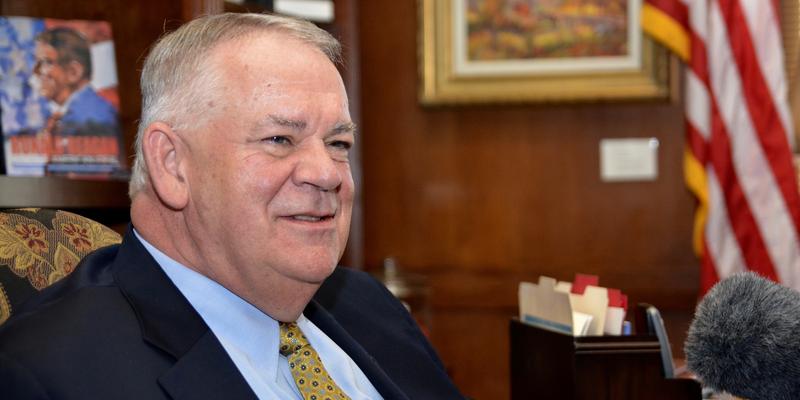 Georgia lawmakers have previously attempted to change the laws of the Peach State to allow the carrying of concealed firearms on campuses.  As recently as last year the legislature passed just such a bill only to have it vetoed by Governor Nathan Deal.

Deal’s objected to the measure based on his belief that guns could potentially be allowed into sensitive areas of college, such as day cares, administrative buildings and disciplinary hearings, by anyone who just happens to walk onto a campus.

“From the early days of our nation and state, colleges have been treated as sanctuaries of learning where firearms have not been allowed. To depart from such time-honored protections should require overwhelming justification. I do not find that such justification exists.”

Deal sent notes to Lt. Gov. Casey Cagle and House Speaker David Ralston imploring them to make certain changes to the bill so he could sing it.  They refused to accommodate his request, leaving Deal with no option but to veto it.

“the Second Amendment does not protect the right to take weapons on college campuses, citing a U.S. Supreme Court opinion written by late Justice Antonin Scalia and rules written at the University of Virginia in 1824 under the watch of Thomas Jefferson and James Madison.”

This upcoming legislative session will see Ralston re-introduce a new bill that he hopes will be more favorably received by the Governor should it land upon his desk.

In an interview on WABE radio on December 7, 2016, Speaker Ralston said:

“Let’s put together a new bill,” he said, “Maybe address some of the concerns that were raised, and take additional measures necessary to protect our constitutional rights under the Second Amendment, which is what I’m all about.”

Speaker Ralston would not give any specifics as to what the new bill would look like or how it might differ from the one vetoed by Gov. Deal.

In the WABE interview, the only thing he would say was:

“I’m not going to support a tweak that’s going to open up a bill to looking like a piece of Swiss cheese. There may be some other protections that we can talk about that we can even have a stronger bill than we had last year.”

We will continue to watch and report on this issue as it develops. — by Michael Wisdom, Senior Contributing Editor, Texas & U.S. Law Shield Blog