Home / Blog / Can an Executive Order from Biden Take Away Your Guns?

Can an Executive Order from Biden Take Away Your Guns? 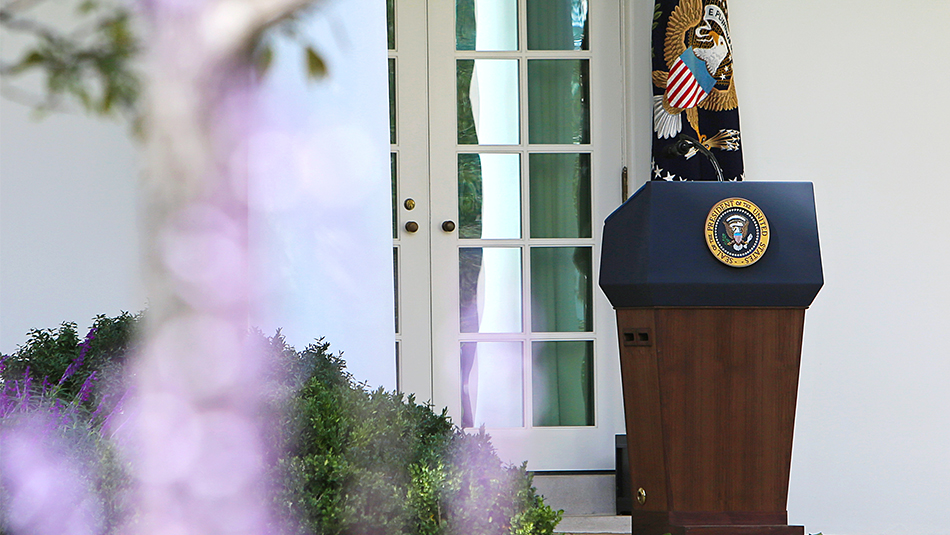 As of March 2021, President Joe Biden has already signed 37 executive orders. Recently, he confirmed that he’s looking at his options for an executive order to control firearms.

“Can we expect any gun control executive orders soon?” he was asked at a press conference on March 26.

“Well, we’re looking at that right now,” he responded. “We’re looking at what kind of authority I have relative to imported weapons, as well as whether or not I have any authority to—these new weapons that are being made by 3D equipment that aren’t registered as guns at all, there may be some latitude there as well.”

The President’s attitude toward the Second Amendment hasn’t been met positively by the majority of people across the country. According to an ABC/Ipsos poll from March 28, 2021, 57% of Americans disapprove of how President Biden is handling gun violence.

But it doesn’t stop there. He’s being pressured by lawmakers to take executive action—such as reclassifying the Ruger AR-556 pistol as a rifle—and fast. White House Press Secretary Jen Psaki told reporters that executive orders were in the President’s playbook.

“When the President was the Vice President in the Obama-Biden administration, he helped put in place 23 executive actions to combat gun violence,” Psaki said at one of the daily press conferences. “It’s one of the levers that we can use—that any federal government, any President can use to help address the prevalence of gun violence and address community safety around the country.”

With 37 executive orders already on the books, will he sign one on gun control? If so, how might a potential executive order affect you, the law-abiding gun owner?

The Authority of the President

The authority of the President to issue an executive order is not expressly stated in the United States Constitution, but rather implied. This implied power comes from Article II, Section 1, which states: “The executive power shall be vested in a President of the United States of America.” Furthermore, Section 3 of Article II states that the President “shall take Care that the Laws be faithfully executed.”

The Extraordinary Power of Presidential Orders

Although executive orders are directives to the government and federal agencies—rather than individuals—many historic examples demonstrate the impact on individual rights. If an agency is forced to change a policy because of an executive order, then that policy can directly affect the average American.

In the many years since our founding as a country, there have been some noteworthy executive orders issued by Presidents that greatly affected people; some severely limited their rights under the Constitution and seem outright antithetical to our American ideals today. Here are some noteworthy examples:

Another noteworthy FDR action occurred on April 5, 1933, when President Roosevelt signed Executive Order 6102, requiring Americans to surrender their gold (other than gold jewelry, gold coins, and a very small amount of gold bullion) to the government for payment of the then prevailing value of the gold surrendered.

If you could be forced to surrender gold by executive order, is it a stretch to think that guns could be handled the same way? To date, a mandatory buyback has never been attempted. One failed 2020 presidential candidate memorably proclaimed during a debate in Houston, “Hell yes, we are going to take your AR-15, your AK-47.” Could this candidate have been thinking of a possible executive order?

Beyond executive orders, the President has other executive powers such as issuing a proclamation and/or memorandum. A recent example of this is the banning of bump stocks. In 2018, President Donald Trump used his executive power, through memorandum, to require the Bureau of Alcohol, Tobacco, Firearms and Explosives (ATF) to ban bump stocks by changing their regulations. Of course, President Trump is not the first to use his executive power to restrict firearms. After the Sandy Hook Elementary School shooting in 2012, President Barack Obama issued several executive actions involving gun control. These actions included:

Executive orders are a powerful tool of government that can easily change depending on the particular Commander-in-Chief and their desired policies. What will Biden do with his power? With over half of Americans polled voicing their disapproval on how President Biden is handling gun laws, your guess is as good as ours. But given his recent comments, law-abiding gun owners should be on the lookout for an executive order that might possibly impact their daily lives.

Get free discounts, offers and vital legal updates delivered straight to your inbox.

Check your inbox for the true story.