Home / Blog / Who Can Be Trusted Not To Infringe? The 2020 Election Promises Made By The Major Political Parties

Who Can Be Trusted Not To Infringe? The 2020 Election Promises Made By The Major Political Parties 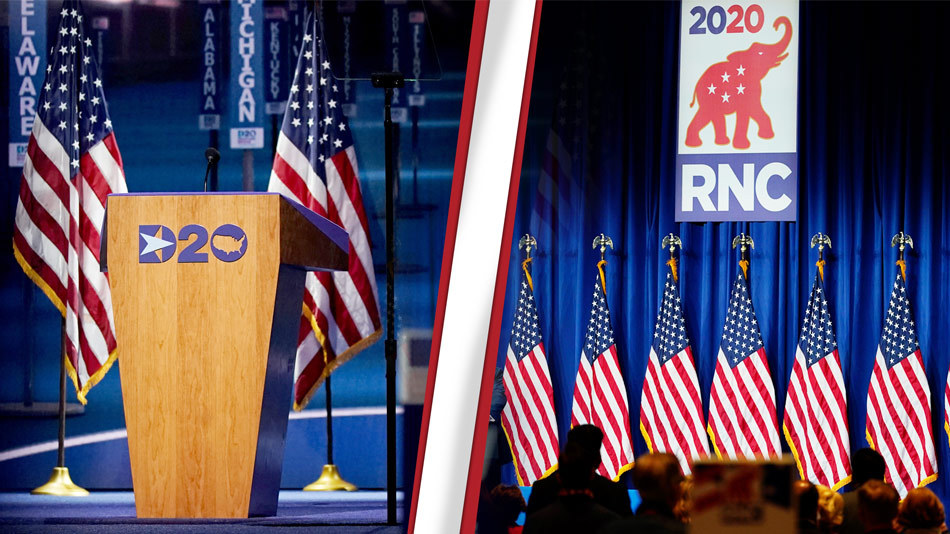 How important is the November 3rd election for the nation’s gun owners? As always, elections matter. It is no different this time around—especially when it comes to self-defense and the right to keep and bear arms. As voters, how do we know what a candidate for the highest office will do to uphold the Constitution and protect the Second Amendment?

To cut through the media hype on both sides, we examined the party platforms to find exactly what has been written, promised, and presented in each party’s official platform document.

A political organization’s platform outlines the policies, legislation, and/or executive orders that the presidential candidate will enact or attempt if elected into office. They are pledges that establish priorities for the candidates, underline the party’s basic values, and help guide voters through key issues.

Let’s begin with the formation of the platforms…

The current platforms of the Democratic and Republican parties were ratified during their party conventions over the summer. Since President Donald J. Trump is running for re-election, the Republicans took their platform from the 2016 election and passed a resolution reaffirming their continued support for the President’s “America-first agenda.”

Democratic party leaders drafted and ultimately approved the 2020 platform at their convention. The Democratic party platform calls on Americans to “restore the soul of our nation” in the preamble section of the Constitution. While these are the general themes of the platforms, let’s examine each party’s specific promises made regarding the Second Amendment.

Fighting for gun rights is at the foundation of the Republican Party’s 67-page platform. The Republicans state they will defend the original language of the Second Amendment as written in the U.S. Constitution. The opening of the Republican platform lends itself to that promise and reads “In a free society, the primary role of government is to protect the God-given, inalienable rights of its citizens.”

Focus On Upholding The Second Amendment

The platform’s focus on protecting our Second Amendment rights is made clear on page 12, under the straightforward heading, “The Second Amendment: Our Right to Keep and Bear Arms.” Defending gun rights is promoted throughout this chapter in the party’s platform, reinforcing that the right to keep and bear arms is a fundamental right guaranteed by the Constitution.

The Republican party’s Second Amendment agenda is clear in their platform: “We uphold the right of individuals to keep and bear arms, a natural inalienable right that predates the Constitution and is secured by the Second Amendment.”

Their platform document goes on to say that “Lawful gun ownership enables Americans to exercise their God-given right of self-defense for the safety of their homes, their loved ones, and their communities.”

Decided in 2008 by a 5-4 margin, District of Columbia v. Heller held a D.C. anti-gun regulation unconstitutional. Mr. Heller applied for a handgun ownership permit with the District of Columbia and was denied. Without such a permit, the District required that all firearms be kept unloaded and disassembled, or bound by a trigger lock, even in a person’s own home. The Supreme Court held that the Second Amendment protects an individual’s right to own firearms for the specific purpose of self-defense. The Court’s majority decision also debunked the “well-regulated militia” argument against individual ownership of firearms, by clarifying that the right of self-defense has no connection to any militia or military, and this phrase does not reference or limit gun ownership to the state’s military forces.

In the McDonald v. City of Chicago decision in 2010, the Court was presented a nearly identical set of facts as the Heller case. The Court’s decision in Heller solely applied to the District of Columbia and therefore did not impact any state. This is because D.C. is under the exclusive jurisdiction of Congress and is not part of any state. Therefore, if the Court wanted its ruling in Heller to reach the states, it needed to decide another case from a different locale. McDonald gave us that necessary expansion, and the Court held that the Second Amendment is fully applicable to the states, and states are prevented from enacting bans on handguns for self-defense in the home.

“We support firearm reciprocity legislation to recognize the right of law-abiding Americans to carry firearms to protect themselves and their families in all 50 states,” the platform pledges. “We support constitutional carry statutes and salute the states that have passed them.”

President Trump has indicated that he would also consider extending the right to school teachers that are trained to carry. “If you had a teacher who was adept with the firearm, they could end the attack very quickly,” he said at a forum in 2018.

Additionally, the party opposes restrictions on magazine capacity or laws that ban the sale of guns with high-capacity magazines. “We oppose ill-conceived laws that would restrict magazine capacity or ban the sale of the most popular and common modern rifle. We also oppose any effort to deprive individuals of their right to keep and bear arms without due process of law,” the platform pledges on pages 12-13.

In contrast, legislation restricting high-capacity magazines has become increasingly popular in recent years. Colorado bans (with some exceptions) magazines that can accept more than 15 rounds of ammunition. California and New Jersey have laws restricting magazines that can accept more than 10 rounds of ammunition. This is an interesting area of the law to watch, as we could see a case at the Supreme Court in the coming years regarding California’s magazine restriction. In August of 2020, the 9th Circuit Court of Appeals struck down California’s law as an unconstitutional restriction on the Second Amendment. It is an almost certainty that the State of California will appeal this decision to the fullest extent possible, so stay tuned.

Defending the Right of Citizens to Keep and Bear Arms

Protecting due process of law is essential to defending the right of citizens to keep and bear arms. The Republican platform states: “We condemn frivolous lawsuits against gun manufacturers and the current administration’s [Obama administration] illegal harassment of firearm dealers.”

The Democratic Party’s platform presents gun ownership in the U.S. as a “health problem” contrasted with the Republican position, which defines it as a Constitutional guarantee. Their position on firearms begins on page 47 of the 92-page document and is outlined under the heading “Healing the Soul of America.”

The platform asserts that gun violence is creating a “public health crisis” in America and affirms a commitment to “ending the epidemic of gun violence” in the nation. It advocates for universal background checks, ending online gun and ammunition sales, and limiting gun purchases by certain specific citizens. Furthermore, the Democratic Party platform looks to outright ban the manufacture and sale of “assault weapons” and high-capacity magazines.

Red flag laws are not currently mandated by the federal government, but many states have put them into place without a federal incentive or directive. These red flag laws have been argued to be unconstitutionally vague and therefore violate “substantive due process” by failing to properly define what it means to be a “danger.” The Democratic platform does not offer any guidance, and it is unlikely that a federal push for nationwide red flag laws would clarify this issue.

Under the Democratic party platform, some parameters of gun ownership in the home could be subject to federal laws regarding storage and locking of firearms. “We will pass legislation requiring that guns be safely stored in homes,” the platform pledges. Currently, only Massachusetts requires firearms be locked at all times when not in use. Several other states, such as California, Connecticut, and New York, have laws requiring firearms stay locked under many conditions. A federal mandate on the storage of guns in the home could have implications on how gun owners defend themselves and their families.

Voting is a personal decision that must be respected. Everyone should act on their right to vote, which is a privilege as a citizen of this great country. It is clear that the two parties’ platforms differ greatly on the issue of Second Amendment rights and protections.

So, will your Second Amendment rights be infringed? Only time will tell based on who is elected and the actions that they take. We will leave it up to you, and we encourage all to vote on November 3, 2020.

If you have any additional questions about gun ownership and your rights, please contact U.S. LawShield and ask to speak to your Independent Program Attorney.