Home / Blog / “You Can Tell It to The Judge!” Charged with a Murder You Didn’t Commit…

“You Can Tell It to The Judge!” Charged with a Murder You Didn’t Commit… 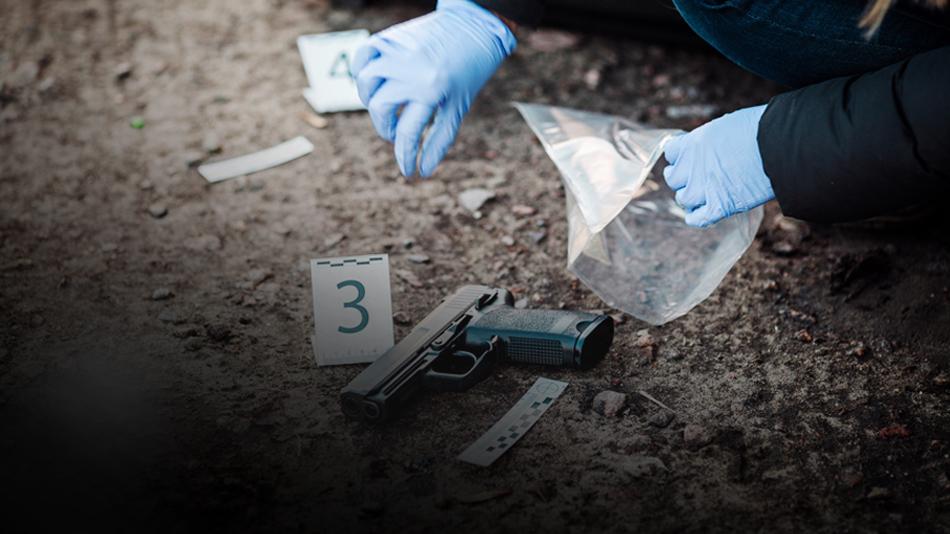 What is the difference between a stolen TV and a stolen gun? No, this isn’t the opening line to a joke… but you may say, “are you kidding me!” when the police are at your door with an arrest warrant for a murder you didn’t commit.

You need to have a plan. What if your gun is stolen? Worse yet, what if that criminal uses your gun to commit a serious or violent crime like an assault, robbery, or murder? Hopefully, you have an alibi—and the situation is just a minor inconvenience. But with growing bureaucracy and limitations placed on police officer’s discretion—we see innocent people indiscriminately forced into the legal system every day.

Your Gun Was Stolen and Used In a Crime; You Are Now Suspect #1…

This won’t surprise you; guns are stolen by criminals. Criminals choose the time, place, and victim… and know how the criminal system works. Government research on prison inmates found that more than half who possessed a firearm during their offense stole it, found it at the scene of their crime, or purchased it from an “underground” market. These underground markets tend to hold and sell an inventory of mostly stolen or unlawful guns. Those odds should frighten any reasonable gun owner. Because if a firearm found at a crime scene is traced back to you—you could be in for a time-consuming, reputation destroying, and financially wrecking ride.

A Knock at Your Door.

When a gun is collected as a piece of evidence, it is a common practice for investigators to trace it back to the original point of sale. If you happen to be the purchaser… you may hear a knock at the door. This is the time to lawyer up. Think about how you would handle this situation. What is your plan if the ATF shows up at your door? Who are you going to call? First, remain calm. Inform the officers that you want to cooperate, but you must speak with your lawyer first. Even if you believe you have done nothing wrong, do not speak to the police without consulting with an attorney. If the police have a warrant for your arrest—you will be arrested. Invoke your right to an attorney and invoke your right to remain silent, and then REMAIN SILENT.

Can You Really Be Charged?

Yes! The standard for arrest is probable cause. The police only need to articulate why they think you (probably) committed the offense. Your gun? Your city? Your side of town? The same hair color as the perpetrator? You don’t remember where you were on Tuesday 6 months ago? Probable cause is the same standard a grand jury follows when deciding on whether or not to indict someone. There’s a reason prosecutors say, “I could indict a ham sandwich.”

Can You Be Sued By the Victim of the Crime Committed With Your Stolen Gun?

You have heard us say it a thousand times: anyone can be sued for anything at any time. So, the answer is yes. Whether the case will go anywhere is another story, dependent on your state’s civil liability laws. But the same evidence used against you in a criminal charge could appear in civil court. Know the law and make sure that you properly store your firearms as required.

What Should You Do If Your Firearm is Stolen?

No matter how responsible you are with your guns, there’s always a chance of one or more of them being stolen. Criminals love stolen weapons. Why? Because they can’t easily be traced… to them. But don’t be naïve enough to think that it can’t be traced back to you!

If your firearm is lost or stolen, you need to do two things: contact an attorney and follow their advice. You and your attorney will decide if and when to report your stolen firearm. Many states require you to report a stolen gun within a certain amount of time. If you fail to do so, you could face civil or criminal penalties. By contrast, some states have no reporting requirements at all. Regardless of the law in your state, making immediate contact with an attorney who can advise you about the steps you should take to report the gun stolen is the smartest course of action.

For U.S. LawShield members who have chosen our lost and stolen gun add-on coverage (Gunowner Identity Theft Coverage), you have extra security in the event your firearms are ever stolen. With this coverage add-on, members will be protected and defended should their gun ever become lost or stolen. The program includes:

To protect yourself from the possible legal fallout from a lost or stolen gun, contact U.S. LawShield and add Gunowner Identity Theft Coverage today!