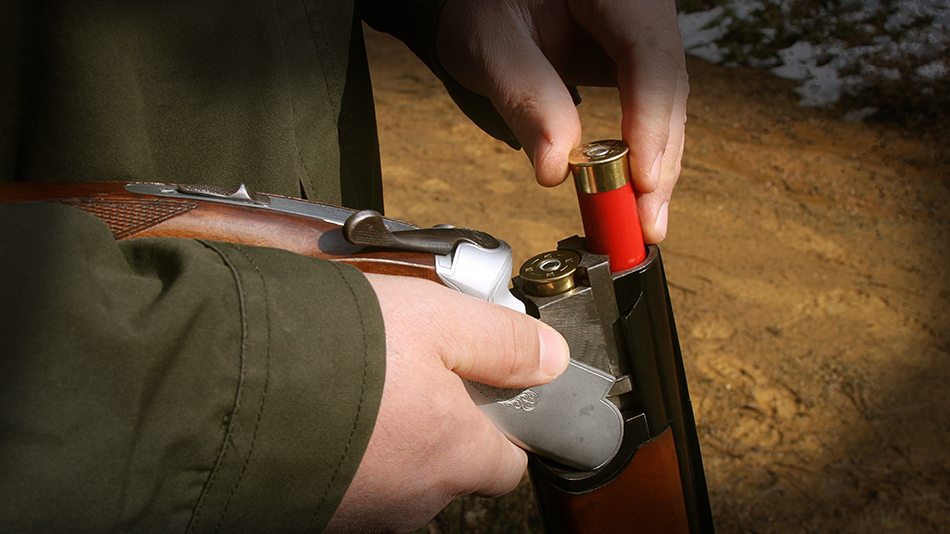 No closed season. They’re three of the greatest words found on the Texas Parks and Wildlife website; after all, who doesn’t love hunting 365 days a year? These are five “no closed season” hunting options that are not only fun to go after but are somewhat symbolic of the Lone Star State itself.

The list could easily begin and end with feral hogs. First introduced to the United States in the 1500s by Spanish Explorer Hernando DeSoto, with the Eurasian/Russian variety following in the early 1900s, feral hogs proved themselves more than up for the challenge of qualifying as an invasive species. Hogs do an estimated $400 million in damage to the state of Texas every year, a quarter of which is specific to crops.

Although there aren’t many legal restrictions for hunting hogs, there are a few to keep in mind. According to Emily Taylor, Independent Program Attorney for Texas Law Shield, “In Texas a valid hunting license is required, but there is an exception for landowners or their agents who may hunt on their land –but not trap or snare—without a license if hogs are damaging their property. However, hogs cannot be hunted on public roads or right-of-ways and hunters must have the permission of the landowner to hunt on private property.”

No bag limit, no tags, and no closed season. Hogs can be hunted at night with thermal detection, baited on private land, and shot from trucks, helicopters, and even hot air balloons. Some choose to use dogs, while others spot-and-stalk. Others sit in blinds. Whatever method you use to get them, keep the meat. Feral hog is excellent eating and there’s more than enough to go around. The widely agreed-upon goal is management rather than eradication since it is generally agreed we’ll never be rid of feral hogs.

They might look similar to pigs, but javelina are actually collared peccary. In Texas, hogs are not classified as game animals. Javelina are, and there are indeed significant differences between the two. Javelina are technically omnivores but primarily function as herbivores, typically weigh in between 40 and 80 pounds, and are perhaps best known for the chattering noise they make by rubbing their tusks together. And, of course, javelinas are native to the state.

When it comes to hunting javelina it is, as usual, a matter of knowing the law. Hunting javelina is open year-round in 50 southern Texan counties, and half the year in 43 northern Texan counties. The bag limit is two per license with no tags, and since they most heavily populate the counties where hunting is open all year long it’s as easy as heading to your closest “no closed season” area for some collared peccary. You can spot-and-stalk or sit in a blind with your pistol or rifle. Not only do they make fantastic full-body mounts but the meat is so good many hunters prefer it over feral hog.

For a semiaquatic rodent, nutria have quite a few names – coypu, river rat, Myocastor coypus – and for an invasive species, they’re on the small side. Don’t let their diminutive stature fool you; just because adult nutria average 7 to 20 pounds and 14” to 24” long, plus their tails, doesn’t mean they can’t utterly demolish vegetation, irrigation systems, and even homes.

As with most year-round hunting, the laws pertaining to nutria mostly involve where they’re hunted: “Nutria can be hunted with a valid hunting license year-round both recreationally and for commercial harvest,” said Taylor. “The usual rules apply to location, though, they cannot be hunted on public roads, highways, or right-of-ways. Statutory wildlife sanctuaries are also off-limits. Further, it is illegal to shoot at or take fur-bearing animals from boats on public waters in the state of Texas.”

Many hunters going after nutria use rifles chambered in smaller calibers such as .22 LR or .17 HMR although some use shotguns. They may be hunted with firearms, lawful archery equipment, and through use of artificial light. While it’s understandable to opt to toss the meat, especially considering their resemblance to rats, there are actually quite a few good recipes out there if you’re willing to give it a shot.

It’s almost impossible to deny their appeal. With rufous-shaded hides decorated with neat horizontal rows of white spots and three-pronged antlers often more than one yard tall at their highest point, Axis stags present a stunning picture. They’re one of the most popular exotic animals in Texas but although they’re native to India, not Texas, they’re not classified as invasive. Axis – also known as chital – are technically ungulates and are classified as exotics by the state of Texas.

“Even though there aren’t any closed seasons or state bag limits on exotics, that doesn’t mean hunters can shoot Axis whenever and wherever they desire,” said Taylor. “In Texas, exotics cannot be hunted without a valid hunting license or without the permission of the landowner. Possession of an exotic or of their carcass on private property is also illegal unless you have the landowner’s consent.”

The majority of Axis deer hunts are guided on private land and many are free-range hunts. Axis are hunted with appropriately large calibers using everything from rifles to handguns to bows. In fact, air guns such as those made by Terry Tate, owner of Professional Big Bore Airguns, have recently become increasingly popular. When it comes to year-round hunting options, Axis really do offer one of the greatest packages: gorgeous hides, impressive antlers, and what can only be described as succulent meat.

Any hunt where a coyote steps onto the scene becomes a coyote hunt. Coyotes are predators, but are also opportunistic. Their diets may be focused on rodents and smaller game but if the opportunity presents itself they will attempt to take down larger animals, especially as a pair or pack. They are everywhere, not only occupying open country and forests but entering suburban areas to hunt and scavenge for food (including pets).

In Texas, coyotes are considered non-game animals and may be hunted by any lawful means 365 days a year. That means you can go after them with thermal, set up your ICOtec GC500 e-caller to call them in, and shoot them with a variety of firearms. It might be tempting to be less than careful with shot placement when hunting coyotes due their admittedly vicious natures, but remember: it is the moral and ethical responsibility of all hunters to drop game – and non-game – animals with a clean kill.

A license is required to hunt coyotes with one exception. According to Taylor, “Texas law does not require a hunting license for coyotes in situations where those coyotes are in the process of attacking, about to attack, or recently attacked livestock, domestic animals, or fowl,” adding that “you can even discharge firearms on or across public roads if a coyote attack is in progress on or across that public road.”

Coyotes are quick and intelligent, so hunting them requires an awareness of the need to be still and patient. When they do respond to your call and present an opportunity for a clear shot, act fast and take it. Shoot a coyote, save a fawn.

The No Closed Season Bottom Line

Considering the number of game, non-game, fur-bearing, exotics, and other animals that can be hunted all year long there’s no excuse to miss out on hunting in Texas whenever you can. In fact, one of the biggest mistakes seasonal hunters make is failing to practice sufficiently in the off-season, and broadening their hunting horizons is the best way to correct the problem. Taking the time and effort to spot-and-stalk hogs or call coyotes, then drop them with proper shot placement quickly translates to greater success when whitetail deer season arrives. And, of course, it’s a lot of fun. Try your hunting hand at no-closed season animals and never again waste months waiting for the familiar rush of adrenaline and sense of accomplishment from a hunt well done. Stop limiting yourself. Hunt hard, and do it year-round.

If you have questions about year-round hunting regulations, Texas Law Shield is here to help. Members of U.S. LawShield’s Hunter Shield program have access to attorneys to get the answers they need concerning not only year-round game, but hunting and fishing laws in general. In addition, members are granted discounted entry to Sportsman Law Seminars. Seminars include, but are not limited to, access to former game wardens and attorneys who are also seasoned hunters. Add to your existing Texas Law Shield membership for only $2.95 per month.

Not a member of U.S. LawShield? Join today to expand your education as a sportsman and ensure your hunting and fishing questions are answered by trustworthy sources who know the law.

For a closer look at Texas hunting regulations, visit: http://tpwd.texas.gov/regulations/outdoor-annual/hunting/