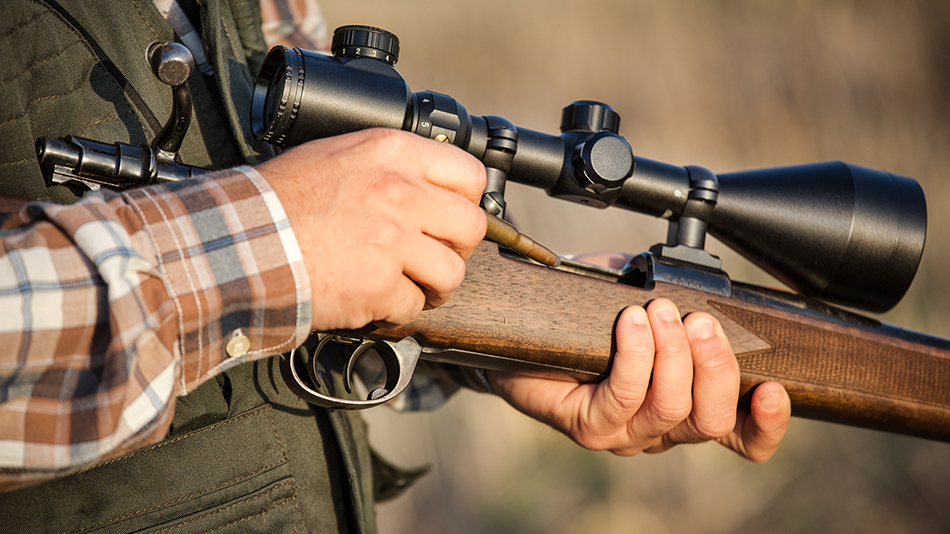 In 2012, Brad Lambert went deer hunting in Manitoba, and when his truck got stuck he assumed it wouldn’t be long before someone found him. It was deer season, after all, and there were hunters everywhere. Lambert followed the most well-known rule of getting lost: stay put. He didn’t stray far from his truck, used his blaze orange vest to flag low-flying planes, and attempted carefully-fired shots to signal other hunters. On the 22nd day, gripped with the realization he was perilously weak, Lambert stumbled away from his truck. On day 23, 40 pounds lighter, he discovered a road and a Good Samaritan who drove him to the nearest town. Lambert lived through sheer luck.

The Rule of Three

You’ve probably heard of the “rule of three”. It states people can live for: 3 minutes without breathing, 3 hours without shelter (in extreme climates), 3 days without water, and 3 weeks without food. These are only a general rule of thumb due to the many mitigating factors involved. Climate , such as inclement weather—the physical condition of the person in question—and the energy requirements during the time the person is lost must all be taken into consideration. The “rule of three” provides a starting point but isn’t a hard-and-fast guideline.

What the rules do is help you prioritize if you’re ever lost while hunting. What do you need? Air, shelter, water, and food. There’s more, though: mindset.

According to Navy SEAL Master Chief (ret.) Ron Bellan, mindset is of the utmost importance if you get lost hunting. And with 25 years of military service behind him and a lifetime as a hardcore hunter, Bellan would know. Bellan has an outdoor show on the Pursuit Channel, Reaper Outdoors: Survive the Hunt, suited to his skills. Survive the Hunt combines hunting and wilderness survival to cover a multitude of related skills from skinning game, to navigating terrain, to living in the field with only what can be carried on your back.

When discussing survival and the mindset necessary for it, Bellan reiterated the need to “always be psychologically ready, because in order to survive you have to want it.” His other tips include staying positive regardless of the circumstances and being and remaining mentally prepared for the potentially lengthy process of surviving. “Rescuers may be coming, but your survival is not in their hands, it’s in yours. Sitting and doing nothing isn’t an option,” Bellan said.

Stay calm, make a plan, and take decisive action. Being positive doesn’t mean you perceive being lost in the woods as an opportunity to commune with unicorns; it means you refuse to allow fear to take over. It might not be easy, but it can be done. If James Scott can survive by eating caterpillars while lost in the Himalayas for 43 days, you can survive getting lost while hunting.

Staying mobile may seem counterintuitive to the age-old rule of staying put but it isn’t.  We’re not suggesting you wander off into the woods. After all, hiking another two miles broadens the search grid 12 square miles. We’re saying there are benefits to staying active. Just restrict activities to a set area.

There’s a lot to do when you’re lost in the woods. Water should top your list; if you have none it’s going to become an issue sooner rather than later. A few tips on locating water: 1) stop and listen, 2) watch for converging animal tracks, 3) move downhill, 4) look for swarming insects such as mosquitoes, 5) get creative.

The last is reserved for times there seems to be no readily available water; in the winter, snow can be melted, and dirty water can be purified. In #5 scenarios, use tricks to collect water such as tying a plastic bag around foliage or tree limbs to collect dew or wrapping an absorbent cloth around your lower legs and walking through tall grass before the sun rises. Our bodies need between two quarts and one gallon of water per day but the minimum is 32 ounces daily. Do not sip water throughout the day or gulp it in one sitting; instead, divide your fluid into 4 to 6 servings and drink each serving all at once. This allows your body to utilize available fluids to its greatest ability.

Staying active keeps you warm and boosts bodily functions. Don’t break a sweat, though; sweating can make you cold (sweating also suggests you’re burning more calories than you can afford to expend in a survival situation). Remember, you need shelter, water, and food, and you’ll only have those things if you keep moving. If you must stray from your “lost in the woods” base camp, mark your trail either by tying flagging tape around branches or gouging the bark of trees with a knife. Always mark your path at eye level on your right and make new markings within sight of the previous one.

You never know what might happen and being prepared could save your life. Ron Bellan advises hunters to “be prepared for long-term survival; you have no way of knowing whether you’ll be rescued in one day or ten. In fact, you might be forced to rescue yourself, so be ready for anything and everything.”

Readiness applies to mindset, training, and gear. Training comes in handy when it’s time to start a fire, apply a tourniquet, or field dress a deer, but that’s for another article. Today let’s consider the minimal gear to have in your pack:

Water filter. Filters like the Katadyn BeFree are portable thanks to the flask being collapsible and easy to use. The BeFree is effective against microorganisms and made for use with cloudy water. If you want a tougher filter, try the MSR Guardian. The Guardian purifier does take up more space but physically removes viruses like Norovirus and Hepatitis A, bacteria such as E. coli, and protozoa like Giardia in addition to the usual sediment. Its filter can purify up to 10,000 liters and it requires no batteries; simply operate the hand pump for clean water.

Fire starter. Yes, you can soak cotton balls in Vaseline and store them in a baggie, but there are better options. One great combination is UST Brands’ Sparkie Firestarter and WetFire Tinder. The Sparkie weighs in at 0.8 ounces, has a collapsible flint rod, and is designed for precise strikes so sparks go where you want them. WetFire Tinders are individually packaged, burn longer when wet, and have a 5-year shelf-life.

Knives. Carrying both a larger hunting knife and a smaller folding knife is wise. Hunting knives such as those made by Valavian Knives are a must-have due to their quality. Cheaply-made knives are prone to breaking and will not hold an edge while well-made knives such as Valavian’s bowies do it all. Using a Valavian hunting knife I’ve done everything from dressing deer and pigs to cutting branches. The company also hand-manufactures folding wombats and oversized folders which are handy to have in your pocket or pack for miscellaneous use.

Medical supplies. All hunters should carry tourniquets—and know how to use them. The North American Rescue Combat Application Tourniquet (CAT) is reliable, durable, and simple to utilize. It can be stored in your pack or carried on your belt in a Voodoo Tactical Tourniquet Pouch. Get trained in proper tourniquet use.

First Aid Gear: Get it! Carry it!

Another first-aid item to have is an IFAK (Individual First Aid Kit), or blowout kit. You can find our recommended blowout kit here which includes two tourniquets, chest seals, trauma shears, combat gauze, and other life-saving tools for survival. The ability to deal with medical emergencies is an absolute necessity. Have supplies on hand and have the necessary training to use them right.

Flagging tape. This one is self-explanatory. Throw a roll of blaze-orange Primos Flagging Tape in your pack to mark your trail and alert rescuers.

Compass. You cannot count on technology but you can rely on a good compass. Carry one like the Silva Ranger CL which has geared declination, a sighting mirror, and luminous points for use at night. Don’t know what those are? Learn how to use a compass.

Flashlight. The Bushnell T600L is bright and tough. Its aircraft-grade aluminum body is nice for rugged conditions, it has a Red Halo low-lumen mode to protect night vision, and there’s a lockout feature to prevent accidentally draining the battery. For hands-free light check out the Bushnell H250L AD Headlamp. One survival-friendly feature of that headlamp is the rear-mounted external battery which allows for more extensive use.

Paracord. Ideally, keep 50 yards of 550 cord stowed in your pack. Companies like Rock Paracord offer it in various forms: bracelets, knife handles, rifle slings, the list goes on. This paracord can be used for a wide variety of things including securing your shelter, fashioning a splint, and making snares. You can even pull out the cords within for fishing, assuming you include a hook in your kit.

Since you’re hunting you’ll have your rifle, but no matter how tempting it is, don’t fire recklessly into the sky. Follow the four rules of gun safety.

Other items to pack: extra ammo, a shemagh, beef jerky and nuts, gloves, spare socks, and a map. Wear quality boots. Dress in NOMAD camo for its blaze-orange lining. Always inform someone where you will be hunting and when to expect your return.

There are 640 million acres of public land in the United States and even more privately-held property. Texas alone is 167,624,960 acres, meaning there’s plenty of room to get lost. Being prepared is half the battle; surviving after the fact is the rest. If you’re a hunter or just interested in survival, take this opportunity to attend one of our new First Aid for Gunshot Wounds seminars. Learn what it takes to survive and to save others based on tactical medical treatments.

Do you know the hunting regulations in your state? U.S. LawShield is here to help. Members with the HunterShield add-on have access to attorneys to get the answers as needed not only about hunting and fishing, and where they can do it.

Members are also given discounted entry to informative educational events and information, such as Sportsman Law Seminars and First Aid for Gunshot Wounds seminars. Seminars include access to experts across a range of fields and attorneys who are seasoned hunters. Join today and broaden your hunting education as a sportsman while ensuring your hunting and fishing questions are answered by trustworthy sources who are familiar with the law. Click here to register for a seminar today.