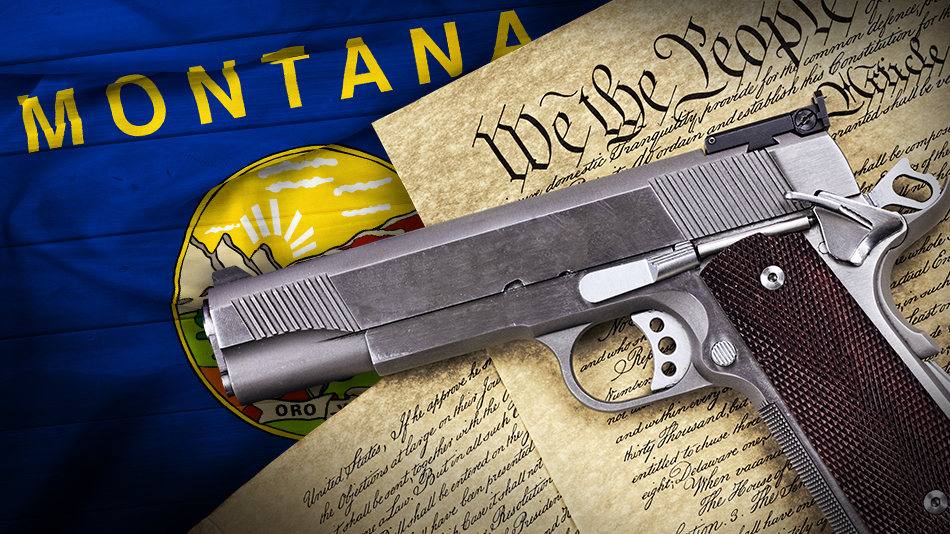 Add Montana, Oklahoma, Arkansas, West Virginia,  South Carolina, Tennessee, Missouri, North Dakota and Texas to the list of states moving in defiance of the stated goals of the current Presidential administration. On April 23, Montana Governor Greg Gianforte signed House Bill 258 into law, catapulting Montana into the burgeoning ranks of states preemptively signaling that they do not support and will not enforce new federal restrictions on the people’s right to keep and bear arms. On Twitter, Governor Gianforte had this to say:

I will always protect our #2A right to keep and bear arms.

So, what does that mean in layman’s terms? To answer that question, we need to examine the bill itself:

(1) “Federal ban" means a federal law, executive order, rule, regulation that is enacted, adopted, or becomes effective on or after January 1, 2021, or a new and more restrictive interpretation of a law that existed on January 1, 2021, that infringes upon, calls in question, or prohibits, restricts, or requires individual licensure for or registration of the purchase, ownership, possession, transfer, or use of any firearm, any magazine or other ammunition feeding device, or other firearm accessory.

(3) Nothing in this section may be construed to prohibit or otherwise limit a peace officer, state employee, or employee of a political subdivision from cooperating, communicating, or collaborating with a federal agency if the primary purpose is not: (a) law enforcement activity related to a federal ban; or (b) the investigation of a violation of a federal ban.

Essentially, what Montana lawmakers have done is ensure the current status quo with respect to the state’s participation in the enforcement of federal firearms regulations.

Further reading: What is a Sanctuary State?

So why is the Montana statute (along with the second amendment sanctuary laws in many other states) structured this way?  Their choice to cite Printz indicates they are aware there’s already case law indicating that the federal government cannot compel state officers to enforce a federal regulatory program. The U.S. Supreme Court has long recognized that federal law can preempt state regulation of a particular activity. However, the Court has also recognized a limit on the federal government’s preemption power: under the "anti-commandeering" doctrine, Congress cannot directly compel the state to perform regulatory functions on the federal government’s behalf.

Of particular note, this bill does not prohibit federal officers from enforcing federal law in Montana. The bill says that if new, stricter regulations were passed, federal officers would be on their own in enforcing them and would not be able to use any State-controlled resources such as funds, manpower, or presumably, facilities. Whether this would have any practical impact on enforcing more restrictive regulations remains to be seen.

There is still some ambiguity as to how the State would react if items currently legal under the National Firearms Act (“NFA ”) were to suddenly be declared illegal by the federal government. While suppressors could hypothetically fall under the “other firearm accessory” category, fully automatic firearms were explicitly included under the “Prohibition of Enforcement” section in an earlier draft of the bill, and are not mentioned at all in the bill as it was signed into law.

The Second Amendment and State Law

There are currently fifteen states that have enacted statewide legislation to protect Second Amendment rights from future restrictions. This trend appears to be gaining momentum, as the majority of the states that have passed such legislation have done so since the beginning of April this year.

Between the anti-gun policies of the current President, the Supreme Court’s decision to hear its first major case on gun rights since McDonald v. Chicago, and a burgeoning movement of state governments declaring themselves Second Amendment sanctuaries it is safe to say that 2021 is shaping up to be an interesting year for gun rights.