Pepper Spray: 10 Reasons NOT to Use It 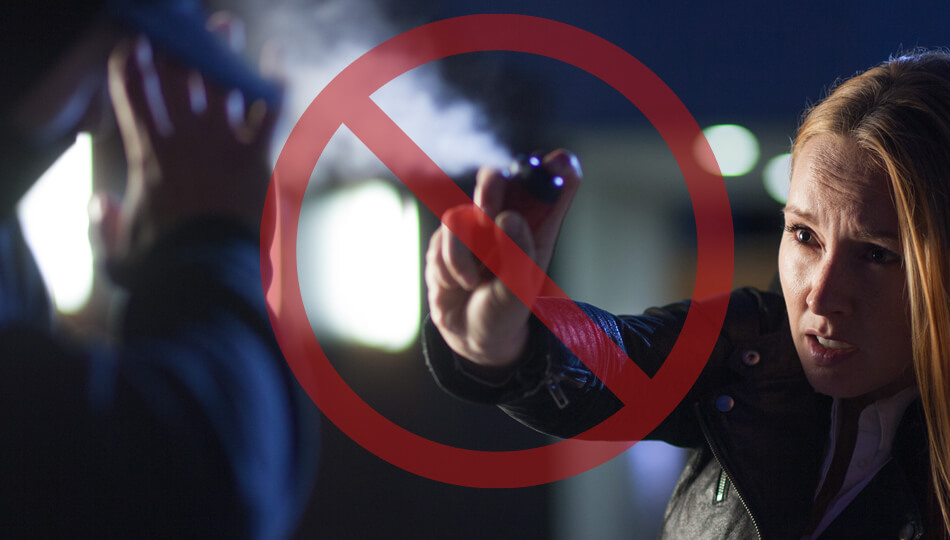 Pepper spray is frequently recommended as a primary or secondary defensive tool. It’s easy to see why some people suggest it, considering pepper spray’s history and accessibility, especially for those not yet old enough to legally carry a firearm. However, if you’re thinking about adding pepper spray or a similar defensive spray to your self-defense toolbox, there are a multitude of reasons not to do so. Want to know more? Here’s our list of the top 10 reasons not to use pepper spray.

Your pepper spray is probably going to be buried in your purse, the console of your truck, or deep in your pocket when you need it most. Unless you intend to walk around with the canister of pepper spray in your hand at all times, it’s unlikely you’ll have it ready to go instantly when the moment comes to deploy it.

That’s right, you can’t be sure about what you’re getting when you grab a canister of pepper spray off the shelf. To some people, the fact that you can get it from Amazon—and pretty much anywhere else—does much to recommend its use, but pepper spray is so broadly made, it’s impossible to predict its effectiveness. The pepper spray you choose might be strong enough to blind someone, or it might be so weak it’s no different than spritzing water in the air. Do you really want to take that risk?

8. Wind plus pepper spray? Not your friend.

Using an aerosol-like pepper spray can be a touchy thing when it comes to the weather. Wind is your worst enemy when you use pepper spray, but rain and snow aren’t helpful, either. If the conditions are at all adverse, you could end up with a face full of your own pepper spray and the burning mucous membranes and skin to go with it. Then there’s the coughing, which could work with the other side effects to hamper your ability to fight back—let alone run away from the threat. Do you think you’ll have time to check the wind and consult the almanac before using pepper spray?

Didn’t know that? It’s true. The average canister of pepper spray is next to worthless in two years or less, and that’s from its manufacture date, not the day you buy it. As the pepper spray ages, it loses whatever effectiveness it started with. Do you know what doesn’t expire? Lawfully owned firearms, ammunition, and edged weapons.

If you have a health condition that could be negatively impacted by pepper spray—think asthma or cardiac problems—you’re going to have a bad time if you use the spray and it floats back your way (which it probably will). Anyone in your general vicinity with those health issues could be affected badly as well. You’re responsible for whatever defensive tools you use, so why use one that results in an uncontrollable cloud that travels wherever the wind blows it?

See also: How To Use Pepper Spray (But Why You Probably Shouldn’t)

It’s something we’ve all seen on the news: law enforcement officers getting their tasers or defensive sprays confused with their firearms. Is it possible to keep them straight? Of course, but with the adrenaline pumping and a good dose of fear, it’s much harder to focus. You might be thinking that a pepper spray canister is a totally different shape from a firearm, and most are, but you’d be surprised how little that counts in the terror of the moment. What if you want your gun but reach for the pepper spray instead?

An attack could be made worse; rather than de-escalating the situation, it escalates. There’s no predicting how an assailant will react to being pepper-sprayed. It’s realistic and true to say it could enrage your attacker, making the situation worse, not better. There’s no way to know what could happen. Do you want to risk pepper spray when you might only make a violent assailant angrier? 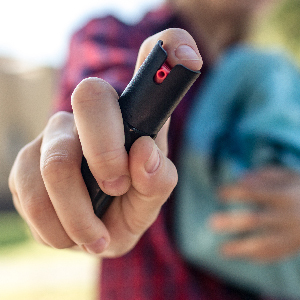 Many of the people you’re likely to pepper spray have been exposed to it before. Once you’ve been pepper-sprayed, you learn to fight through it—which is one reason you’ll get a face full of pepper spray if you take a class on its use. If you think criminals don’t learn to ignore and attack through a little burning, you’re wrong. A lot of criminals have been repeatedly sprayed, and using it isn’t going to matter one bit. You have no way of knowing in advance, because it isn’t as though you can pause the attack and ask what the most effective weapon in that situation would be (as if they’d answer honestly).

2. Not a magic ticket to safety.

For some reason, a lot of parents go ahead and hand their teenage daughters a canister of pepper spray with the advice to just aim it at the bad guy. There’s rarely any training involved, and the pepper spray ends up tossed aside and forgotten. But in cases where the pepper spray is carried, the young woman in question might feel as though that spicy spray makes her bulletproof. It’s important to understand that pepper spray isn’t a magical formula for safety. Just because you have pepper spray—or a firearm—doesn’t mean you can or should go anywhere risky. Pepper spray gives a lot of people a false sense of safety and bravado, which can prove incredibly dangerous in the long run.

This might seem unfair to those who aren’t yet legally old enough to carry a firearm for self-defense use, but it’s true and needs to be said. Pepper spray isn’t a gun, and there are a lot of other self-defense options out there that are more reliable. If you have the ability to lawfully carry a firearm and choose not to in favor of toting a canister of pepper spray, you’re making a less-than-ideal defensive choice. It’s your choice, but wouldn’t you rather give yourself the greatest chance of surviving a violent attack?

Defensive sprays might be some of the most misunderstood products on the market. Before choosing to trust your life or the life of a loved one to pepper spray, do some research. You can’t choose the moment a violent attacker comes after you. Only they control that, leaving it your job to be as well-prepared as possible.