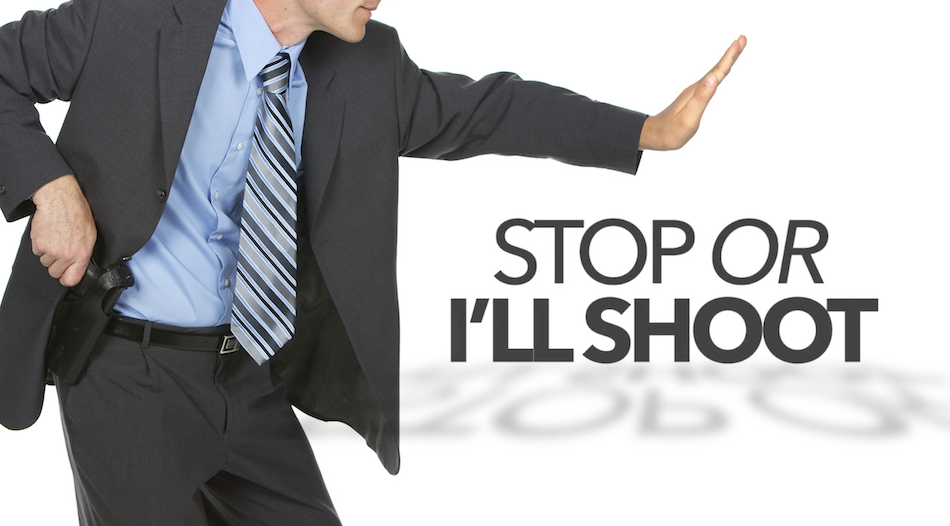 One of the worst situations that any homeowner or anyone who has a house or anywhere that's private really happens when you are burglarized. It is an awfully horrible invasion into someone's privacy. And in the context of U.S. Law Shield, we get asked a lot questions about that.

One of the questions that we frequently get asked is this type of scenario.

I come home — what if I come home and there's a burglar and he is already out of my house and running through my yard and away? Can I shoot him? The answer to that in Pennsylvania is absolutely not.

Because, remember, what we were talking about a long time ago in these video series has to do with the standard general position when it comes to self-defense. Lethal deadly self-defense in Pennsylvania is only authorized under very specific situations.

Number one, it has to be reasonable as an imminent threat, and the imminent threat has to be of a certain type, and it has to be of serious bodily injury, something that will send you to the hospital, or death, sexual assault, or kidnapping. And under that factual scenario where the guy's completely outside your house and he's gone, none of that is present. So, you can't just shoot him.

I know it feels horrible when someone is inside your house when they're not supposed to be. And boy, oh boy, is that a bad thing, but you can't do it and be on the right side of the law.

It really doesn't change, no matter what additional facts you put in that scenario. Suppose you don't see any property in their hands. Can you use deadly force when they're fleeing? Well, if you don't see any property or even if you do see property — say, it's your favorite flat-screen TV, you know, the one that you… you saved up a lot for and you got it for Christmas for yourself and your family? No, can't shoot them down because you can't articulate that imminent fear of serious bodily injury, death, kidnapping or sexual assault.

What happens if it's at night and not in the day? Well, again, you're going to have a problem.

Daytime, nighttime, it doesn't matter because, again, none of those factors that are necessary for lethal self-defense are present. Now, you can change the fact scenarios. You can imagine scenarios where it's nighttime. The guy's wearing all black, including a hood, and you can't correctly identify where he is. But if you can't identify your target, especially in a neighborhood, why are you shooting anyway? You just don't shoot blindly because someone was inside your house. That would be a ticket for criminal charges and a lot of trouble.

What happens if it's a neighbor's house?

You know, you're minding your own business and you hear a crash, and you don't see anything, and then you see some guy running out of your neighbor's house and coming across to your house? No, you can't shoot a guy dead when he's fleeing like that. Can you tell them — give them a halt command, let them know that you're armed, that you called the police? Yeah, you can do all of those things.

But shooting a warning shot is ill-advised. We have another video on that.

And also shooting at them and, you know, trying to snipe him as he's going around the corner or something like that with your .308, not advisable if you want to stay on the right side of the law. But, again, if you can articulate that there's an imminent reasonable threat — under the totality of the circumstances that there is death, serious bodily injury, sexual assault, or fear of sexual assault or kidnapping, then you have protections under the law.

I'll refer you to our other discussion about people inside the house. That has to do with the Castle Doctrine. We did another video on that. And also, “stand your ground,” when the perpetrator is actually armed and presents a dangerous situation and you are in a lawful position. Take a look at that video, but we're talking about a very specific case when someone is inside your house, or even your neighbor's house, or even someone whom you don't like's house, and they're running outside of the house and away from you and they're not posing an imminent danger of one of those four things.