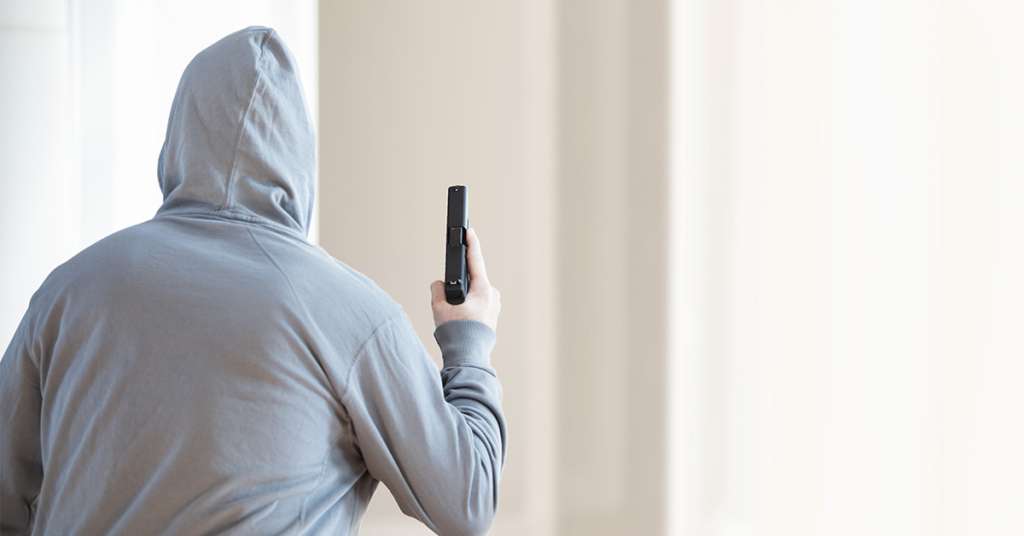 You’re setting up the open house you’ve been staging all week. It’s a beautiful day: the kind that gives you a good feeling about “today being the day”—the day you finally sell this house.

You’re putting the finishing touches on the welcome table, waiting for the first people to arrive, when you hear noises outside that seem strange and out of place. You peek out the window and catch a glimpse of someone sneaking around in the shadows of the house. Clearly, they’re not a prospective buyer.

The noises have moved to the back door. Suddenly, the handle starts to move. You’re about to come face-to-face with an unknown intruder, and you don’t have a weapon to defend yourself. But what if they have a weapon? What do you do?

Having the ability to defend yourself is imperative. But in an ever-changing workplace consisting of homes that aren’t yours, you may not know how you can defend yourself.

Well, the good news is there’s a wide range of non-lethal tools and personal safety items available to those who don’t have access to their gun, don’t own a gun, or simply prefer not to use one.

But first, let’s start by distinguishing between lethal and non-lethal weapons…

What constitutes a “lethal” or “deadly weapon?” The exact definition will vary state-by-state, but generally speaking these are weapons that are capable of causing, or do cause, serious injury or death. The most common of these are firearms, knives, and explosives, but because of the variation in state law can include a wide variety of items.

Generally speaking, a non-lethal weapon is one that does not fall into the applicable definition of “deadly” or “lethal weapon.” That is – those that are not capable of causing death or serious injury.

Almost anything can be used as a weapon in self-defense, but remember: different states have different laws regarding what non-lethal weapons are legal to carry and use for self-defense, so make sure you’re familiar with your state’s laws before choosing a self-defense tool.

Non-lethal weapons can be effective tools for self-defense if used properly. It’s important to choose one that you’re comfortable and confident using.

Some of the most common non-lethal weapons include the following:

Keep in mind, while non-lethal weapons may only temporarily stop an attack, they are great at providing crucial moments to distance yourself from your attacker. So, you should always be ready to act and escape when the opportunity presents itself.

You should also think about your normal workday and what you have available to you. If you’re hardly ever at your car, you probably don’t want to keep your personal safety tools there. Or, if you don’t generally have pockets, you may want to consider something that can be kept on your belt or keys.

Regardless, you should only carry and use weapons that you know how to use and are comfortable with.

Again, laws vary from state to state, so make sure you’re abiding by your state’s laws before choosing which non-lethal weapon is right for you.

If you have any questions regarding self-defense for real estate agents, please click here for more information about our Real Estate Agent Safety Course.