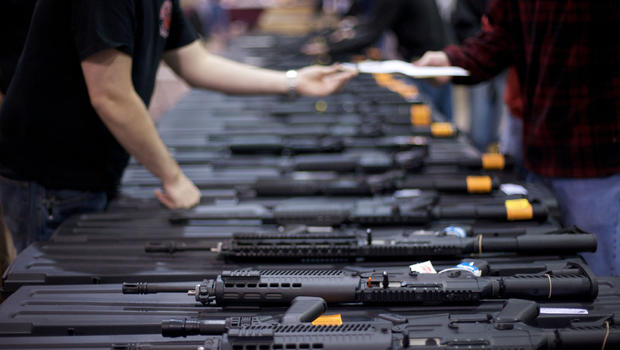 In a recent conference call to House Republicans, House Speaker Paul Ryan said he plans to allow a vote on legislation aimed at disrupting terrorist radicalization and recruitment, and that measure is expected to include a provision to prevent suspected terrorists from buying guns. But what that piece of legislation will look like is anyone’s guess at this time.

It is, however, expected to be similar to a proposal put forth a few weeks ago by Senator John Cornyn (R-Texas), according to Democrat leaders.

Cornyn’s proposal would allow the attorney general to prevent people on terror watch lists from buying guns—but only after proving probable cause, which would need to be done before a judge within 72 hours. The bill, called a “no fly, no buy” measure, has the support of the National Rifle Association.

Democrats opposed the proposal in the Senate because, they believed, it doesn’t go far enough and the standards are too high and the timeframe is too short to effectively stop potential terrorists from acquiring guns.

According to Drew Hamill, a spokesperson for House Minority Leader Nancy Pelosi (D-California), “House Democrats will keep up our efforts to push for the Majority to allow a vote on gun violence legislation, but bringing up a bill authored by the NRA just isn’t going to cut it.”

Dozens of Democratic lawmakers staged a nearly 26-hour sit-in on the House floor several days ago, staying overnight to demand action over gun control, led by Rep. John Lewis (D-Georgia).
At the time, Ryan said a vote on gun measures wouldn’t be happening any time soon. It appears he has backed off that statement.

If a bill does come up for a vote, it will be the first major vote in the House on gun measures following the recent push for gun control legislation in Congress.

The same cannot be said for the Senate, however.

Over the past few weeks, the Senate has voted on several different gun control provisions, including Cornyn’s, all of which failed to garner enough votes to pass.
Another such failed attempt, the Democrats’ initial proposal sponsored by Sen. Dianne Feinstein (D-California), would have banned people on the government’s no-fly list from purchasing a gun in the U.S.

The difference between Feinstein’s proposal and Cornyn’s is that Republicans want to require more proof from government officials that an individual is likely to commit terrorism.

A compromise bill, by Senator Susan Collins (R-Maine), had enough bipartisan support to pass a procedural vote in the Senate but lacks the 60 votes necessary to advance. The compromise bill would prohibit people on the no-fly list and the government’s selectee list, used for extra screening at airports, from purchasing guns. However, U.S. citizens and green-card holders would be able to appeal if they’re blocked from buying a firearm, and if successful, to be awarded attorney’s fees. It also contains a look-back provision so that if anyone has appeared in the government’s broad terrorism database over the last five years, the FBI would be immediately notified if they attempt to buy a gun.

According to Sen. Collins, there are approximately 109,000 persons on these watch lists.

The other two measures that failed in the Senate this month both dealt with background checks: one, from Sen. Chuck Grassley (R-Iowa), would have increased resources for the National Instant Criminal Background Check System. Another, from Murphy, would have expanded background checks for private gun sales.

But what that legislation will look like is uncertain at this point.

But, as they say, the devil is in the detail.