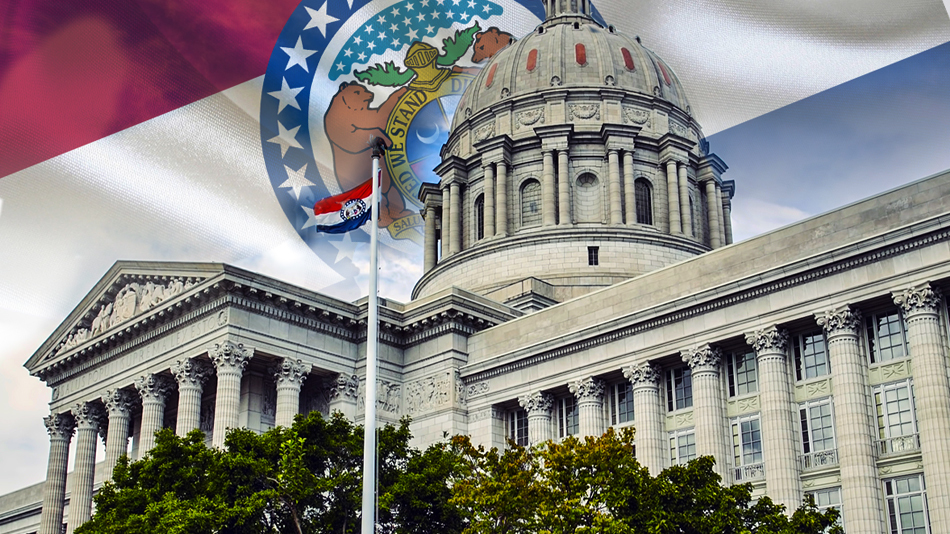 It might seem like a good idea to fire a warning shot to scare away an attacker who is about to hurt you. After all, you don’t want to kill anyone, and a warning shot might make the assailant know that you mean business. However, the truth of the matter is that a warning shot, even if legally justified in a self-defense situation, may cause you more trouble than it’s worth! A stressful arrest, criminal charges possibly leading to a drawn-out trial, and even a civil lawsuit might be in the cards for the person who decides to fire a warning shot, even when justified!

Are Warning Shots Legal Under Missouri Law?
Generally, Missouri law does not forbid nor authorize the use of warning shots under the same circumstances in which deadly force may be used. While warning shots are not directly addressed in the Missouri Revised Statutes, and the topic is somewhat of a legal grey zone, there is a small amount of discussion in the case law talking about the use of warning shots in self-defense situations. Missouri case law suggests that firing a warning shot is considered the use of deadly force, albeit to a lesser degree than a shot fired directly at another person. For example, in State v. Amschler, the Missouri Court of Appeals remarked that a warning shot fired into the ground in self-defense to scare away an aggressive assailant was considered the use of deadly force. Yet, adding to the picture is the Missouri Supreme Court’s discussion in State v. Rutter, which said that the defendant’s self-defense theory was harmed because he did not fire a warning shot or use some other less forceful option before resorting to shooting another in the back of the head in supposed self-defense.

When Can Warning Shots Be Used Legally?
Given that firing a warning shot is generally considered the use of deadly force, one will only be legal in the same circumstances in which deadly force is justified. This will include when it is fired in defense of oneself, another, or property under certain circumstances. Under Mo. Rev. Stat. § 563.031, a person can use deadly force against another when they reasonably believe it is necessary to defend themselves or another against the use or imminent use of an attacker’s deadly force or their commission of a forcible felony. This would include defending against murder, aggravated assault, home invasion, etc. Deadly force can also be used to protect against another’s deadly force used in the process of damaging property, such as during arson, burglary, or robbery.

Therefore, firing a warning shot would likely be justified in these situations. At the very least, because Missouri law is mostly mum on the subject, we can say that it is likely that a judge or jury will look to the circumstances under which deadly force may be used when evaluating what was happening when a warning shot was fired. However, the road to legal justification is not without its costs, and the toll must be paid. While Missouri law does give the justified shooter exceptions from criminal liability for the justified use of deadly force, as well as the discharge of a firearm in certain situations, this does not mean the justified shooter will not get arrested, charged with a potentially serious crime, and even sued by the very bad guy they sought to repel! The truth is that no one is immune from being arrested in circumstances in which a gun has been fired. There are a number of crimes you may be charged with related to the discharge of a firearm, even when justified.

The Missouri Revised Statutes make it a crime to discharge a firearm on, along, or across a highway, or into an outbuilding, as well as to discharge a firearm at or from a motor vehicle. Using a little common sense, we can imagine that the reason these laws were put into place were to protect the property and well-being of others who might be hit by a stray bullet. A warning shot fired in the area of a highway or into an outbuilding may result in Class B misdemeanor charges, while a warning shot discharged at or from a motor vehicle may result in more serious Class B felony charges.

What is the Criminal Liability, if Any, For Firing a Warning Shot?
Fortunately, Missouri law does provide justification for the use of deadly force as laid out above, and in Mo. Rev. Stat. § 571.030.1(9) it is a specific exception to the crime of discharging a firearm at a vehicle, person, building, or habitable structure that a shot was fired in self-defense.

However, just to drive the point home, you might be arrested and charged with a potentially serious crime even if you are justified in using deadly force against an attacker. Firing a bullet, especially in a public place, will likely startle and scare anyone who is in the general vicinity, prompting them to call the police to file a report. It may also result in the bullet penetrating through a vehicle, building, or even another person. While mitigating strategies such as firing the bullet directly into the ground may seem like a reasonable idea, ricochets and dislodged debris can strike someone, resulting in charges being filed against you. And firing up into the air is never a good idea, because gravity still works in Missouri and that bullet will fall somewhere. If it strikes someone or causes property damage, you most likely will be vulnerable from a legal system that may turn hostile and look to put you away.

Let’s Be Real
If you are faced with a situation where you are confronted by a bad guy who is willing to seriously hurt or kill you, or take the life of one of your family members, firing a warning shot may not even be a good option from a practical standpoint. In fact, Missouri case law discusses situations where defendants fired warning shots, sometimes multiple within a very short time period, and attackers were not only not scared off, but got more angry and intent on causing harm. Because a warning shot will likely be considered the use of deadly force, if you pull your gun in Missouri, you should be prepared to take the life of an unlawful assailant exhibiting deadly force towards you. After all, whether you hit the attacker or not, you run the risk of being arrested and charged with a crime.