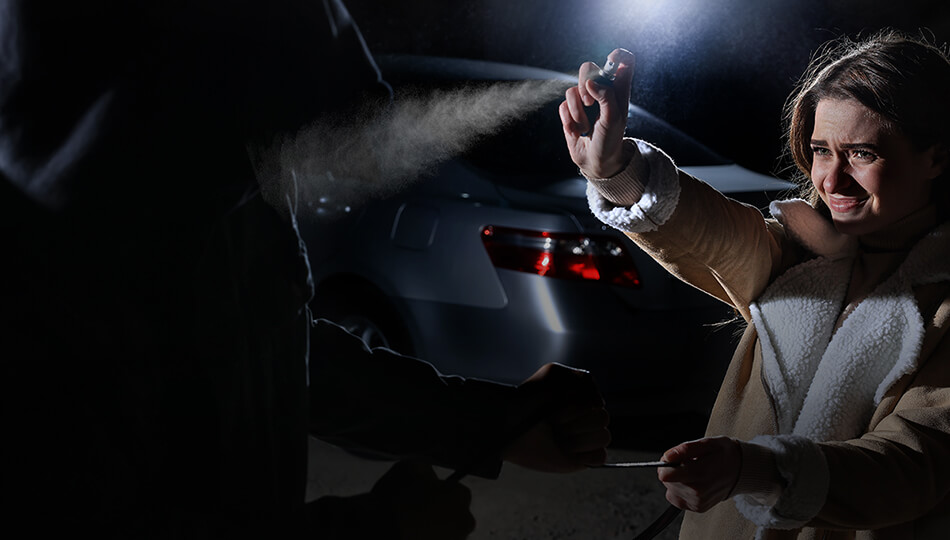 While it’s true that pepper spray, also called OC (Oleoresin Capsicum) spray, is an incredibly popular self-defense tool, it’s not the one-size-fits-all answer that many see it as. Police officers, security guards, and private citizens interested in self-defense have all utilized pepper spray effectively inside of self-defenseincidents to prevent falling victim to violent crime. In fact, pepper spray is so popular and socially accepted that in most states you can find pepper spray in the checkout line of your local hardware or big box store, right alongside the other products they sell. But there’s an important question to ask: Does the popularity of pepper spray lead to people ignoring the potential issues that could come from having it or using it?

Being able to legally obtain pepper spray isn’t always as uncomplicated as grabbing whichever self-defense chemical spray or tear gas weapon you prefer in the checkout line at your local store. Even something as simple as adding pepper spray to your shopping cart at an online business specializing in defense spraysand paying for the shipping to your property could land you in trouble with the police and possibly see you convicted of a crime, depending on the pepper spray laws of your jurisdiction.

Just because many police, security professionals, and private citizens choose to have pepper spray doesn’t mean there aren’t things that need to be considered before incorporating pepper spray into your self-defenseplans. It’s important to understand that while in the eyes of the law a less-lethal tool like pepper spray might not be seen as capable of causing great bodily harm, it’s almost certain to be seen as something that causes bodily harm. This means that you cannot simply pepper-spray a criminal or someone you suspect is about to commit a crime without meeting the legal criteria for using force.

It is unlikely that someone could plug “laws, pepper spray” into their search engine of choice and find everything they need to know regarding when deploying pepper spray would be appropriate or, more importantly, legal. That’s why consulting with a U.S. LawShield® Independent Program Attorney regarding the laws in your state is an important part of making sure that you meet all the legal requirements associated with pepper spray. Even if in general it is legal for you to have pepper spray, it’s crucial to understand that any self-defense pepper spray you carry for your own defense also makes it possible for you to commit multiple crimes, some of which aren’t always obvious, without ever meaning to.

Can Anyone Possess Pepper Spray?

See also: How To Use Pepper Spray (But Why You Probably Shouldn’t)

Why Is Pepper Spray Legal in Every State, Including the District of Columbia? 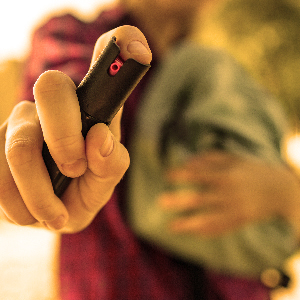 Compared to the rest of the world, America has relatively robust legal allowances for self-defense. Pepper spray is generally seen by many as something that does not cause lasting injury to those who are exposed to it, though as certain scholarly articles have pointed out, the rate of injury from pepper spray is not zero. It is generally agreed, however, that pepper spray offers a means for people to defend themselves against crime that is much less likely to cause permanent injury than something that fires a projectile or relies on a cutting or impact surface.

This perception of the relative safety of pepper spray appears to have led to an almost universal acceptance in the United States that pepper spray is a zero-consequence option for people looking to protect themselves. Even places that are traditionally seen as having relatively draconian carry laws, such asCalifornia, New York, and Washington, D.C., make allowances for people to have pepper spray on their person in public in case they are targeted for crime.

Should You Carry Pepper Spray for Self-Defense?

Making the decision to carry pepper spray should only be reached after very careful consideration. Some people who are interested in firearms for self-defense, or who already carry a concealed gun in public, view pepper spray as a silver bullet that will help solve all the issues that a firearm cannot. A good analogy to consider is one of electrical current. It is generally understood that alternating current (AC) electricity is more dangerous than direct current (DC) electricity due to several factors. However, both forms of current can cause major issues, up to and including death. Both firearms and any of the sprays available on the market, whether it’s a specific brand like Mace® pepper spray or one of the generic sprays available, can also cause serious problems for someone if used inappropriately. 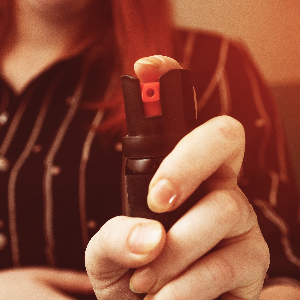 This gets us to the main point that people need to consider: While it is true that the answer to the question of “is pepper spray legal” is generally yes, that doesn’t mean pepper spray comes without a level of risk that must be mitigated. Many people understand the potential negative outcomes that can result from misusing a firearm. Very few people pay attention to the ways that pepper sprays can land someone in trouble with thelaw.

Because pepper spray is so socially acceptable, people can sometimes forget to treat pepper spray with the respect it deserves. Living in a pepper spray state with few legal restrictions regarding sprays doesn’t mean that pepper spray will be legal everywhere you go in the state. Many schools, courthouses, and even the TSA ban the possession of pepper spray in certain areas. If you decide to incorporate pepper spray into your daily life, it is still incredibly important to remember that it’s not legal in all places.

Another thing to keep in mind before thinking of any of the sprays available as some sort of “fix” for any encounter with a criminal you might find yourself in: There is a section of the criminal element who has been exposed to pepper spray multiple times. While multiple exposures to pepper spray might not result in a change regarding the physical effects, repeated exposure can certainly lessen the psychological effect of pepper spray on a person. While pepper spray can be effective, it’s important to remember that the people most likely to commit a crime against us are also the people most likely to have already had an experience with pepper spray.

The availability of a wide range of tools for personal protection is a good thing. Just make sure that before you decide to incorporate any weapon into your daily life, you educate yourself regarding the laws pertaining to that tool. Pepper spray is not something you can throw into your pocket and just forget about until the day you need it. Also, depending on your jurisdiction, there may be some not-so-obvious ways that you can land yourself in trouble with pepper spray. As always, contact your U.S. LawShield Independent Program Attorney for any questions you have regarding weapon laws in your jurisdiction.

Can pepper spray be used for self-defense?

Pepper spray may be used for self-defense, but it is important to know the laws of the state you reside in. Depending on the jurisdiction, certain kinds of spray may be illegal. For instance, California bans any pepper spray product that isn’t an aerosol spray. Pepper spray should only be obtained by people willing to put serious effort into learning how to use it effectively and responsibly.

Can you use pepper spray in a fight

Is it legal to carry around pepper spray?

All states, even California and New York, have some sort of allowance for carrying pepper spray. If you are concerned about crime and want to carry spray for self-defense, check your state-specific laws to see what spray is allowed and whether you meet the requirements to carry it. Keep in mind that while pepper spray may be allowed at the state level, there are still many individual locations where spray is prohibited.