Home / Blog / Where Did Our Freedoms Go?!

Where Did Our Freedoms Go?! 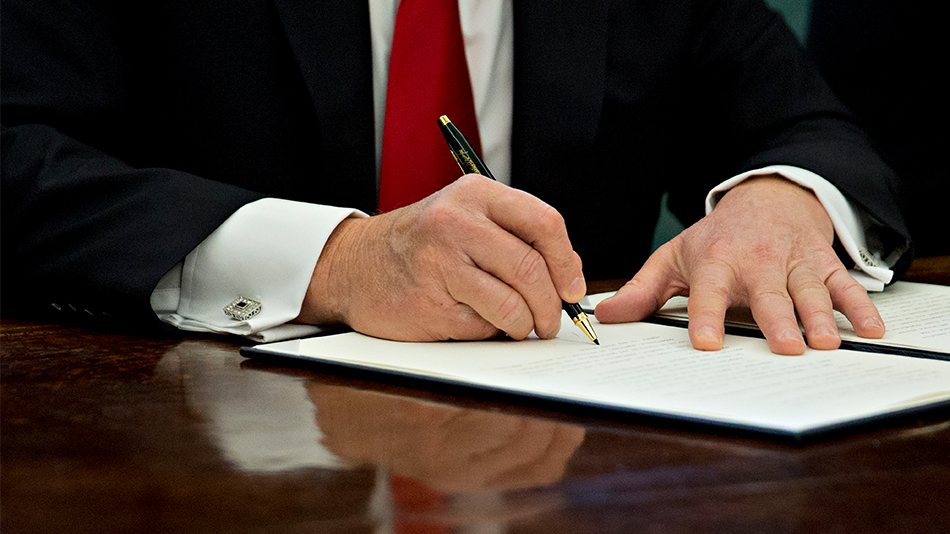 Many of our freedoms seem to have disappeared right before our eyes; no explanation needed, no permission needed, and no votes cast. How could this possibly happen without more involvement among the people of our country? It’s all linked to two words: executive orders.

In this two-part article, we examine the subject and history of executive orders. How do they end up affecting everyday life? Can executive orders infringe on our right to keep and bear arms?

We begin with federal executive orders. In our next newsletter, we will cover state executive orders issued by our governors. These state-based executive orders have certainly been in the news throughout the pandemic as states have tried to “slow the spread” of the COVID-19 virus. But for now, let’s start at the top of the U.S. executive branch.

The Authority of the President

The Extraordinary Power of Presidential Orders

Although executive orders are directives to the government and federal agencies—rather than individuals—many historic examples demonstrate the impact on individual rights. If an agency is forced to change a policy because of an executive order, then that policy can directly affect the average American.

In the many years since our founding as a country, there have been some noteworthy executive orders issued by the President that greatly affected people; some severely limited their rights under the Constitution, and seem outright antithetical to our American ideals. Here are some noteworthy examples:

Another noteworthy FDR action occurred on April 3, 1933 when President Roosevelt signed Executive Order 6102, requiring Americans to surrender their gold (other than gold jewelry, gold coins, and a very small amount of gold bullion) to the government for payment of the then prevailing value of the gold surrendered.

If you could be forced to surrender gold by executive order, is it a stretch to think that guns could go the same way? To date, a mandatory buyback has never been attempted. One failed 2020 presidential candidate, memorably proclaimed during a debate in Houston, that “Hell yes, we are going to take your AR-15, your AK-47.” Possibly, this candidate was thinking of issuing an executive order?

Beyond executive orders, the President has other executive powers, such as issuing a proclamation and/or memorandum. A recent example of this is the banning of bump stocks. In 2018, President Donald Trump used his executive power, through memorandum, to require the Bureau of Alcohol, Tobacco, Firearms and Explosives to ban bump stocks by changing their regulations. Of course, President Trump is not the first to use his executive power to restrict firearms. After the Sandy Hook Elementary School shooting in 2012, President Barack Obama issued several executive actions involving gun control. These actions included:

Executive orders are a powerful tool of government that can easily change depending on the particular Commander in Chief and their desired policies. This is why it is extremely important to research all candidates for elected office (especially a presidential candidate) to understand his or her position on gun control and policy. Your votes can and will affect American gun rights!

Be sure to look out for Part 2 of this story in the upcoming newsletter. For more information about how a federal executive order can impact your rights, contact U.S. LawShield and ask to speak to your Independent Program Attorney.