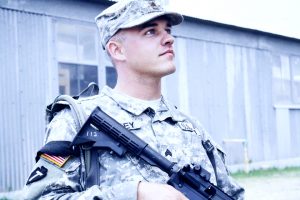 Here at U.S. LawShield, we care about the communities we serve because we are your neighbors, your friends, and your family members. Take a look behind the scenes and meet Jonathan Rowley, Lead Web Developer and First Aid for GunShot Wounds Certification Program Instructor at U.S. LawShield.

Before beginning his career with us, Jonathan found a passion for problem-solving and troubleshooting from over 10 years of experience in medical rescue. Since then, he has shifted his career and focus to his computer skills and graduated with a Bachelor’s degree in Cybersecurity.

Jonathan first joined the U.S. LawShield family in March 2016 as Lead Web Developer, with over 10 years of applied experience in the industry. As U.S. LawShield has grown within the states and continues to offer even greater service to its members, Jonathan maintains all current systems within the company as a Subject Matter Expert; contributing feedback and working alongside the development team to create all new websites and portals.

In addition to working at U.S. LawShield, Jonathan currently serves in the Army National Guard, having first begun his service in 2007, and previously served in the Marine Corps for 4 years. With 15 total years dedicated to this great country, Jonathan plans to retire from active military duty soon but will continue to serve his countrymen as one of the lead instructors in U.S. LawShield’s First Aid for Gunshot Wounds Certification Program.

Jonathan is no stranger to guns. His first gun was a Taurus 911 9mm and his current favorite is his AR-15, as it reminds him of competition shooting in the Marines. As a gun owner and a veteran, he advises all to respect your gun as you respect yourself. If you are in need of self-defense tips, Jonathan recommends getting distance, seeking cover if possible, and shooting straight.

We thank Jonathan for his service and work here at U.S. LawShield, as his problem-solving and first-hand medical expertise refines the U.S. LawShield member experience.