Home / Blog / Coronavirus and Your Right to Carry in Georgia

Coronavirus and Your Right to Carry in Georgia 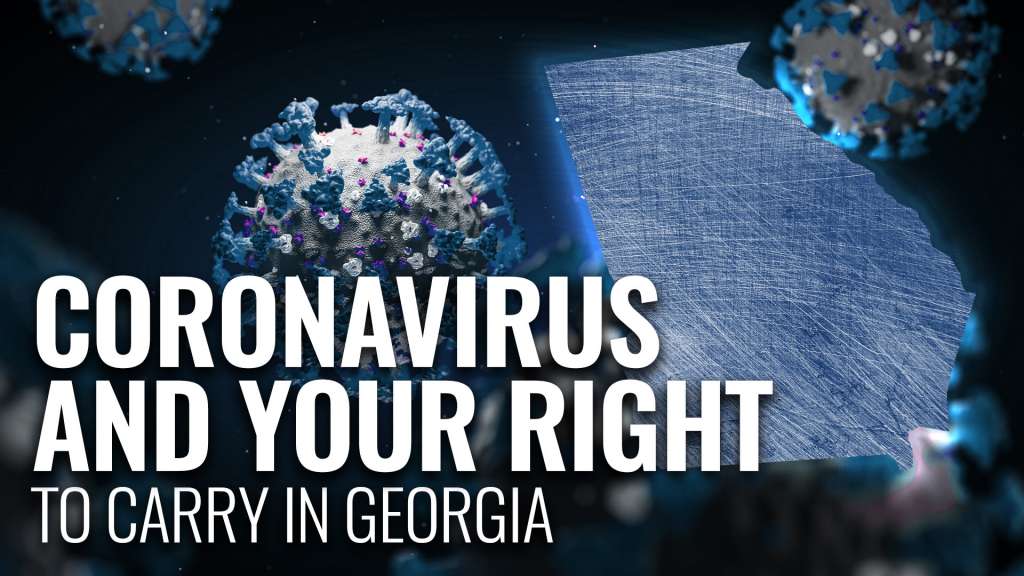 The World Health Organization has declared the 2020 Coronavirus known as COVID-19 a “worldwide pandemic,” and countries – including the United States – are taking extraordinary measures to slow the spread of the virus. In times such as these, everyone inevitably will ask:  how far can governments go to protect us? Can a declared State of Emergency affect our rights to possess firearms, to protect our families?

Georgia law does not specifically address weapons and evacuation for disasters or declared states of emergency. There is no statute that describes a certain method for carrying firearms during a State of Emergency.

Confiscation of Firearms During a State of Emergency

“No official or employee of the state or any political subdivision thereof, member of the National Guard in the service of the state, or any person operating pursuant to or under color of state law, while acting during or pursuant to a declared State of Emergency, shall:

The language of this 2014 state law very closely follows the language of the federal Disaster Recovery Personal Protection Act of 2006, which amended federal law to protect American citizens from firearms and ammunition confiscation, prohibition, and registration by the federal government. This law can be found at 42 USC § 5207 and is known as the Disaster Relief and Emergency Assistance Act. It also prevents the government from restricting, prohibiting, or seizing firearms and ammunition that were lawful before the State of Emergency was declared.

The good news? Both Georgia AND the federal government have laws restricting confiscation of firearms during states of emergency. So, if you find yourself in the midst of a natural disaster, a pandemic, or a declared State of Emergency, keep your head, protect yourself and your family, and if you must evacuate or isolate, rest assured you can do so lawfully with your firearms.

For questions on what to do in the event of a natural disaster and State of Emergency, contact U.S. LawShield and ask to speak to your Independent Program Attorney today.