There is a “new” case that came out that is making its way around the internet. It is the case of Commonwealth v. Goslin. Perhaps you’ve heard about it, maybe you’ve read it. If you haven’t read it yet, you should. You can find the text here. To me, this case creates more questions than it does answers. A lot of chatter is going around about this case – in particular some claim this case stands for the proposition that you can now carry a firearm on school property if you have a Pennsylvania License to Carry a Firearm (LCTF).

The fact of the matter is that this case DOES NOT say that any law abiding gun owner can now carry a firearm on school property. This case also does not say that you can carry a knife or other weapon on school property, even if you do possess that weapon for a lawful purpose.

So then, what does this case say?

The short answer to a fairly involved case is that to have a defense to possessing a weapon on school property, the lawful purpose does not have to be related to the reasons you were at the school. I know – not very helpful.

The main question that this case brought to mind when I read it and maybe came to your mind as well is whether or not self-defense is considered a “lawful purpose” under the law allowing you to carry a firearm or another weapon on school property. The answer is that at this point we don’t know. No one knows. But there is reason to fear that if you carry a weapon of any sort onto school grounds that perhaps this “lawful purpose” may not save you if you are convicted and appeal. Therefore, our advice at USLS of PA and here remains that K-12 schools are still a “hot zone” when it comes to all weapons.

Let me offer a little background about the facts of the case and then the ruling of the case so that you can see why our advice remains the same as it did before this case came out.

On September 4, 2014, Andrew Goslin attended a meeting at his son’s elementary school following his son’s suspension for 3 days for bringing a knife to the school. Andrew went to the meeting straight from work. He is a carpenter and carries with him a 3-4 inch pocket knife which he uses for work. Incidentally, he also uses that knife to sharpen pencils, open tuna cans when his wife forgets to pack a can opener, and to whittle sticks with his son. Andrew was understandably quite upset about what had happened to his son and the meeting was tense at times. At one point, he took the knife out of his pocket, slammed it down on the table and asked if he was going to be arrested as well. The knife was never opened. It was never pointed at anyone. No threats were ever made to anyone during the course of the meeting. Andrew was ultimately charged with a crime for unlawful possession of a weapon on school property.

The law he was accused of violating (Section 912 of the crimes code) does have a built in defense which states that if you possess the weapon in conjunction with a lawful supervised school activity or course or possessed for “other lawful purposes,” you cannot be convicted of the crime.

The real question in this case surrounded “Is the ‘other lawful purposes’ defense even available if there is no school activity?”

The trial court found that though Andrew’s possession may be lawful outside of school because that lawful purpose is not in connection with any school activity the defense does not apply to him. He was found guilty.

The case was appealed. When you appeal a conviction, it goes to a 3-judge panel of Superior Court judges. When they reviewed the case, that panel of 3-judges agreed with the trial court. The conviction stood.

When Andrew went on to further appeal, he won the opportunity to have his case reheard before an en banc panel (meaning 9 judges of the Superior Court rather than 3). That 9-judge en banc panel reversed that 3-judge earlier ruling. It issued an opinion that said the defense of “other lawful purposes” is available even if there is no school activity. But it did not acquit Andrew. It ordered the conviction overturned and the matter set for a new trial.

And though, as I said previously, there is a lot of chatter about this case being a landslide victory for 2nd Amendment rights, it is important to understand what was actually decided by this court and what was not. To be clear, the lawyering performed at that en banc level was quite good. This can be considered a victory in the sense that the original outcome by the 3-judge panel was so bad that it would have been just awful for us all to live with. So in avoiding the absolute horrible situation to get it back to square one can, in a sense, be considered a victory. But there still looms the trial for Andrew. But still there looms the question of does the activities that Andrew said he possessed the knife for, namely work, opening tuna cans, whittling pencils, whittling sticks with his son (but most noticeably absent was self-defense) and that it was on school grounds make for an acquittal?

Plainly stated, the court looked at the language of the statute (the law) and the way the defense is worded. The allowable defense for possession of weapons on school property has two clauses. The first states that it is lawful if it is possessed in conjunction with a lawful supervised school activity or course. The second states that it is lawful if possessed for other lawful purposes. In deciding this case, the en banc panel of the Superior Court found that they are indeed two separate clauses and because of the rules of how we parse out the law, the Court must interpret that second clause free and independent of the first clause. What that means for this case is that possessing a weapon on school grounds for a lawful purpose does not mean that the lawful purpose has to be in conjunction with a lawful supervised activity or course. That (the possession has to be for lawful purpose in conjunction with a lawful supervised activity or course) is what the trial court thought, and the 3-judge panel affirmed, but according to the 9-judge panel they were both wrong.

For Andrew and this specific case, this opinion does not mean that his possession of a knife at the school under these particular circumstances automatically qualifies as a lawful purpose within the bounds of the defense. The 9-judge panel of the court did not find that possessing a knife that is used at work, for sharpening pencils, or opening tuna cans is a lawful purpose under the law and therefore an automatic not guilty. What this does mean for Andrew is that he gets to take his case back to trial and the trial judge (or jury—this would be a much better jury trial, it sounds like) will have to determine if his possession of the knife was for a lawful purpose, and the judge cannot say that because his lawful purpose was unrelated to a school activity, it is therefore unlawful.

What does that mean for the rest of us?

Good question. It means that if you possess a weapon on school grounds and you possess it for a lawful purpose, such as a knife used for work, or a baseball bat that you bring to school because you have a club baseball game after school, you may have a defense to unlawful possession of a weapon in a school. I say “may” have a defense because it is clear from the opinion that each case will have to be decided on a case by case basis – each being evaluated on its particular facts.

Is possession of a weapon for self-defense purposes (and no other reason) considered a “lawful purpose” under §912(c)?

Can I carry my folding knife or clinch pick to my daughter’s school because I carry it everywhere for self-defense?

What if I carry a knife because you never know when you might need one for utility purposes like opening up one of those over-packaged impossible to open containers that everything seems to come in? 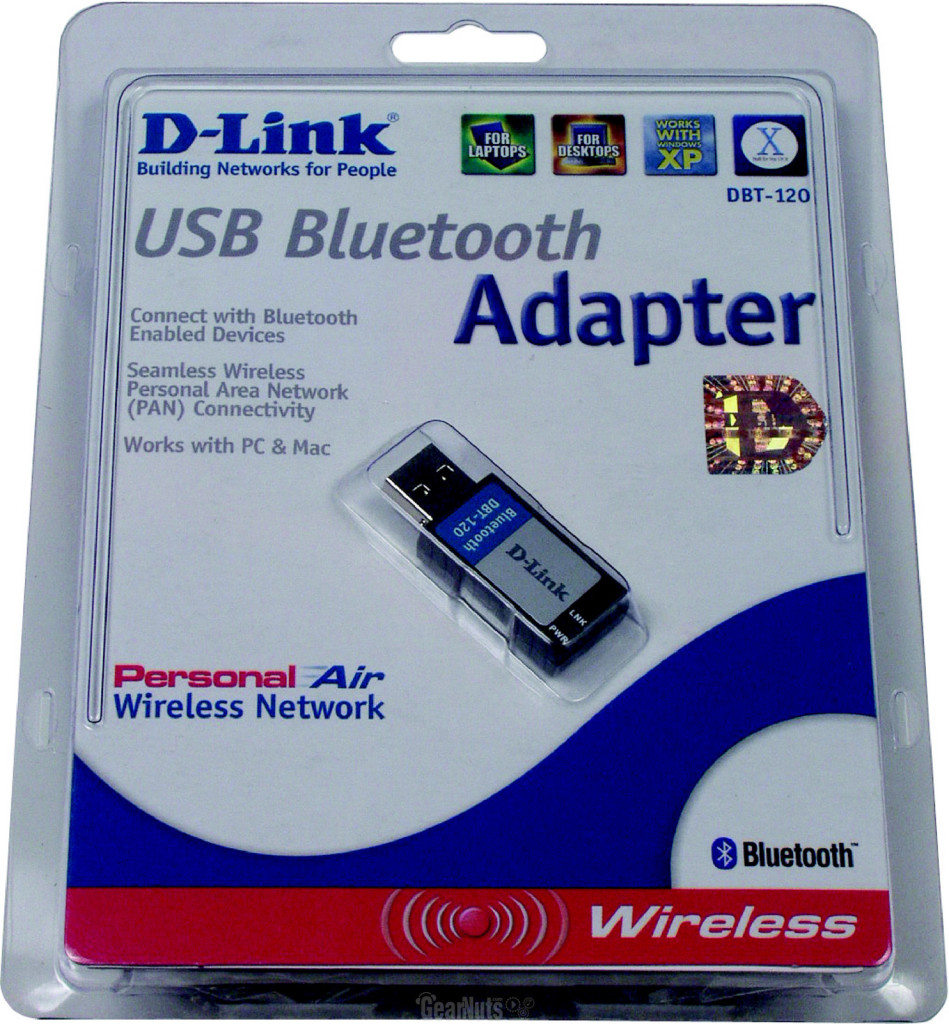 Good luck opening up something like this without a knife

Are any of these considered a “lawful purpose?”

All of that being said, we still suggest that you should not bring a firearm, or a knife, or any other weapon to a school – even if you believe you have a lawful purpose to possess it. The law in this area is still not settled. Remember it is a defense, meaning that they can and may charge you. Then you have to assert the defense and prove it up.

Perhaps the scariest part of the case is where the 9-judge opinion suggested in a footnote that they believe that weapons in a school are a problem. They also suggest that the intent of the legislature has either changed since the law was enacted in 1980 or the language of the statute does a poor job of representing the legislative intent of preventing weapons on school grounds. They actively invite and encourage the legislature to reevaluate the language of the statute. It seems apparent from this footnote that the even this 9-judge panel believes that the “other lawful purpose” clause of §912(c) is overly broad and therefore limits the effectiveness of the statute by allowing anyone to bring a weapon to a school and not face the criminal repercussions of such action as long as they can make a claim that they possess it for a lawful purpose. The footnote suggests that the Court thinks the legislature should either eliminate the “other lawful purpose” clause of §912(c) or in some way alter the language to limit when a person can bring a weapon onto school property regardless of whether they own or possess it for a lawful purpose.

The end result of this persistent controversy over schools and weapons under Pennsylvania law may be a long ways away. No one wants to be the guinea pig and bring a gun to school just to see if that possession for self-defense as a defense under the law will stand up as a lawful purpose in bringing a firearm to school in Pennsylvania. So we suggest still that it is best that if you are going to a K-12 school or school grounds, it is best to leave the guns and weapons at home. — By Katherine McShane, Esquire and Justin J. McShane, Esquire, F-AIC, F-AAFS