Bail vs. Bond – What’s the Difference? 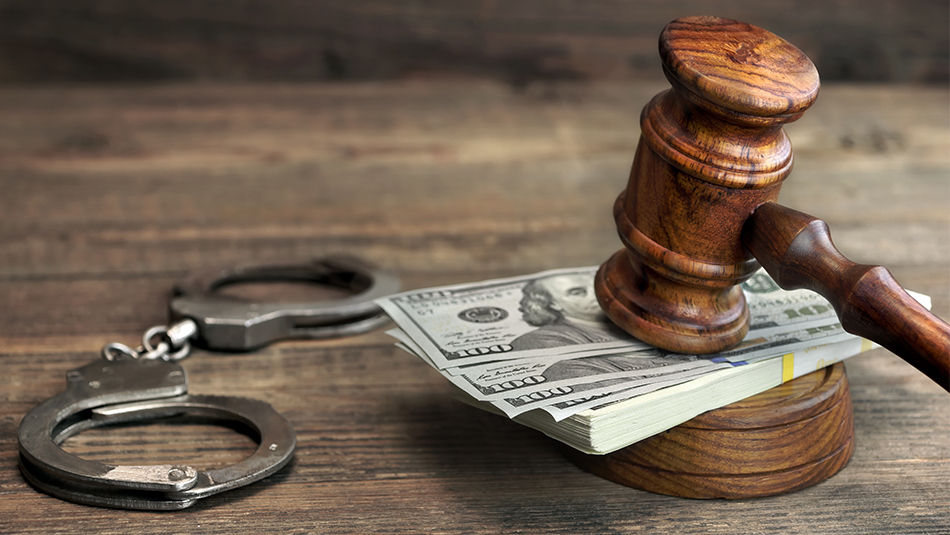 What is Bail vs. Bond?

Any person accused of committing a crime is presumed innocent until proven guilty in a court of law. Therefore, a person charged with a crime should not be denied freedom unless there is a good reason.

When a person is arrested, they ordinarily have a right to seek temporary release from custody through a process of “making bail” or “posting bond.”

The terms “Bail” and “Bond” get tossed around frequently.  When criminal defendants are released from custody, some are "bonded out" while others are "bailed out." If you consume enough criminal news, the two terms start to look interchangeable, as though they both mean the same thing.

While they both have the same effect -- temporary freedom -- they're actually different. The difference between bond and bail is a subtle one, but it ultimately comes down to the source of the money. Both terms obviously allow a criminal defendant to get out of jail and enjoy temporary freedom while awaiting the next court appearance. The difference between the two terms hinges on who is posting the money and what is offered as payment.

Traditionally, bail is some form of property, generally in the form of cash or cash substitute, deposited or pledged to a court to persuade it to release a suspect from jail, on the understanding that the suspect will return for trial or forfeit the bail. This property is held by the court till all the proceedings are over.

Judges are responsible for setting bail. Because many people want to get out of jail immediately (instead of waiting for a day or longer to see a judge), most jails have standard bail schedules that specify bail amounts for common crimes. An arrested person can often get out of jail quickly by paying the amount set forth in the stationhouse bail schedule.

If a suspect wants to post bail but can't afford the amount required by the bail schedule, the suspect can ask a judge to lower it. Depending on the state's procedures, a request for lowered bail may be made either in a special bail hearing or when the suspect appears in court for the first time (usually called the "arraignment").

In other instances, the amount of bail will be set by the judge.

The Eighth Amendment to the U.S. Constitution requires that bail not be excessive, though prior to 1966 there was no inherent Constitutional right for a Defendant to be offered bail in the first place. In 1966, Congress enacted the Bail Reform Act of 1966, which changed that by giving non-capital defendants a statutory right where a Constitutional right was lacking, to be released, pending trial, on his personal recognizance or on personal bond, unless the judicial officer determines that such incentives will not adequately assure his appearance at trial. In that case, the judge must select an alternative from a list of conditions, such as restrictions on travel.

Individuals charged with a capital crime, or who had been convicted and were awaiting sentencing or appeal, were to be released unless the judicial officer had reason to believe that no conditions would reasonably assure that the person would not flee or pose a danger. This meant that bail should not be used primarily to raise money for the government; it was also not to be used to punish a person for being suspected of committing a crime. Remember: The primary purpose of bail is to allow the arrested person to remain free until convicted of a crime and at the same time ensure his or her return to court.  However, many judges set an impossibly high bail in particular types of cases, knowing that the high bail will effectively keep the suspect in jail until the case is over. (The U.S. Supreme Court has indicated that pretrial detention on the basis of dangerousness is not per se unconstitutional. (United States v. Salerno, 481 U.S. 739 (1987).))

In 1984 Congress replaced the Bail Reform Act of 1966 with new bail law, codified at United States Code, Title 18, Sections 3141-3150. The main innovation of the new law is that it allows pre-trial detention of individuals based upon their danger to the community instead of based solely upon their flight risk.

18 U.S.C. § 3142(f) provides that only persons who fit into certain categories are subject to detention without bail: persons charged with a crime of violence, an offense for which the maximum sentence is life imprisonment or death, certain drug offenses for which the maximum offense is greater than 10 years, repeat felony offenders, or if the defendant poses a serious risk of flight, obstruction of justice, or witness tampering. There is a special hearing held to determine whether the defendant fits within these categories; anyone not within them must be admitted to bail.

This also explains why an insanely rich criminal might be forced to pay a seemingly impossible amount of money. Look at Wall Street tycoon Michael Milken, who was able to pay his $250 million bail after he was arrested for 98 charges for insider trading. There is also the issue of someone deemed too dangerous to be released from police custody — they definitely won’t get bail.

When bail is set, a criminal defendant, or someone acting on behalf of the defendant, provides money as insurance that they will return to appear in court at a set time. In any case, if the defendant doesn’t make good on that promise to return to court, the money is not refunded and the court may issue an arrest warrant for the defendant’s failure to appear.

But what happens when you don’t have the money to make bail? This is where a “bond” comes into play.

By a surety bond, a third party agrees to be responsible for the debt or obligation of the defendant. In many jurisdictions this service is provided commercially by a bail bondsman, where the agent will receive 10% of the bail amount up front and will keep that amount regardless of whether the defendant appears in court.

To get the bond, the defendant often offers serious collateral, like their house or car in addition to the 10% fee to the bail bondsman for making the “loan.”  Next, a bail bondsman pays the court part of the total bail. And if that defendant tries to flee or doesn’t show up as promised, the bondsman will have to pay the rest of the bond to the court and sic Dog the Bounty Hunter after them.

However, there is another form of bond known as a signature bond. For less serious offenders, they can sign a bond, promising on their own recognizance that they’ll return to court.

There you have it — you can tell all your friends about bail vs. bond! (Hopefully not asking them for it at the time!)